For Shawn McCarty, science and experimentation have been at the forefront of all his endeavors. From running a handyman business, a gardening business, a home buying/renting business, a home recording studio, and working in the film industry as a digital imaging technician, Shawn has done, and seen, it all. 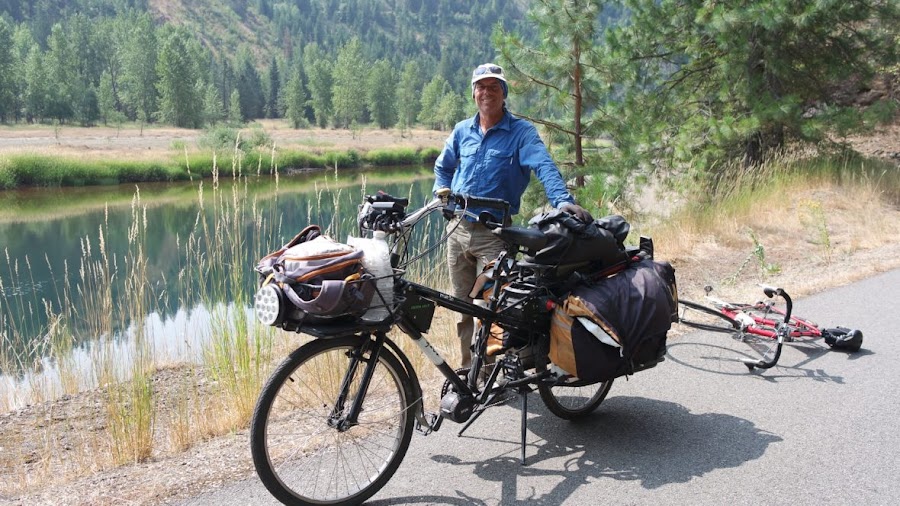 But Shawn’s current business was started from a desire to find the perfect battery configuration for e-biking. With a focus on sustainability and self-sufficiency, Shawn used an e-bike trip around the USA as an experiment to discover what limitations and servicing people could expect to encounter when using his new battery packs. But his journey started all over the world on his ‘push bike’ tours of several countries across several continents.

“On my ‘push bike’ tours of Tanzania, Europe, Morocco, the East and West coasts, and the Canadian Maritime provinces, the motivation was because I loved adventure and wanted to travel. Bicycle touring was the only way I could afford to take such long trips. It's really cheap and you see a lot, especially when you stealth camp and cookout.” 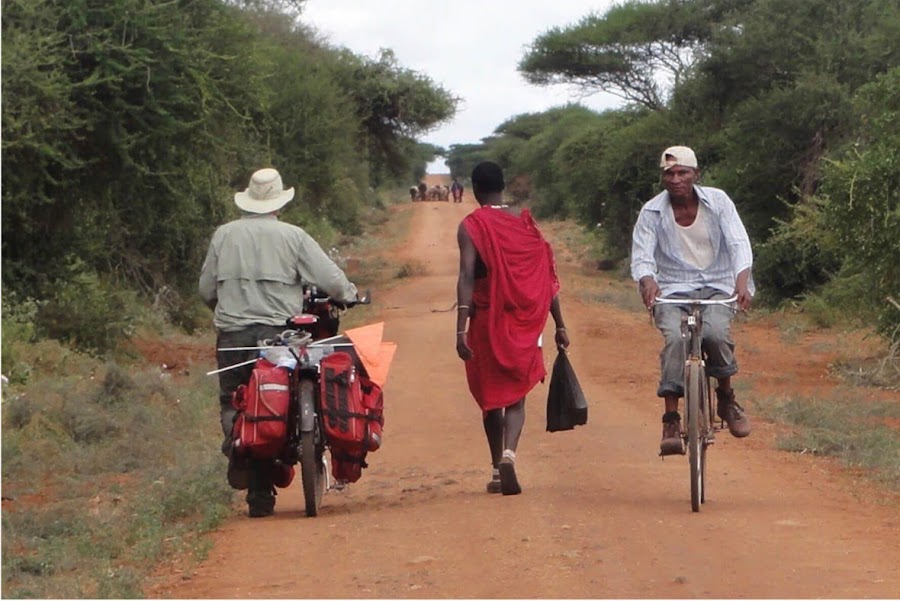 “After finally touring Europe on a pushbike, I couldn't accept that I needed a car in the states. I had my girlfriend sell my car while I was out cycling Europe, and used the money to travel. When I returned to Florida I needed to cycle places without arriving in a drenched sweat, and so I built an e-bike. I could charge it with my rooftop photovoltaics easily. I loved it and began wondering about marrying e-biking and cycle touring and hatched the Loop the USA Idea. But first, I needed a 100-mile serviceable battery! There are always a lot of repairs to gear when adventure traveling, and the battery was the most critical part of an e-bike tour.”

So Shawn set out to design a battery pack that could be serviceable on long road trips, was repairable on those trips, and accessible by anyone that wanted to charge their e-bike quickly and easily. 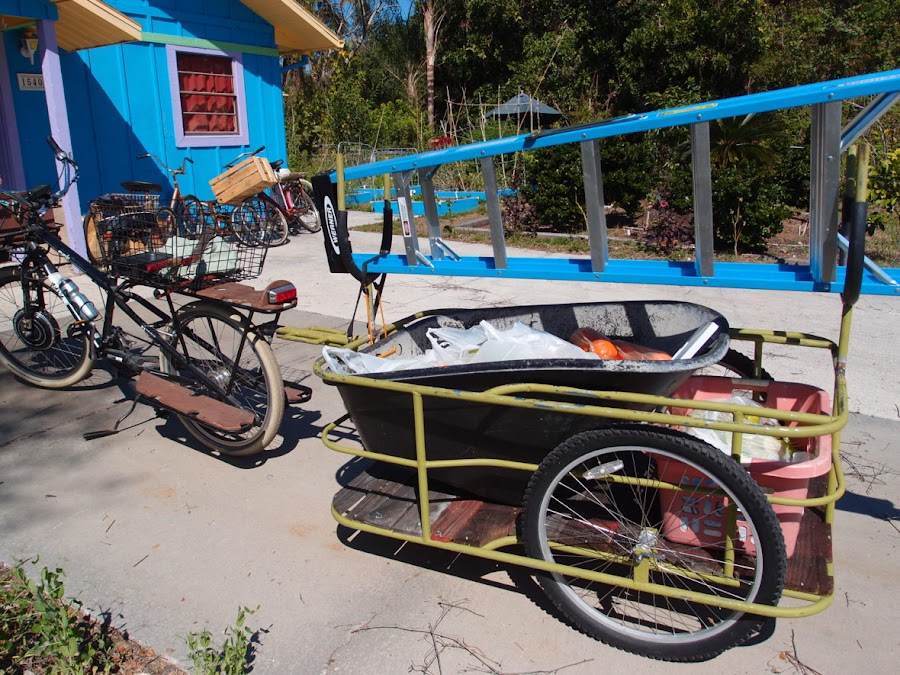 “After half a year of failing forward, and two trash bags of prototypes, I came up with a design and built an e-bike and set out to loop the USA. I wanted to show that e-bikes were great for longer trips - that they were not just fads or toys. I also wanted to see if it was possible to tour without knowing where you are going to charge; to see if there are enough open outlets out there to make that possible.”

So Shawn planned an incredible tour of America to test his e-bike battery pack in grand fashion - with the Loop the USA tour. “The Loop the USA trip - from Florida to Southern California, to Washington State to Maine, and back to Florida - was to test my repairable battery concept and to test an e-bike as a touring bike.”

Right after beginning his massive USA tour, he hit his first speed bump. “The battery failed. I took it apart, figured out why - electrolysis - repaired it and kept going. After four months and 10,000 miles I had circled the USA and arrived back at my home. I charged for free using public outlets. I camped almost every night. So I had a lot of time to think and I came up with a better design that did not use dissimilar metals, the source of my battery failures. And that design became today's BatteryBlocs.”

BatteryBlocs enable hobbyists to assemble batteries that they can bolt together and repair themselves. Made of ABS printed with large nozzle sizes, the BatteryBlocs are extremely durable and capable of withstanding high and low temperatures. “I was looking for a way to make plastic cases to hold batteries. I looked at injection molding and subtractive machining, and I discovered 3D printing and was curious so I bought a MakerGear M2. I was in love with the idea of moving through design iterations in hours. I can design and 3D print a concept in a day, hold it, look at it from all angles, think about it and test and correct it, and then print the improved design tomorrow. The design speed is incredibly fast and convenient.” 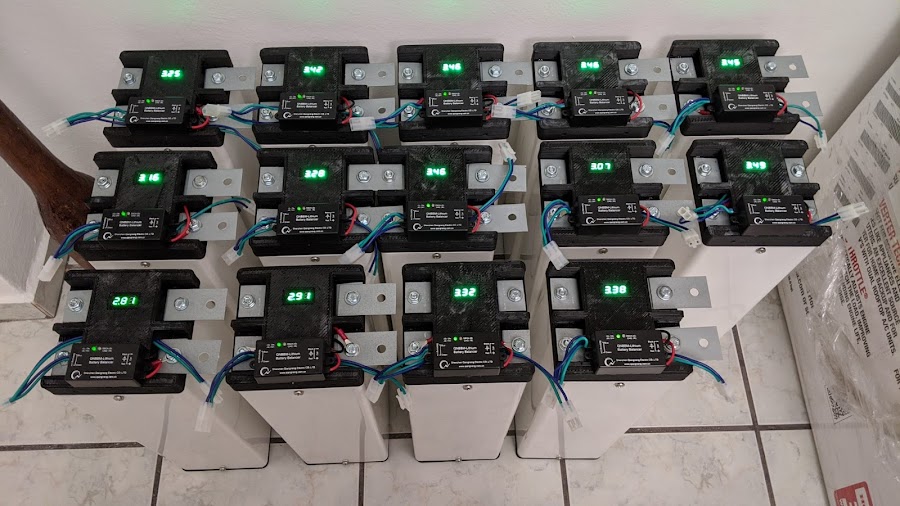 “I thought that with enough 3D printers and careful management that manufacturing at scale was doable. The challenges seemed more manageable than injection molding or machining with the added benefit of enormous design flexibility. In addition, I have a large number of different parts in different configurations that I sell. It would be financially and organizationally burdensome to manufacture fifty different parts with fifty different molds, to order enough of them and hope they sell while storing them somewhere. It is so much easier to manufacture on-demand, so I keep a small inventory of pre-made parts, usually enough to fill small orders. I pull from these and simultaneously print replacement inventory. It is pretty close to manufacturing on-demand.”

Currently, Shawn employs several MakerGear 3D printers, Creality CR-10s, and a LulzBot Workhorse for production of his parts. He also currently uses Matterhackers ABS after experiencing the sensitivity of PLA with temperature post-printing. “I was noticing that older BatteryBlocs were becoming brittle. Then a customer told me that he had left a battery made of BatteryBlocs in the dash of his car in Texas, and when he returned the plastic had deformed. I needed to change plastics. ABS and the Lulzbot Workhorse with the 1.2mm nozzle allow me to create strong prints incredibly quickly.”

While he runs a successful venture using 3D printing, Shawn sees room for improvement in 3D printing. “I would like to see machines that are designed for production. They would remove the parts from the bed automatically and return to printing. I would love to tell my printer the number of parts that I want, the types of parts I want, and return in the morning and find sixty-three of them in a bin and my 3D printer shut off.”

“In addition, 3D printers are still really fidgety, finicky machines. All that I have used at least. Like pets, you get to know the quirks of each of your machines. They must become more like an ink printer, I never fidget with those.”

In addition to the BatteryBlocs Shawn produces, he also designs and 3D prints other items like Powerwall Caps and Fencepost tube batteries, which will be coming to his website soon.

You can also see videos of Shawn’s previous tour bike adventures, as well as instructional videos on BatteryBlocs here: