3D printers are the ultimate customization tool. They can help expand any hobby. Seriously - we've covered someone who uses 3D printing for ocean kayaking, to someone who uses it for building combat robots. 3D printers really can do some incredible things. Something that we love here at MatterHackers, though, is when one persons' passion turns into a business, and, thanks to 3D printing, is then shared with others. David Martin, our November Hacker of the Month, started his company, Dicey Ventures, which created The Elemental Village, table-top fantasy game pieces that are 3D printed.

David Martin of Murfreesboro, Tennessee, has a background in the table-top gaming industry, specifically roleplaying and war games. 3D printing wasn't integrated into his creative process until the end of 2015. Martin stumbled across Joel Telling's YouTube channel, The 3D Printing Nerd, and after viewing a few videos, he was hooked. "After seeing a couple of his videos, I knew I was going to be hooked. I found several other channels shortly after that, like Maker’s Muse, and I knew this was a hobby that I needed to be into," said Martin. 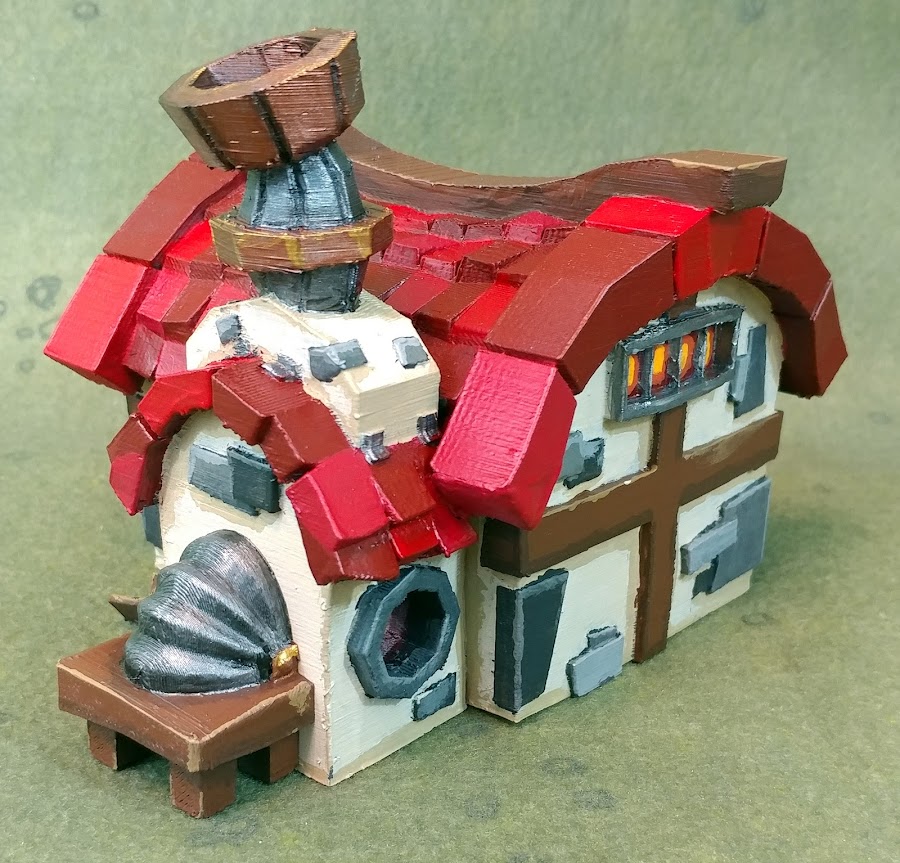 After Christmas of 2015, Martin purchased his first 3D printer, a Wanhao i3, but quickly upgraded to a Robo3D R1+, and has assembled a small fleet of printers since. He uses mostly PLA filament for his game pieces and other projects. "PLA has been great at doing everything I’ve wanted out of it," explained Martin, "from the cheaper stuff to more premium filament and even exotic stuff like woodfill, I like PLA." 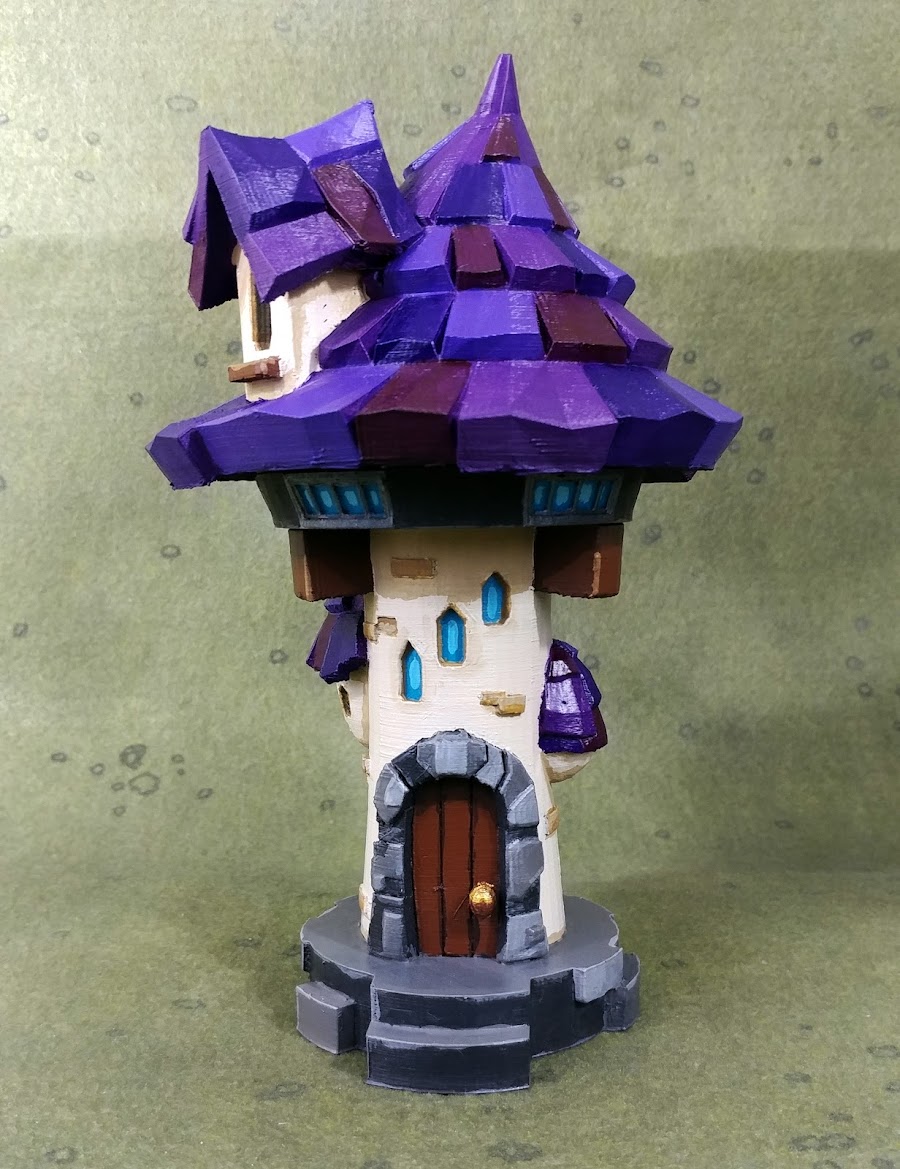 The Elemental Village prints are a line of table-top gaming terrain that is published by Martin's company, Dicey Ventures Studios, or DVS. "I started DVS a few years ago to start bringing out new and interesting things that the table-top industry hasn’t seen yet," said Martin. "3D printing was just beginning to make an introduction to the table-top crowd at the time, and the interest from the hobbyists is growing." 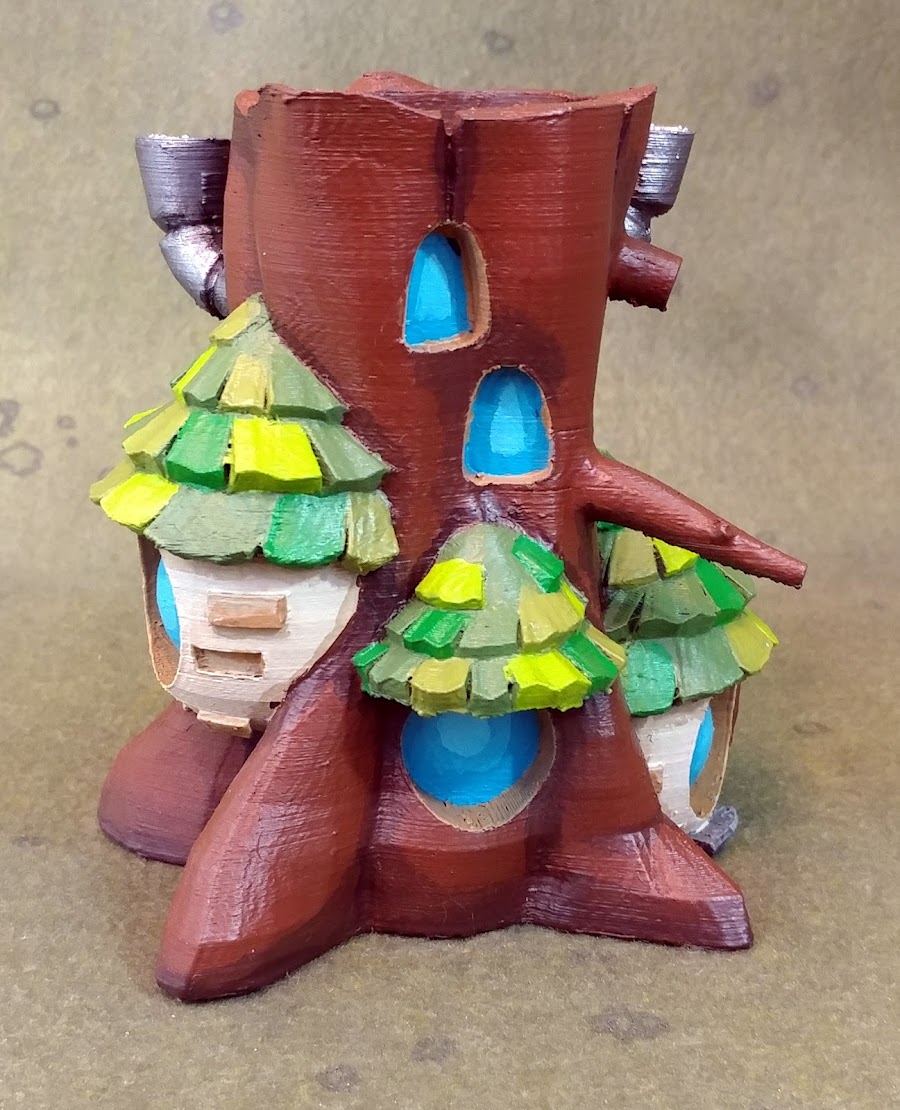 After honing in his 3D printing skills, Martin began to implement his new hobby into his deep-rooted passion: table-top gaming. Martin's business, Dicey Ventures, created table-top game pieces called The Elemental Village. These pieces are meant to be used in a variety of table-top games to enhance the play. "The Elemental Village came from a want to see something different on the tabletop other than the same old medieval style fantasy stuff that’s out there," explained Martin. "Teaming up with a designer friend, we came up with the stylistic flavor of the Village and went from there. We wanted to add a lot of color and character to the tabletop, and we’re happy with what we’ve been able to do so far."

The Elemental Village was created to provide an alternative option from all of the standard medieval-style fantasy terrain pieces and sets currently on the market. Using a cartoony, whimsical art style, the Elemental Village is meant to bring a lighter and more fantastical option to the tabletop. "It's not all fun & games," said Brittani-Pearl MacFadden of Dicey Ventures Studios, "but there's no reason we can't have a few laughs along the way while we're waging massive battles or fighting our way free of an ambush on table-top! The Elemental Village is here to remind us all that games are supposed to be, above everything else, fun." 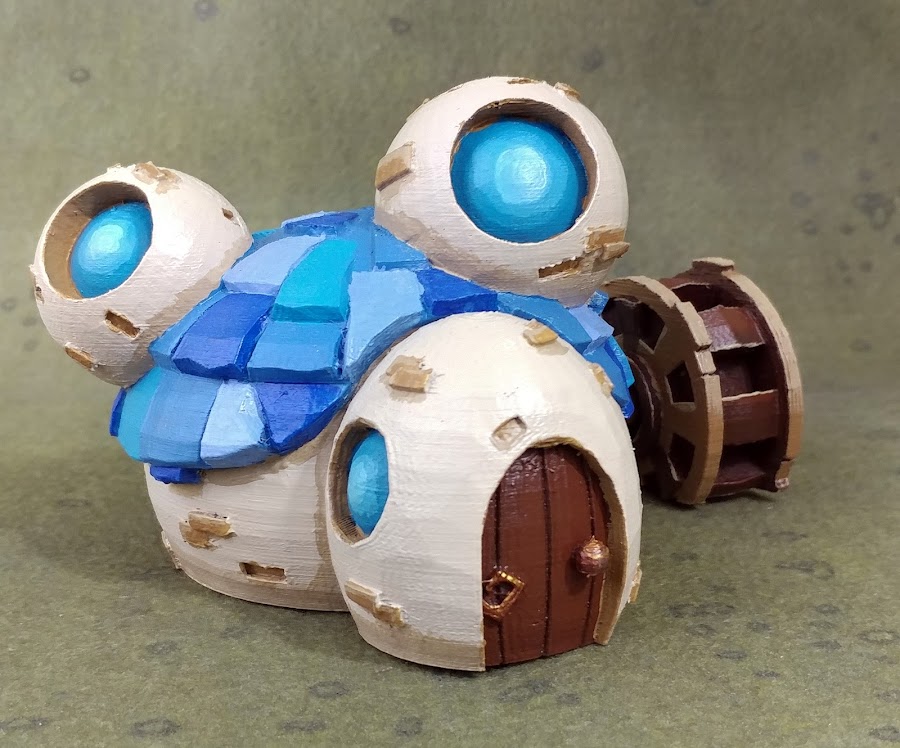 The Elemental Village has given hobbyists and gamers a chance to explore something different than what has been currently available. "We want games that people play to be fun, and our models help enhance that enjoyment of a hobby that should be enjoyable and maybe a little goofy at times," said Martin.

DVS helps promote The Elemental Village and the maker movement by offering the game pieces to be purchased as files so people can print and paint their own custom Village. "3D printing has allowed Dicey Ventures Studios to put some creative power into the hands of hobbyists and allow them to become makers in their own right. Imagination begets imagination, and that has certainly been the case here," said Martin. 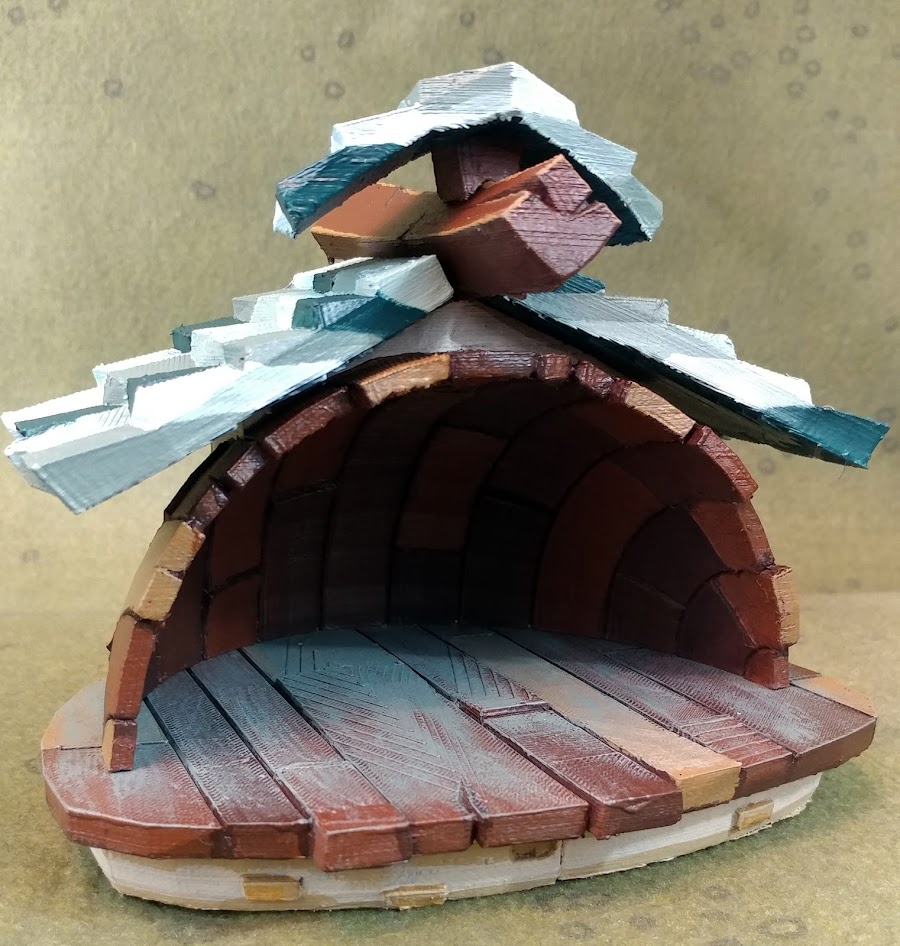 Again, we here at MatterHackers love when people use 3D printing to take their ideas and passions and turn them into a reality, which is exactly what Martin has done with The Elemental Village. "The process of bringing the Elemental Village from idea to physical object has given me a new and grand respect for all makers in general. The sheer amount of willpower and determination it takes to get anything from beginning to realization is staggering at times, and all makers everywhere should be proud of what they accomplish," said Martin.