Building on the success of their other printers, Peopoly unveils the next edition to their resin 3D printer lineup.

In 2017, Peopoly unveiled their first 3D printer on Kickstarter: the Moai, also referred to as the Moai 130. This SLA 3D printer produced resin 3D prints and remains one of the most affordable SLA printers out there. In 2018, they released their next iteration, an upscaled Moai for even larger resin prints: the Moai 200. Well now, Peopoly has taken everything they’ve learned from their previous designs and designed a printer from the ground up to be larger, faster, and more beautiful than ever before: the Peopoly Phenom.

MSLA is the Way

The Peopoly Phenom is an MSLA 3D printer, which sounds similar to SLA and for good reason: at their most basic level they solidify liquid resin using light. SLA stands for Stereolithography Apparatus and MSLA stands for Masked Stereolithography Apparatus, but functionally there are some considerable differences. Where SLA will use a laser to trace out the outline of each layer of the 3D print with its path directed by Gcode, MSLA uses a screen to shine UV light of an entire layers shape all at once. In the same way LED TVs utilize an LED backlight to shine through the LCD, MSLA has a UV LED array behind an LCD that will allow or block light in the masked shape of a given layer, which means that with MSLA no matter the size of the 3D print’s layer, you will very quickly create 3D prints that will outpace any SLA 3D printer. 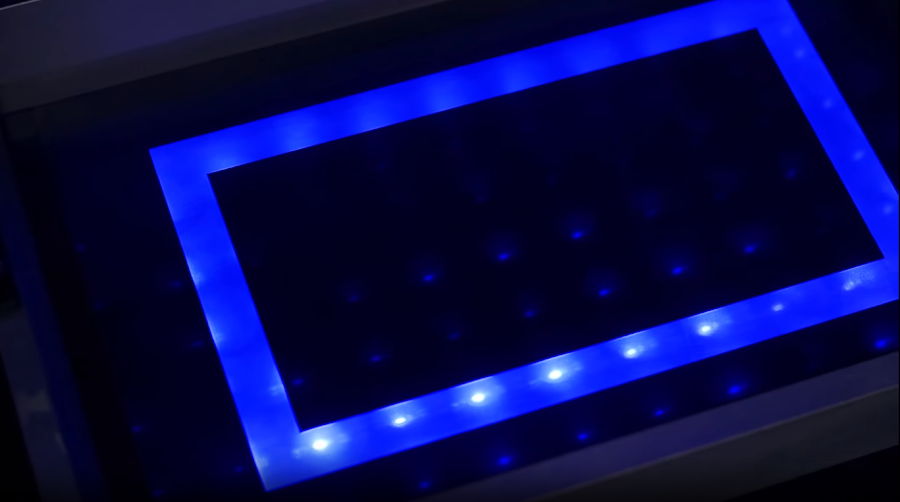 Here the LCD blocks light to allow the silhouette of a rectangle to shine through to cure this 3D print.

Compared to other SLA or MSLA 3D printers, the Peopoly Phenom has one of the largest build volumes available in a desktop resin printers, and is considerably larger than the build volumes of most FDM 3D printers. Where build volume will just cause your print times to exponentially increase on other machines, the MSLA technology means that print times are consistently lower than other methods; at the same layer height, one cube will take just as long as 30 cubes. Printing multiple copies of the same object becomes increasingly efficient and makes batch printing that much easier for short run productions. 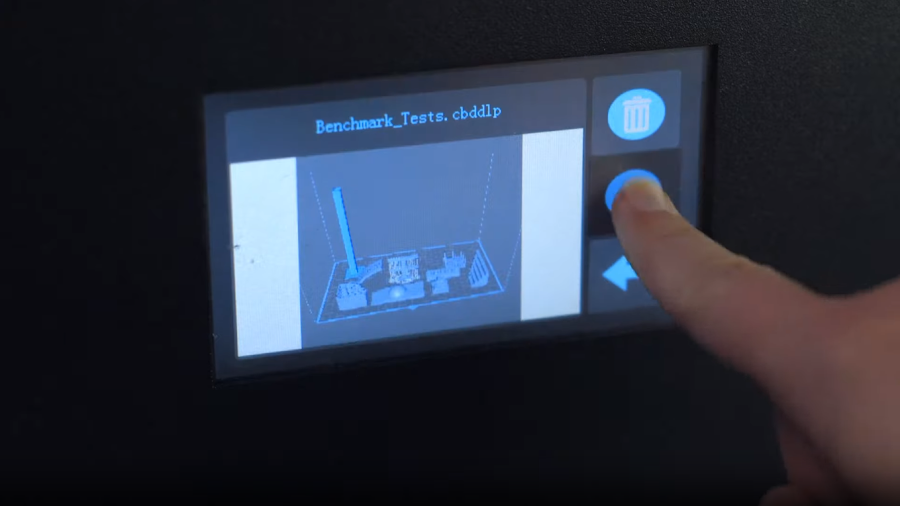 Batch printing will actually have a significantly shorter print time than printing one at a time.

User Friendly, Inside and Out

Impressive hardware specifications are one thing, but the Peopoly Phenom is incredibly open and user friendly too. From the intuitive touch screen for controlling and adjusting settings to the modular design of the printer’s components, users are able to easily interact with and maintain the machine. Like the Moai, the Phenom features an open resin system so you can print with your favorite brand of resin or experiment with new resin to your heart’s content, though as with any printer, you will need to adjust settings to find what will work best. 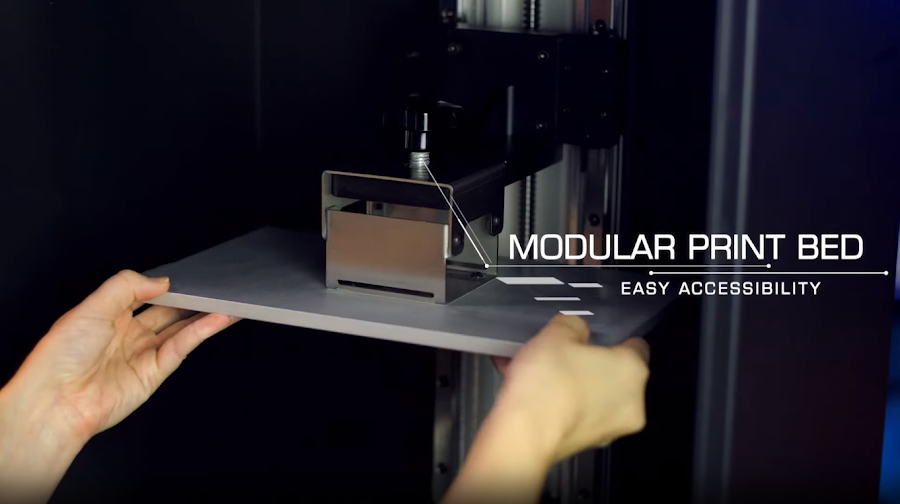 For maintenance and future upgrades, the Phenom features modular components for easy swapping.

The Peopoly Phenom is a 3D printer that continues to impress with its phenomenal print quality, its solid construction, and its ease of use. For anyone looking to expand their resin printing  capabilities, the affordable Phenom is a formidable choice. To learn more and to order yours today, check it out here.