FarmBot, MatterHackers' October Hacker of the Month, makes traditional agriculture a thing of the past thanks to 3D printed cultivation.

Meandering through the produce section of your local supermarket, grabbing items off your shopping list, and tossing them in the cart are pretty mindless tasks. If you are like me, you're probably in zombie mode while shopping, thinking about far more important things like future plans, work, or even reliving embarrassing moments from your past. I'm definitely not thinking about where the tomato in my hand is from, or how the asparagus in my cart traveled to the grocery store.

Good thing Rory Aronson, CEO of FarmBot, isn't like me. He did wonder where his produce was coming from, how it was planted, and what chemicals and pesticides were being used. His exploration of traditional farming in the U.S. proved to be less than satisfactory.

"When presented with the current food production system, one cannot look passed how broken it is; we have surrendered our knowledge and control over how our food is being produced," grieved Aronson, adding that the repercussions are destroying our health and creating adverse effects on the environment.

His concerned expression, however, readily changes to excitement, as he dives into describing what is potentially an agricultural game-changer: the FarmBot.

FarmBot is, in short, an open source CNC farming robot that is designed to help people produce their own vegetables - all from the click of a button. This form of precision farming helps to reduce water waste and perform a more controlled distribution of fertilizers, and if needed, pesticides.

FarmBot is specifically trying to bring precision farming to the hands of the consumer. Aronson aimed to make this as affordable, and, more importantly, as easy as possible for everyone, whether they have a green thumb or not. It's compact and efficient size (1.5m in width and 3m in length) makes it possible for those living with a limited amount of outdoor space, like on a city rooftop, to grow their own veggies.

The interface of FarmBot is meant to feel like a game, which is great - you aren't working when farming, you're having fun! With no coding required, the simple drag and drop features allow you to pick your crops, and arrange them however you'd like. The software recognizes which plants you picked, and automatically spaces them for you, ensuring that you won't have any over-growth issues. You can program watering and fertilizing regimens for your crops at different growth stages, which can be saved and used for future seasons. Don't like routine and want to be more involved in your farming? That's cool, too, as you can manually input settings whenever you please, and opt out of the regimen feature.

Now, the thing that we here at MatterHackers appreciate most about FarmBot is that it is completely, 100% open source. That's right, maker's rejoice - all of the CAD and manufacturing files are published and free, so you can make FarmBot, and perhaps customize it, all on your own.

Jumping on board the DIY movement, FarmBot's parts are easy to source or make all on your own. FarmBot is powered by a Raspberry Pi 3, Arduino Mega 2560, Nema stepper motors, and RAMPS 1.4 shield, which are familiar products in the CNC and maker world. The plastic parts, like the Seed Injector and the Weeder, can be 3D printed on nearly any desk-top 3D printer. 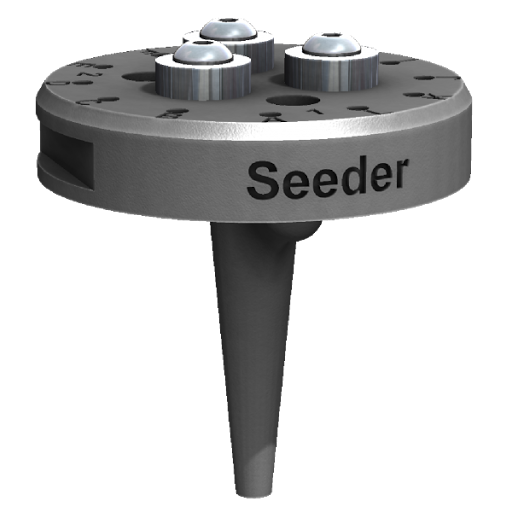 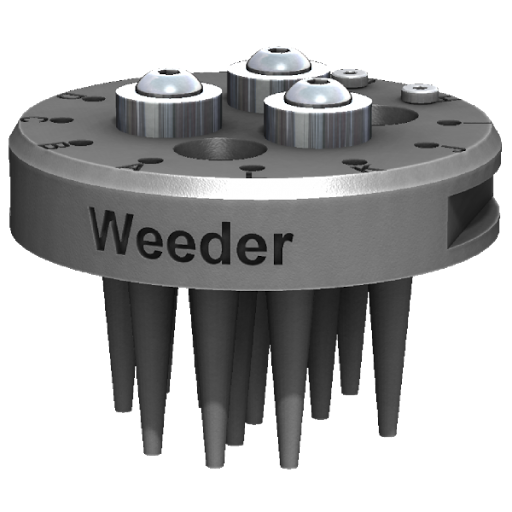 FarmBot follows the given commands accordingly - seriously, you don't even have to manually change the tool heads (Seed Injector, Weeder, Water Nozzle, and Soil Sensor, and more). There is a designated Tool Bay attached to the end of the planter box where FarmBot can mount and dismount the proper heads for the desired task at hand. When we mentioned "farming at the click of a button" before, we truly meant it.

The Seeder in action - it was just grabbed off the Tool Bay.

Help to contribute to the future of farming and technology - learn more about FarmBot, or to pre-order your own, visit the website, here. As Aronson likes to put it: "help pioneer this paradigm of farming - it's time to own your food."