The authentic BLTouch sensor made by ANTCLABS in South Korea! The BLTouch is a touch-based 3D printer bed leveling probe which enables automatic bed leveling on your 3D printer, regardless of print surface. Other machines that use inductive sensors require specific bed surfaces, or can only probe at certain spots on the bed. This touch sensor works perfectly with any surface, from glass to blue tape or BuildTak. It makes calibration a breeze - simply press calibrate and your machine does the rest.

The BLTouch not only adds automatic bed leveling to almost any 3D printer, but does so with maximum compatibility. Instead of an inductive probe that requires a specific bed surface or a visual sensor that can be inaccurate or thrown off by reflective bed surfaces, the BLTouch gathers data by touching the bed. Regardless or surface type or material, the BLTouch works flawlessly - if you want to probe the bed at 3 points or 15, the BLTouch is ready to take on the task.

Works with any bed surface

The BLTouch works by touching the print surface, so whether it be glass, blue tape, or BuildTak the sensor works perfectly. Inductive sensors have limitations on where they can probe and visual sensors can produce inaccurate results if leveling a partially reflective surface. The BLTouch suffers none of these issues, maximizing it's compatibility with a wide range of 3D printers. 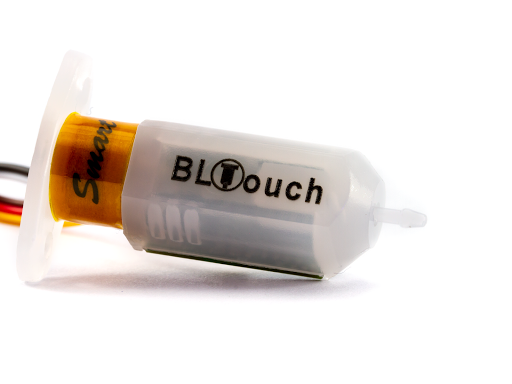 Setting up your BLTouch

There are two wiring groups on the BLTouch, one with three wires and one with two. The group of three wires is a standard servo connection and the group of two is a switch. The Servo connection controls the probe, deploying and retracting it as necessary and the switch tells the printer when the probe has touched the bed. Consult the documentation of your controller board for the appropriate locations to plug these wires into. The exact function of each wire is detailed below. Be sure when installing on your hotend that the extended probe reaches below the nozzle, otherwise the probe is useless! Be sure to test this visually before attempting to use the BLTouch or you may accidentally ram your nozzle into the print surface.

The BLTouch connects to your 3D printer's controller board with four pins that have the following functions:

Note that depending on your 3D printer a firmware update may be required to enable the BLTouch to function properly. 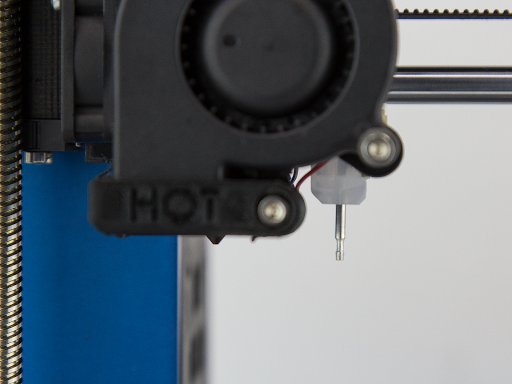 Make sure the extended probe reaches lower than your nozzle!