Lizz Hill, our December Hacker of the Month, creates 3D printed jewelry and educates others about the boundless opportunities of 3D printing.
MatterHackers
(EDIT)
Add a Comment | View Comments

One of my most anticipated moments upon meeting someone new is when I tell them what I do for a living. When I tell them that I am a professional 3D modeler and run a 3D print lab, a bulb lights up; one that shines bright with familiarity, excitement and curiosity. I then ask them (knowing well what the answer will be) if they are familiar with 3D printing. They are. And they proceed to describe the first time they saw a 3D printer in action and recall how mesmerized they were by it, watching its plastic filament, zipping around in space, slowly building something from nothing. They describe to me, one of the many desktop FDM printers which are currently occupying public libraries, school’s makerspaces, and maker events and conventions across the country.

I started getting involved in 3D tech a couple of years before what I refer to as “the boom of 3D printing.” I was about 3 years into my, so far 9-year tenure at Coach. I joined the company in late 2008 as a hardware materials developer. At the time, 3D printing was being utilized in a relatively small way, used exclusively as a way to prototype new hardware designs for Coach brand handbags and small leather goods. I had recently chosen to focus my career in fashion into a more technical direction which is how I landed my job on the hardware team in the first place. I was so fascinated by using 3D modeling as a technical and creative design tool that I soon began training myself in Rhino and ultimately shifted into a full-time role as a 3D modeler and technical design specialist. At that time, 3D technology was primarily a tool for engineers, used commercially for prototyping with some industrial manufacturing applications. The technology was expensive and exclusive, requiring years of dedicated training to master the modeling software programs and tens of thousands of dollars needed to gain access to 3D printers. Then came the boom of 3D printing. 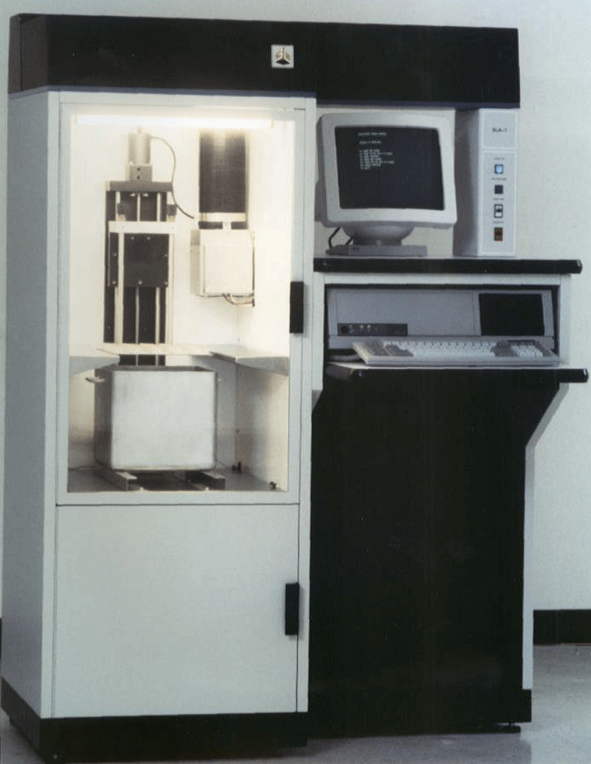 In 2012, the American consumer became aware of 3D printing technology through the recent launch and early success of, what was initially coined as the “desktop 3D printer”, Makerbot, being one of the early names to the marketplace. This marked a major shift in the evolution of the 3D printing industry which actually began in the mid 1980’s with the invention of Stereolithography. For the first time, the consumer had access to 3D printers which were initially targeting the hobbyist, the tinkerer and the maker. The consumer’s excitement and interest in 3D printing opened up a whole new market for existing 3D based companies and gave rise to hundreds more over the next 5 years. 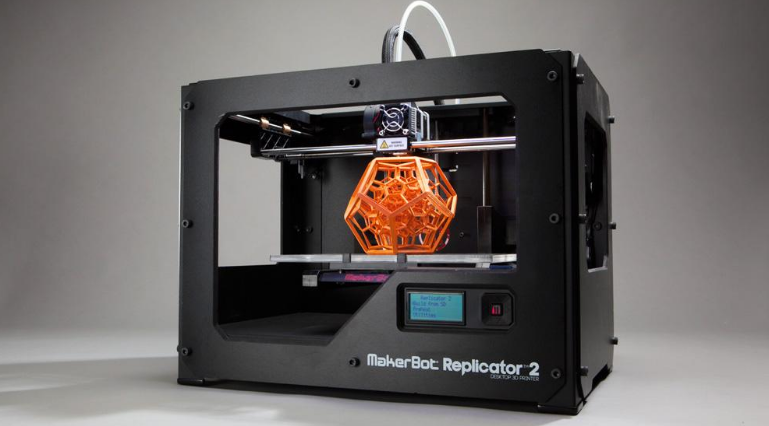 The availability of relatively affordable, easy to use 3D printers quickly shed light on a major challenge around the lack of easy to learn, intuitive 3D modeling software, a necessary tool to allow consumers to use the new printers. Without access to simple modeling software, 3D printing would fizzle out of the favor of the consumer as quickly as it had caught their attention. Fortunately, in the recent years, there has been a jump in inexpensive or free 3D modeling software and apps, with various strengths and ease of use. And with easier access to modeling software combined with a major focus on access to STEM-based programming for middle and high-school students in the US, schools are super-charging their tech driven curriculum to include emerging technologies like 3D printing. The big challenge we’re facing now is how to teach 3D at a K-12 level.

Historically, 3D modeling software was used by engineers, however the last decade has revealed endless possibilities for the technology, not only in manufacturing and prototyping but also the design process and therefore, there are very few industries that can’t benefit from 3D technology in some way or another. This makes 3D modeling, an absolutely invaluable tool to teach to students as its not only is a skill that is increasingly valued by employers but it has so many possible applications that span across art/design, science, medical, business and manufacturing. The big challenge now is how to begin laying the foundation for students who are potential candidates for these fields by utilizing 3D software in the classroom. Educators are beginning to feel the gap in the recent accessibility of the technology and the ability to teach it in application-driven ways.

As someone who is working in an emerging technology in a large company in the Fashion industry, I’m very aware that I’ve carved out a job for myself that is still somewhat rare in my field. 3D is finally beginning to find its ways into the luxury market however finding talent can be challenging as 3D curriculum is only just now being taught at the college level and mainly in architecture, engineering, jewelry and recently, industrial design degree programs which represent the early industry adopters of the technology itself. While there are many more industries than I’ve listed here which are currently utilizing the 3D technology, it’s a skill set that is being picked up on the job, rather than in the education programs that feed those jobs. This disconnect is primarily driven by the fact that 3D technology is still in many ways, in its infancy, and many industry leaders through aggressive R&D are finding ways of adapting it as a problem-solving tool to fit their needs. 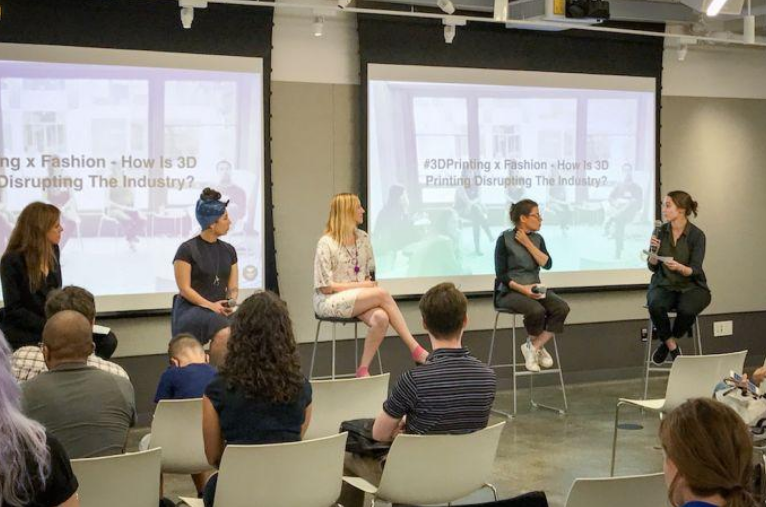 We have a unique opportunity now, as industry professionals, using 3D technology to begin working with educators to teach them how to incorporate the technology into their curriculum at every age level. Schools are hungry for 3D-based programming and industries are hungry for entry-level, 3D savvy talent. And for the first time we have 3D printers and 3D modeling software which are not only accessible from a cost perspective but also from a learning perspective.

I’ve had the opportunity, over the past year, to speak to educators, schools, non-profits and tech companies focusing on education initiatives and my findings have been consistent. Students need to be taught real-world applications for 3D. They need to be taught, not just the new modeling software that is available to them but also how professionals use similar software as a design and problem-solving tool. Professionals need to drive this education through partnerships with educators. These conversations have led me to looking into some of these newer, free software, targeted to young people to understand how they can serve as a jumping off point for career centric, 3D-based curriculum. 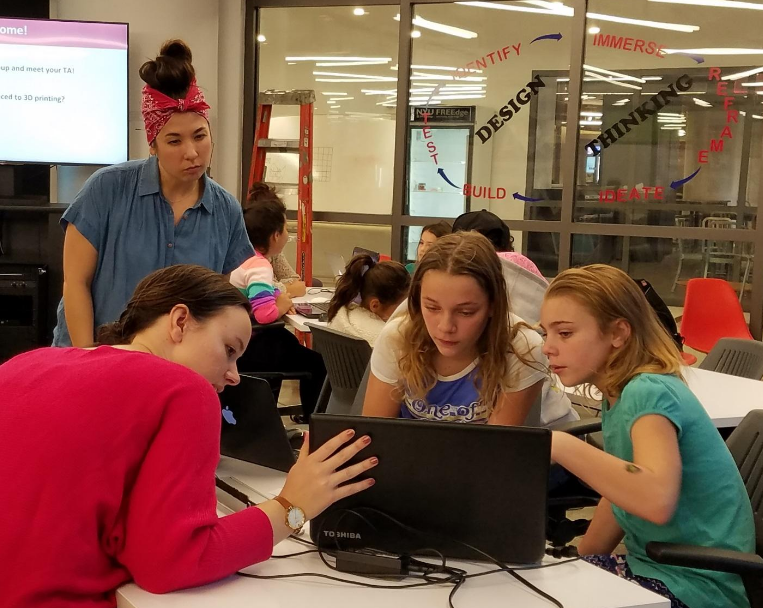 My work has led me to narrow in on Tinkercad, a browser based, parametric, solid-modeling software created by 3D technology giant, Autodesk. I’ve begun to partner with non-profits and 3D printing companies who are generating curriculum and making them available to educators to adapt for the classroom. I am creating workshops and a collection of design hacks that focus on creative problem solving; creating complex, design driven shapes using primitive building blocks. So much of the 3D modeling process, regardless of the software and the design is about creating the model with the tools available. This challenge is even more prominent in the more basic modeling software which have far fewer tools than their professional counter parts, which adds a layer of complexity to utilizing the software to create highly unique, complex parts. These workshops and design hacks are meant to engage the student through the creation of custom, wearable jewelry, get them used to application driven problem solving while exposing them to how professional 3D modelers in the consumer luxury industries use the tools to design and develop product. 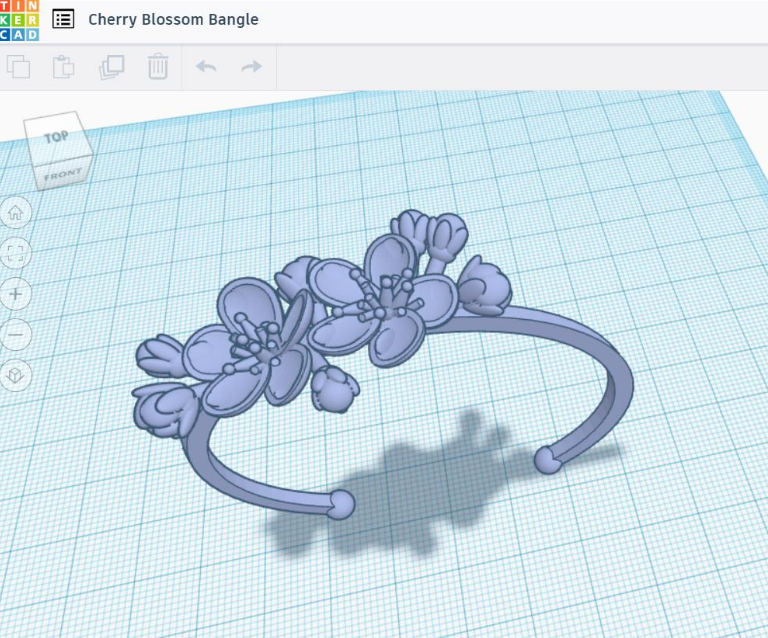 The Cherry Blossom bangle, modeled entirely in Tinkercad represents the kind of design driven modeling that can be achieved in this free, intuitive software by Autodesk. 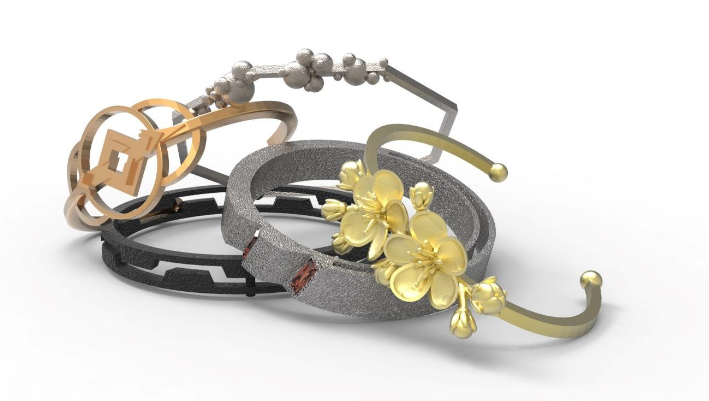 Renderings of bangles created in Tinkercad which are featured in Lizz’s workshops and design hacks.

It is my hope that other professionals across a wide range of industries begin partnering with educators to create curriculum and opportunities to connect with students using the new tools which are increasingly becoming more accessible. The time is now to take 3D technology from the hands of the engineer and begin putting it into the hands of the student and the consumer.

Brooklyn-based, independent jewelry designer and full-time 3D modeler for Tapestry Inc. (formally Coach Inc.), Lizz Hill strives to make 3D technology a tool for everyone by creating workshops and connecting with educators to bring 3D-based curriculum into the classroom and into the hands of the student.