Emily Ruhl, a graduate student at the University of Delaware. Emily is currently pursuing her master’s degree in Marine Biosciences in the College of Earth, Ocean and Environment where she is investigating using 3D printing to create marine habitats that simulate coral reefs.

Emily first became interested in 3D printing seeing her peers use machines to create replacement parts for tools in the Robotics Discovery Lab on the University of Delaware campus. Afterwards, she started using the machines herself to print fun things like flower pots and small gadgets for her computer and office space.

Over the course of developing her research project, she realized that 3D printing could become a very interesting way to understand the role that habitat complexity plays in decision making for juvenile reef fish. 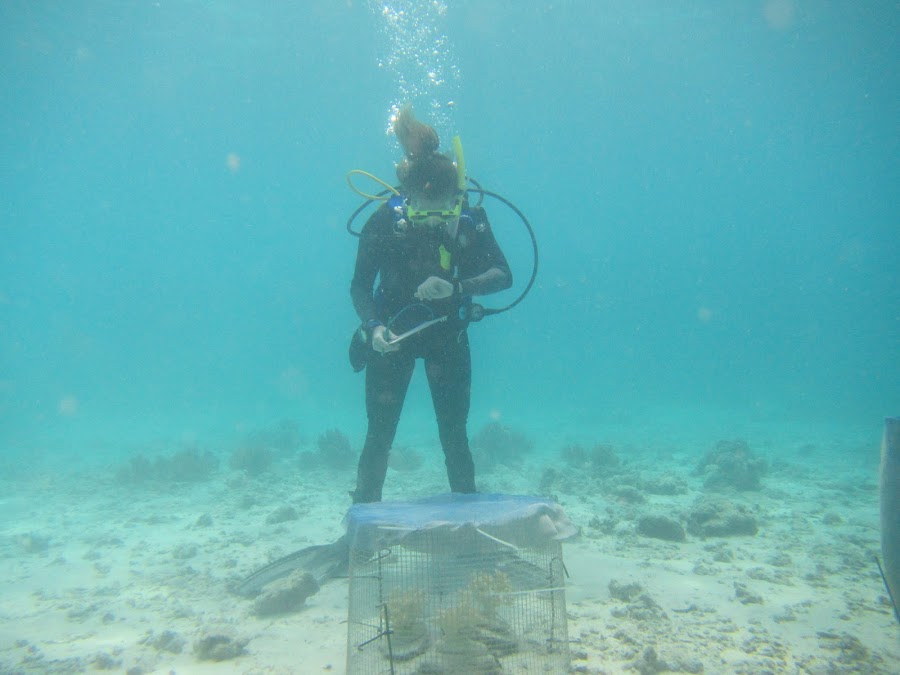 Emily started down the path of her particular focus of study in coral reef ecology and the behavior of coral reef fish with two primary objectives:

Emily explains the current state of observable phenomenon regarding the ocean and why she is delving into studying this particular approach to her studies:

“It is no secret that coral reefs are in trouble around the globe. As global warming, ocean acidification, and all of the subsequent consequences that result from these two phenomena progress, coral reefs are becoming increasingly fragile and degraded. Not only are live corals dying off, but the structural foundation of coral reefs that take hundreds and thousands of years to build up is literally collapsing. When that happens, reef organisms lose their protective homes, and it becomes even harder for reefs to recover without that foundation.” 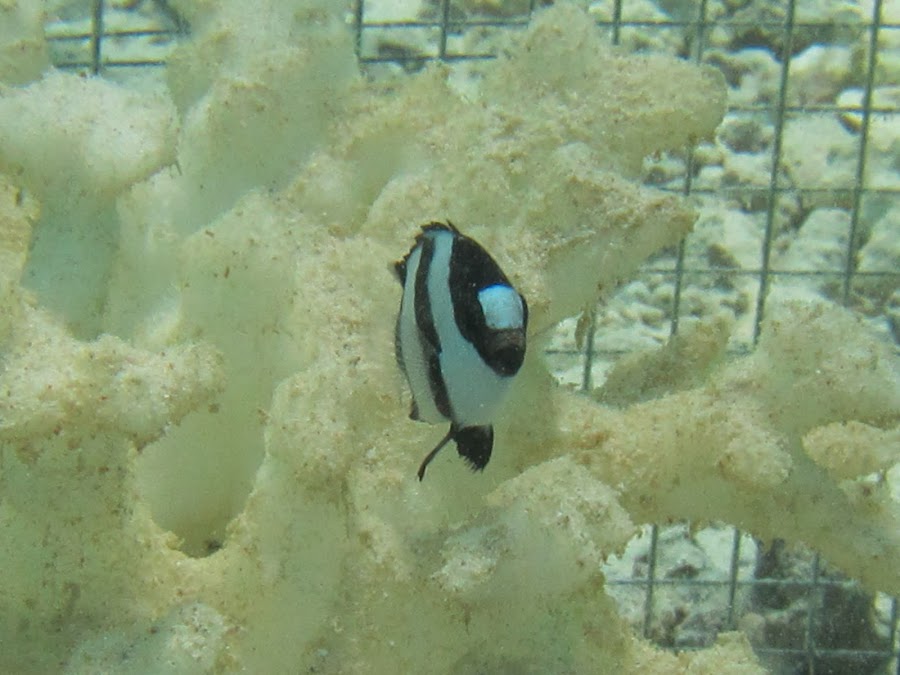 A Lemon Damselfish Checking Out the 3D Printed Coral Habitat

“I wanted to specifically look at habitat complexity, and how that could affect if a fish decides to make that coral its home or not. By complexity, I basically mean how many branches and how close together they are in a single coral colony. While other people have researched this, they have used live corals as habitat choices. However, live corals cannot answer this question accurately, because the live coral tissue and other living organisms, like algae that may be on the outside, give off chemical cues that influence a fish's behavior. So, I came up with the idea to 3D print corals to use in these experiments.”

“Because 3D printed corals lack live coral tissue and smells from other organisms, I can more accurately say that the choices the fish made were based only on the complexity of the corals. I conducted my research in Fiji, and what I found was pretty interesting! The lemon damselfish (my study subject), not only used the 3D printed coral habitats as much as they used live corals, but they showed a strong dislike of low-complexity corals. This is likely because those corals are so open, that they don't offer enough protection against predators. Fish showed high rates of association with standard and high complexity 3D corals, which offer more protection.” 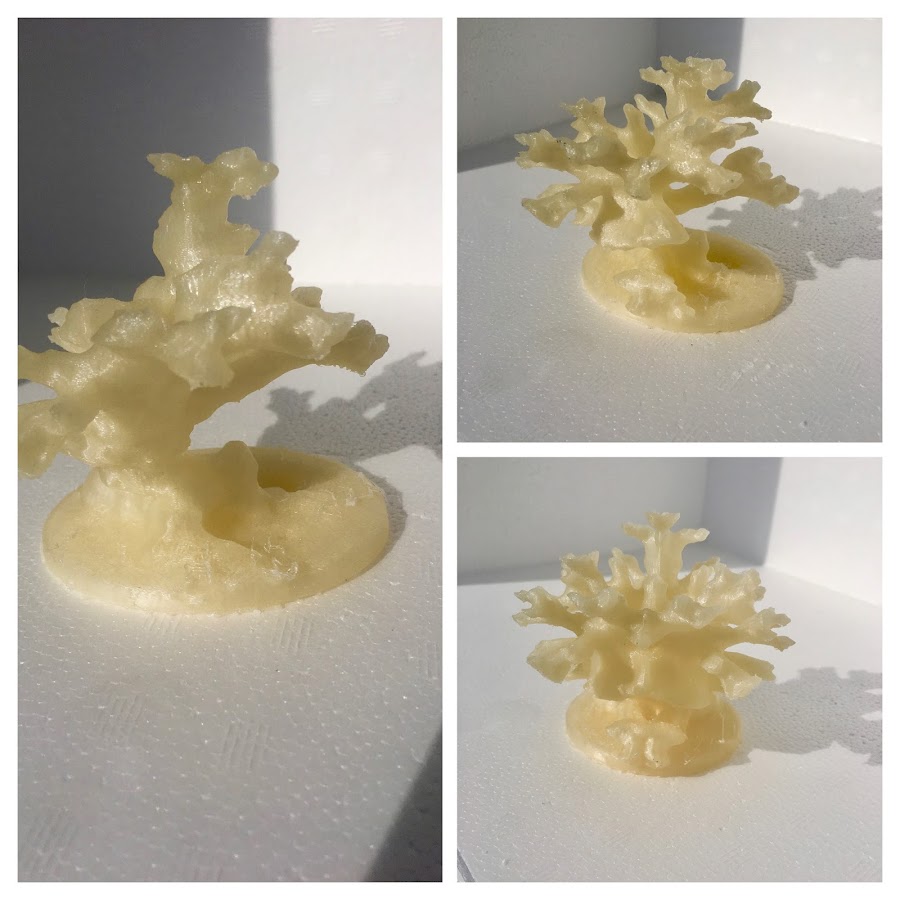 To create the 3D corals, she used real coral skeletons that she had in her lab, and created a 3D model out of them using Autodesk NetFabb. She was then able to manipulate their complexities using Cubify Sculpt to add and remove branches, and make the spaces in between greater or smaller. She primarily 3D prints her creations with a LulzBot TAZ 6, but also uses a TAZ 5 and a MakerBot Replicator 2. 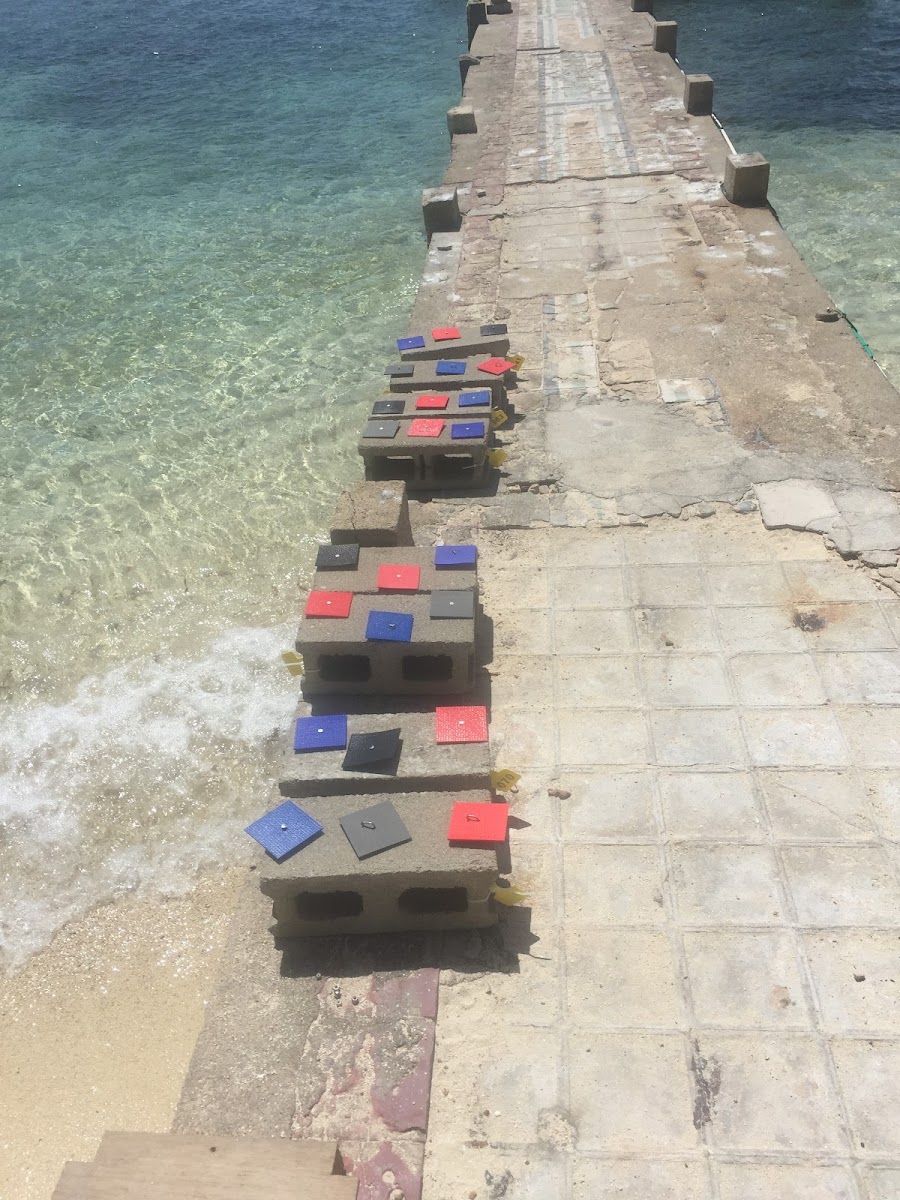 New Tiles Ready to Be Placed in the Ocean

Emily explains, “For my initial experiments using 3D printed corals and settlement tiles, I used a variety of filaments, including the following: Nylon, ColorFabb nGen, ColorFabb XT, PLA/PHA, and Proto-Pasta PLA with stainless steel shavings. For the bulk of my experiments, I chose to use the PLA/PHA filament. The biodegradable filament is very important to me for environmental reasons, especially since I am using my prints on protected reefs in the Indo-Pacific.”

“In order to answer the question if 3D printed corals could be used for reef restoration, I also needed to know if live coral, and other important reef-building invertebrates, would be able to colonize 3D printed materials. This is a crucial step for ensuring the longevity of coral reefs. To answer this question, I also 3D printed settlement tiles, which I created using Autodesk. These tiles were created with textured surfaces, which have been shown to increase the settling rates of live corals (they love to hide in little nooks and crannies). These tiles were placed on the same reef in Fiji, and left for about 6 months. After this time, I collected them all, and am now in the process of counting and identifying all of the coral that have settled on them. Some of the tiles are really interesting! I used several different types of filament to see if any would be better suited for coral growth. While I don't have the specific results of this experiment yet, lots of the tiles had corals settled on them.” 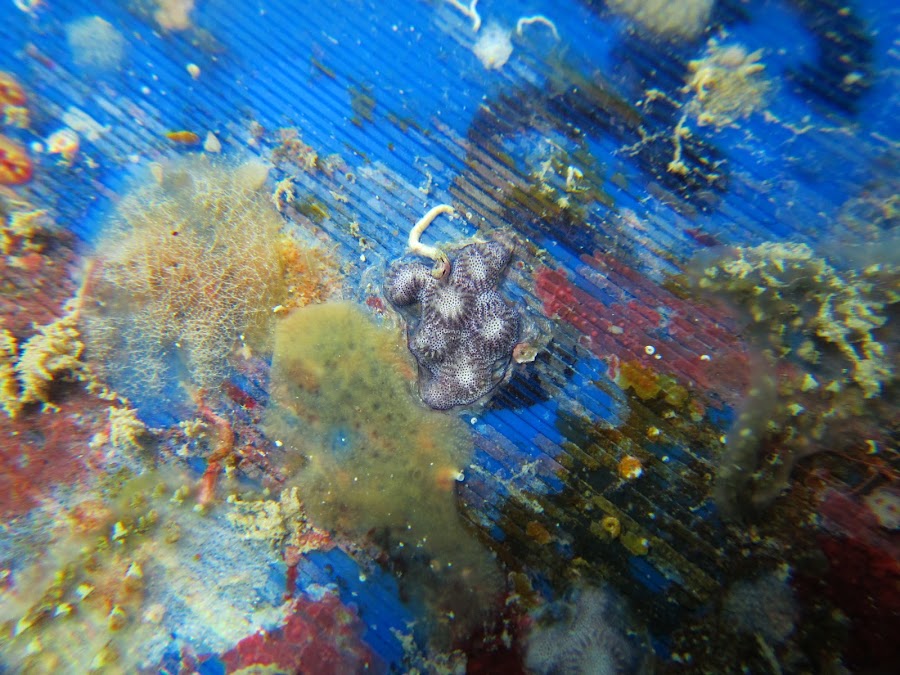 A 3D Printed Tile After a Short Time in the Ocean

Emily goes on to explain, “The long-term goal of these 3D printed habitats is not to replace live corals completely, but to act as a temporary home for reef fish during times of degradation. If these 3D corals can support live-coral growth, then over time, they should gradually mold into the reef to become part of the foundation, while providing beneficial structure and hiding spots in the interim!”

“While my research still has many questions to be answered, my results thus far have shown that it is certainly possible for 3D printed corals to be successfully used as tools for coral reef restoration. While 3D printed items are already being used as types of "artificial reefs", these 3D prints are typically extremely large, heavy, and do not accurately mimic a live coral habitat for many small reef fish.” 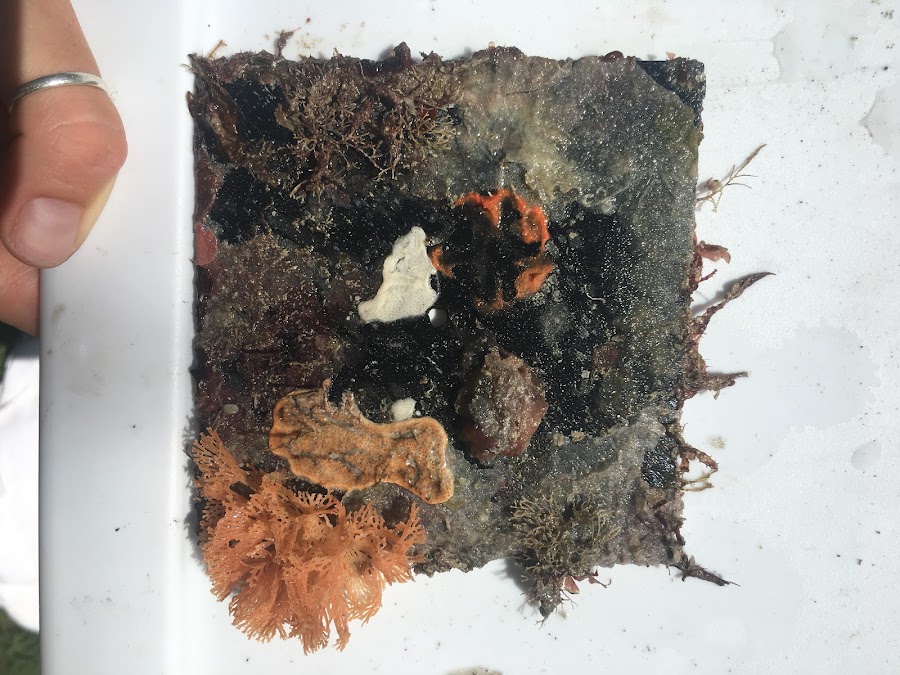 A 3D Printed Nylon Tile After 6 Months in the Ocean

“Without adequate homes for these small fish, there will not be food for larger reef predators. Thus, reef restoration must happen from the ground up: by supplying habitat space for new coral growth and small reef fish to boost the entire ecosystem. I believe that the smaller-scale, highly complex corals that I have created have the potential to help restore coral reefs better than other methods currently being used for artificial reefs.”

For the future, Emily will be working on a local project focused on oyster bed restoration in the Delaware Bay and surrounding areas - something that is of great ecological and historical importance in the area. 3D printing is also helping Emily become a better educator, as she has been able to use her work to teach people about coral reef conservation and the innovations that are making advances in the field possible.

Want to be our next Hacker of the Month? Email chris.morgan@matterhackers.com, and tell us about your 3D printed creation - you could be featured in our next newsletter. Hacker of the Month wins 3 free spools of PRO Series PLA or ABS filament to further their pursuit of 3D printing greatness!