Hacker of the Month, Matt Schmotzer, goes over the process and inspiration for how he designs, 3D prints and assembles scale models of roller coasters.

Our February Hacker of the Month is Matt Schmotzer, who hails from Gross Pointe Park in Michigan. Matt currently works for Ford Motor Company on turbocharged inline four-cylinder engines. While his work sounds impressive, it pales in comparison to his latest 3D printing hobby build; a fully-functioning, to-scale replica of the Invertigo roller coaster at Kings Island Amusement Park in Ohio. 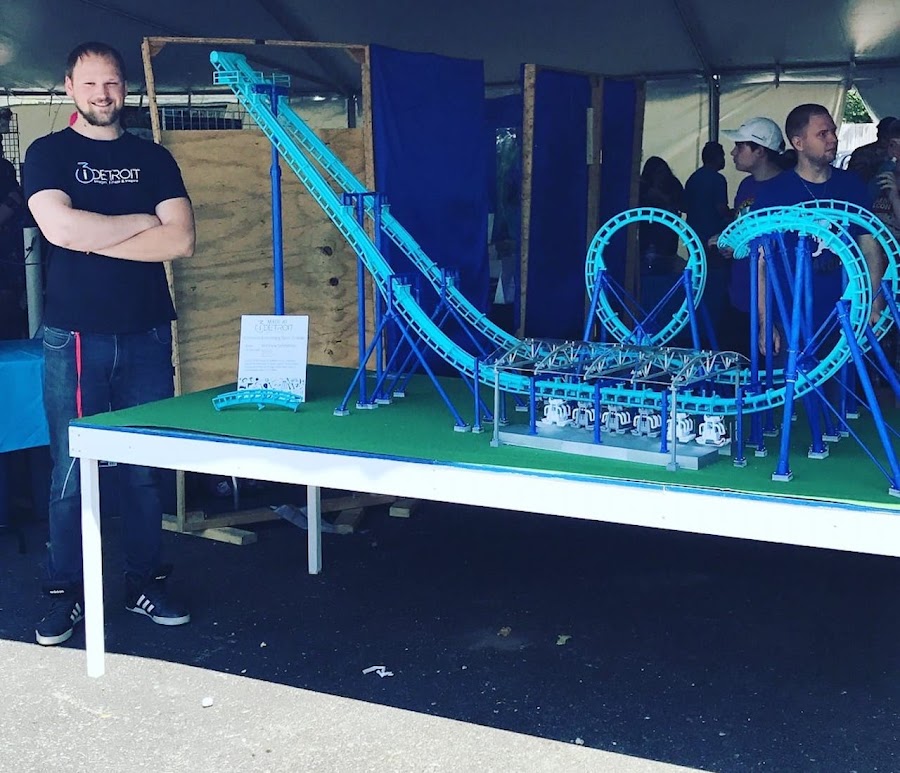 Matt was introduced to 3D printing during his senior year of undergraduate study when his team was tasked with designing and 3D printing a toy with a limited amount of SLA resin. After that, he was hooked, and saved up enough money in 2013 to purchase his own MakerBot Replicator 2. From then on, he has been printing almost constantly, as well as growing his printer farm to eight 3D printers!

To complete the Invertigo project, he used the following printers for specific parts: 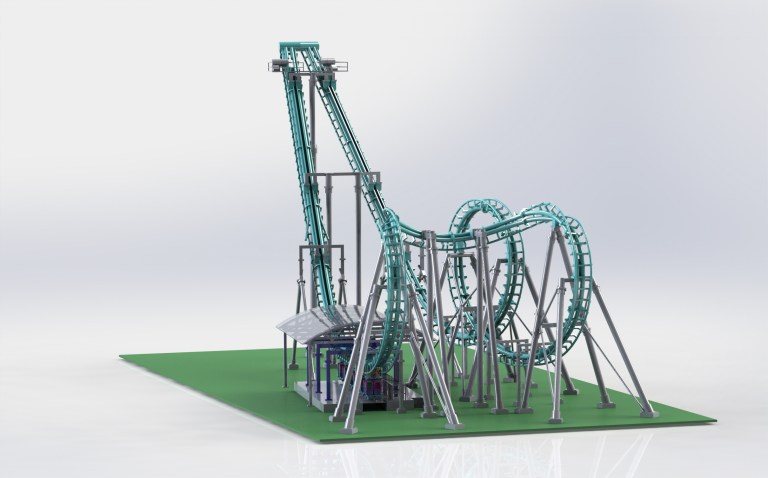 SolidWorks rendering of the Invertigo model

Depending on the project, Matt will use anything from PLA or ABS or PETG. As an engineer, he needed a robust 3D modeling program, and has been using SolidWorks 2018 to 3D design his models. For finishing work, he goes primarily with sanding, sanding and more sanding - the chemicals are sometimes a pain to deal with, but he does use an alcohol bath for Form2 parts in SLA post-processing. 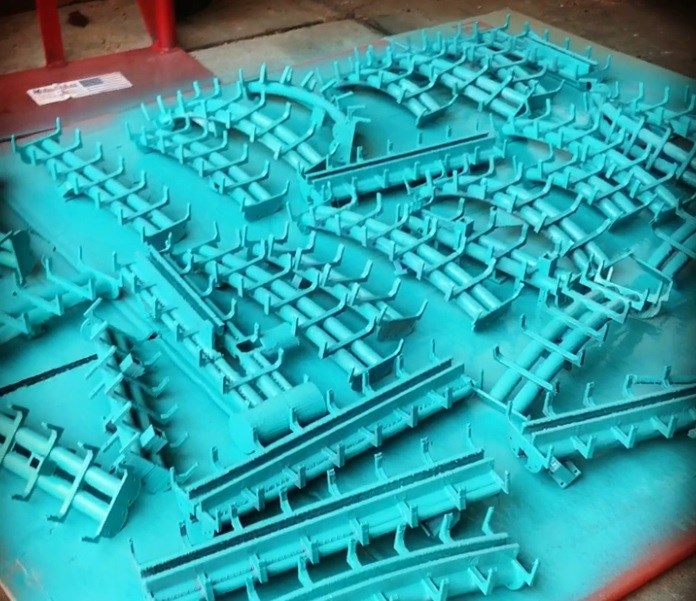 The reason behind the fascination with 3D printing?

“I have always had an interest in roller coasters since I was young. Back then I would make 3D models of coasters with balsa wood and plastic tubing from Home Depot. Unfortunately creating the models was more of an art form rather than manufacturing a kinetic working coaster. Once I became invested in 3D printing it was only a matter of time before I joined both of my interests together by 3D printing a model roller coaster.”

He also enjoys 3D printing because of how it inspires others, and to foster a community:

“...they are built to inspire others. The working model coaster demonstrates some of the capabilities with design and additive manufacturing. They helped me understand how things come together. They have also created a network with others that are interested in the technology. I hope my work helps inspire others to challenge their design skills and motivate creativity. “

His advice for people just starting their journey into 3D printing?

“...would be to not worry about failed prints. I have had failed prints in the past and understand the frustration, but I would suggest to have an open mind when first learning what does and doesn't work. Also, on the same note, be prepared to invest time in learning the machine you are working with.” 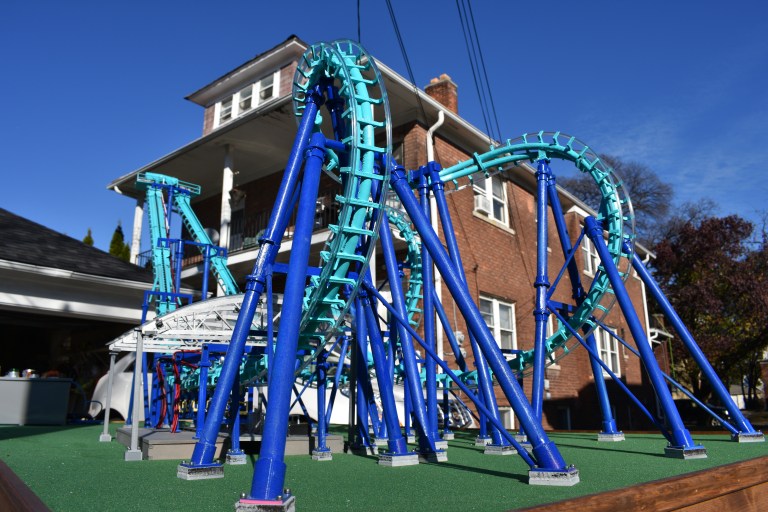 The finished Invertigo model in all its glory.

While he loves creating and building projects and coasters now, he does look forward to what the future of 3D printing will bring:

Early rendering of the Millenium Coaster

For anyone who is interested in viewing the CAD files, or tackling this amazing 3D build, Matt has all the files you need here: