3D Printing and Making with Evan+Katelyn

The dynamic duo that has been tearing up the Maker scene, Evan and Katelyn, has dabbled in everything from 3D printing to carpentry, to mold making and DIY high-power water cannons. Learn more about them in our latest MatterHackers Minute article.

Currently living in Texas after bouncing around the US as kids, Evan and Katelyn bring the world of engineering (Evan) and graphic design (Katelyn) together in so many awesome ways in their new roles as Content Creators on YouTube. Their humble beginnings started when they met at the ripe old age of 18. Once they were married and proud homeowners eight years later, they began to explore all the DIY projects you can imagine, using their house as their testing ground.

Starting with no experience, they gained their knowledge in much the same way they share it now; through YouTube videos and informational blogs. Once they had a little practice and several awesome DIY projects under their belts, they wanted to start giving back. They knew that if they could do it, anyone could, and they have made it their mission to show how fun (and sometimes too easy!) being a Maker can really be. 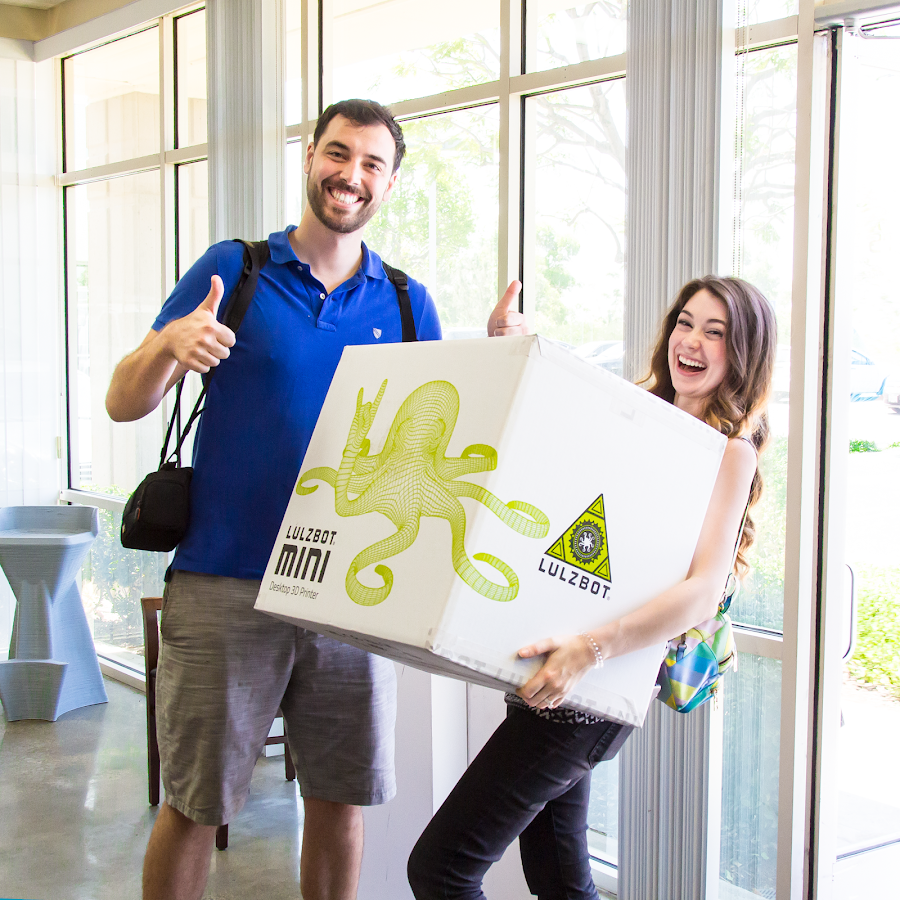 Their early DIY experience gave them the confidence to tackle a lot of the projects they have shared today.

Evan with a propane cannon that shoots 3D printed slugs!

Of course, 3D printing is a big part of their Maker experience, starting when Evan became fascinated (i.e. obsessed according to Katelyn) with the possibilities that 3D printing had to offer not only himself but the company he was working for. Soon, he was in a position to make a case for, and purchase 3D printers for their workflow, and the rest is history. Prototyping items and the turnaround time for design changes and additional fabrication was much easier, quicker, and less expensive

Quickly afterward, they purchased a LulzBot TAZ 6 3D printer for their personal use and started producing and selling their own designs and products for sale. Their early designs and prints were picked up by none other than West Elm! 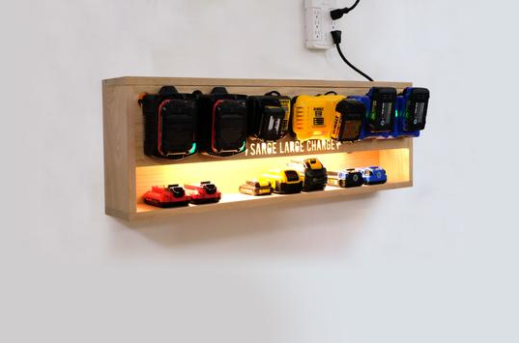 Now, their designs are typically driven by need - a custom bracket, a mold master, a prototype of a part they want to make - but the first product they made for sale was a geometric deer head originally designed by Evan as a Christmas gift for Katelyn. They have also helped friends prototype designs for products they might want to sell, printed household items for family members when something breaks and they can't find a replacement, and other real-world projects that need a simple, 3D printed solution.

While they continue their journey into more DIY projects and new mediums, they are very excited at the prospect of metal 3D printing becoming more affordable and accessible; because let’s face it, metal 3D printing is freaking awesome! They are also interested in seeing CAD software become more approachable - something that would enable new users to embrace, rather than a deterrent to learning more about 3D modeling and printing. 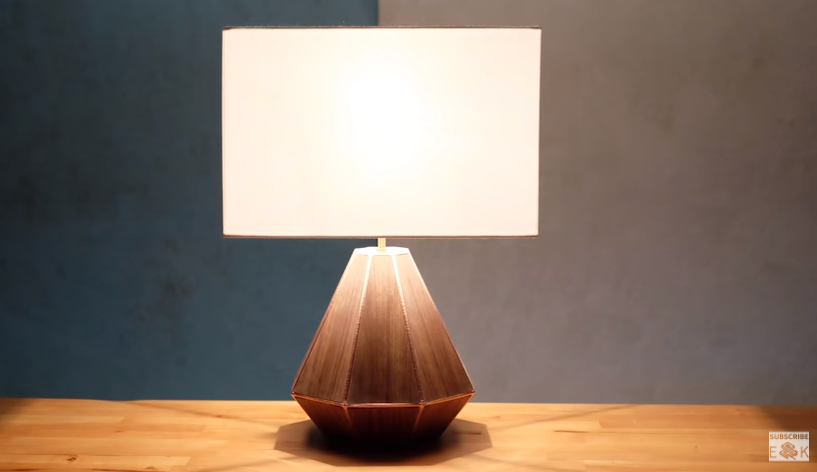 They have truly adopted the 3D printer as the go-to machine when they need to produce a part that just can’t be made any other way. Using their trusty LulzBot TAZ 6, they create all kinds of amazing objects to support their builds. From a customized bullet to blow up watermelons with their propane cannon, to fittings needed to hold together their DIY super soaker (and subsequent water blaster), a beautiful base for a wooden lamp, and even jewelry, self-watering pots and more!

Evan and Katelyn’s DIY projects continue to entertain and instruct their ever-growing audience, and we certainly can’t wait to see what they come up with next!

We are also excited to hear that as we were preparing this article, Evan + Katelyn became FULL-TIME CONTENT CREATORS! Congratulations to them both - it takes a lot of hard work and perseverance to reach this goal!! Way to go guys!!

To see more of Evan and Katelyn and their awesome projects, you can subscribe to their YouTube channel here: https://www.youtube.com/user/EvanAndKatelyn

You can also learn more about them and their projects on their webpage:

Are you or someone you know doing something awesome with 3D printing? Send us info about them and they may be featured in a future MatterHackers Minute! Email chris.morgan@matterhackers.com!