One of the most inspiring leaders in 3D printing right now is Julia Koerner, an Austrian-born architect, UCLA professor, pioneer of 3D printed fashion, and most recently, she collaborated with costume designer Ruth Carter for the smash hit movie Black Panther.

We first met Julia at the 2017 RAPID/TCT Show in Pittsburgh where Julia’s incredible 3D printed fashion designs were adorning models on the runway, proving that 3D printing is already en vogue.  At the expo hall where Julia was promoting her event, she mentioned that she’s been using MatterHackers filament on a RAISE3D for some of her prototypes!  Her designs were then finalized and produced on Stratasys 3D printers. 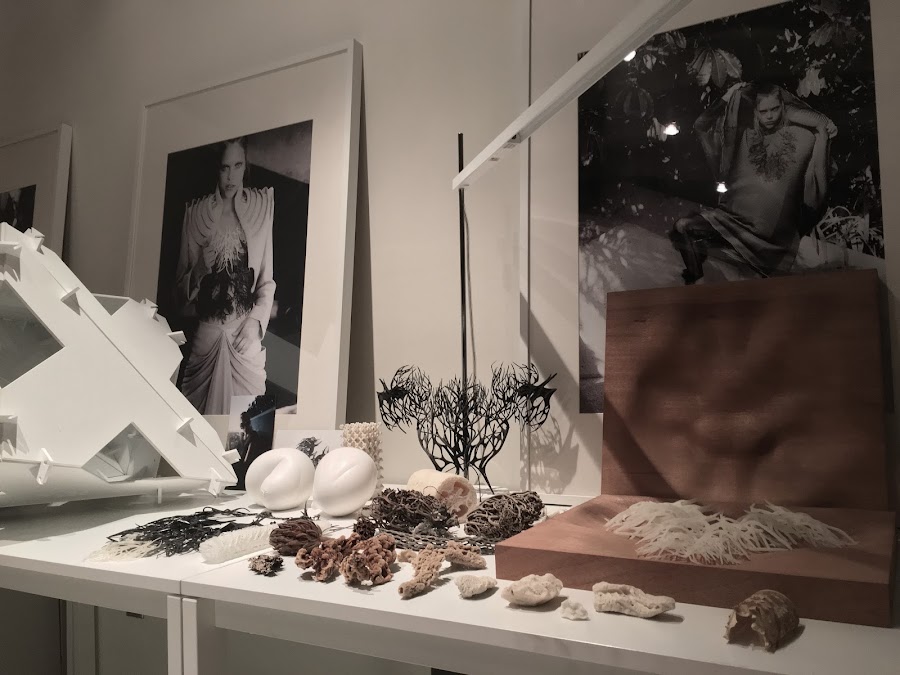 Julia discovered 3D printing through architectural courses in Vienna at the University of Applied Arts and capitalized on her knowledge of the technology in her first product development job in London. After a move to Los Angeles in 2012, Julia was swept into the world of fashion, using her 3D printing and architecture expertise to develop innovative runway designs.

Julia pulls inspiration for her unique designs from replicating ordinary shapes found in nature; portobello mushrooms, underwater sea creatures, pinecones, and other organic shapes are characteristic of what Julia likes to synthesize into her fashions. 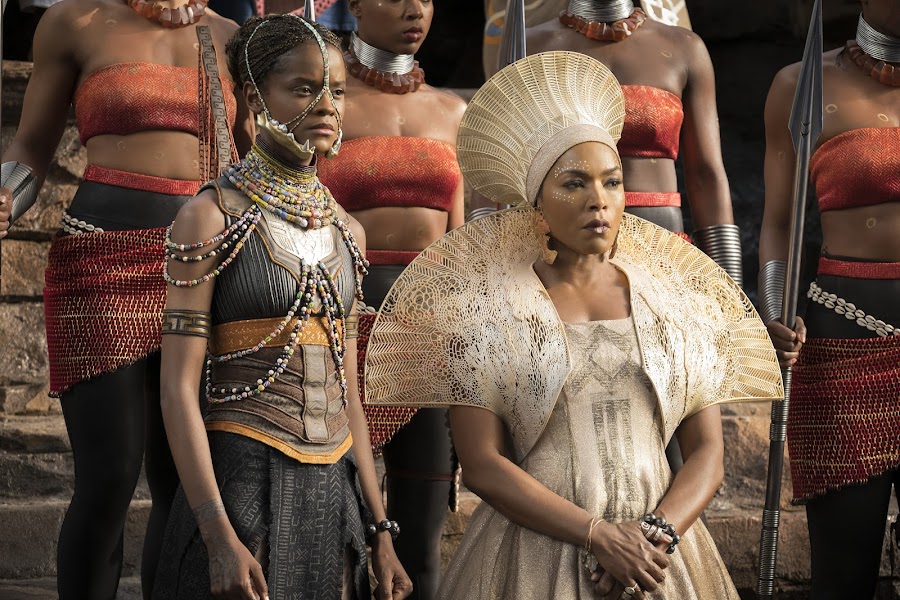 Julia has collaborated with high fashion designers such as Iris Van Herpen between 2012-2014 for Paris Haute Couture Shows. She uses her RAISE3D printer to prototype pieces that resemble traditional fabrics for softer looking garments that have a unique and modern flare. While haute couture is 3D printing their way into new, innovative looks, not everybody can afford to wear them.  A $30,000 price tag for a unique garment worn to the Met Gala is out of the average shopper’s price range.

Marvel Studio's newest smash hit, Black Panther was the first Hollywood production Julia took part in.  She was brought on to give life to Costume Designer Ruth E. Carter’s vision for Queen Ramonda’s regal look - bringing traditional African culture together with new-age technology.  The goal was for the garments to look like they could NOT have been made by hand.  The shoulder mantle needed to mimic a lace pattern, but be rigid enough to hold its shape and form while the actress was performing. The perfectly cylindrical crowns were designed with a parametrically-grown radii pattern which can only be produced by CAD software - or whatever advanced technology they’ve developed in Wakanda.  Developing these costumes really pushed the limits of the design software, as well as the materials and laser sintering capabilities of Materialise in Belgium, who fabricated the pieces on one of the largest 3D printers in the world. 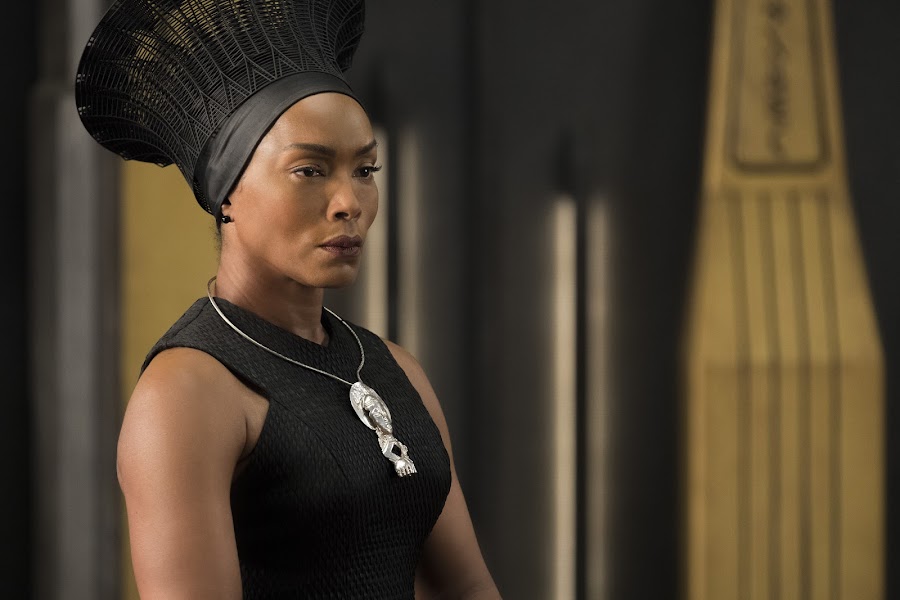 “It was so exciting to work with the costume design team at Marvel Studios to develop these pieces from scratch, and to work with Materialise to find the right materials to make the designs possible in a short time frame,” says Julia.

The new challenge of working with multiple teams of people from diverse creative backgrounds on a movie set pushed Julia to grow as an artist and designer. Although people might think of these costumes as computer generated and engineered, Julia says it was the human element that made it all work. The collaboration of costume illustrators, set designers, writers, actors, and other art forms had a huge influence on the final pieces.

Most of Julia’s previous fashion projects were shown to limited audiences in fashion shows or museums, so she sees this film as an opportunity to communicate her work - and 3D printing in general - to a broader audience. 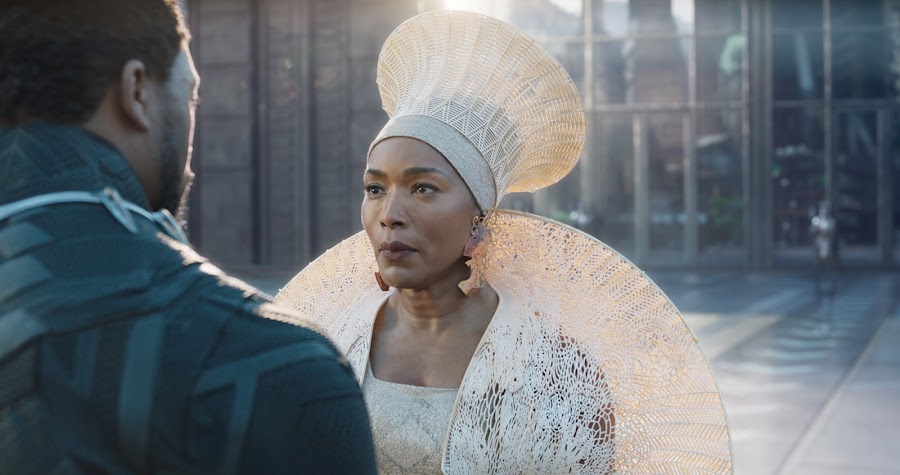 “Some of my colleagues who do not have an architecture background sometimes did not understand what I was doing with 3D printing and fashion and architecture,” explains Julia, “and now they can all experience it themselves in the venue it was meant to be experienced - their local movie theater!”

Julia even had an accidental influence on the set design of the lab where Wakanda develops its technology.  The futuristic lamps that you see there are from an Artemide collection that Julia helped to design years ago at Ross Lovegrove Studio in London.

Serving as an inspiration to younger generations has also been a passion of Julia’s.

“I hope that this film will inspire young girls and boys in how they can use technology and motivate them to get into STEM fields,” Julia says

As for what’s next, Julia has been using desktop FDM 3D printing in her studio as she prepares her new “Iceland” fashion collection for launch.  The collection will showcase 3D printed elements combined with fabrics such as leather, lace, and other raw materials. She uses PLA in neutral colors including black, white, and tan to give the designs a natural but bold look. 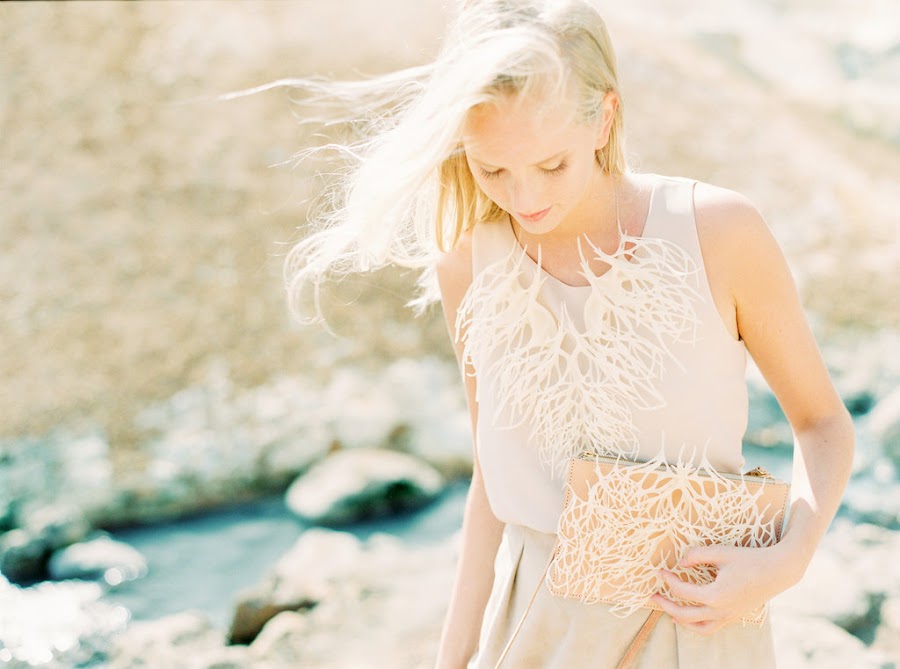 “The best thing about desktop 3D printers is the immediate feedback on the structure of the design,”  Julia explains. “The ability to fix, test, and improve concepts first in the computer with desktop printers saves time and money.  Otherwise, it would take anywhere from three days to three weeks to get back from outsourcing the prototypes.”

Through her innovation in 3D printing and architectural background, Julia is truly pushing the 3D printing world forward with her designs. She has brought many groups together through her amazing creations in the fashion world as well as in her classroom.  Julia is a prime example of a passionate mind who channeled her own experience and knowledge into a completely new field. Aspiring 3D printing fans who aren’t quite sure where to start should follow in Julia’s footsteps and look inward for their inspiration.  The Black Panther costumes are currently on display at the El Capitan and Arclight Dome theaters in Los Angeles for public viewing.

To see more of Julia's designs, visit her webpage at www.juliakoerner.com