Our June 2018 Hacker of the Month is a 14-year old student who attends the Nueva School in San Mateo. The Nueva School is an internationally-recognized independent PreK-12 school, serving gifted learners since 1967. They use a dynamic educational model to enable gifted students to learn how to make choices that will benefit the world.

Sean Cheong has been working with 3D printers and design since he was in middle school. After getting a taste of the possibilities of what he could do with 3D printing, Sean decided to embark on an epic quest to design, fabricate and build a life-size, 3D printed robot. His vision is called Project 'Bot 44.

In middle school, Sean was first exposed to 3D printing in his model rocket building endeavors. As the team captain for the Woodland Rocketeers, he realized that he could use Fusion 360 to model fins for his rocket that had perfect symmetry. In addition to saving his team a ton of labor in cutting and sanding wooden fins, he was more accurately able to include spin tabs on the fins to provide spin stabilization - these allow their rocket to fly straight up, even in windy conditions, which are sometimes prevalent in the Bay Area. 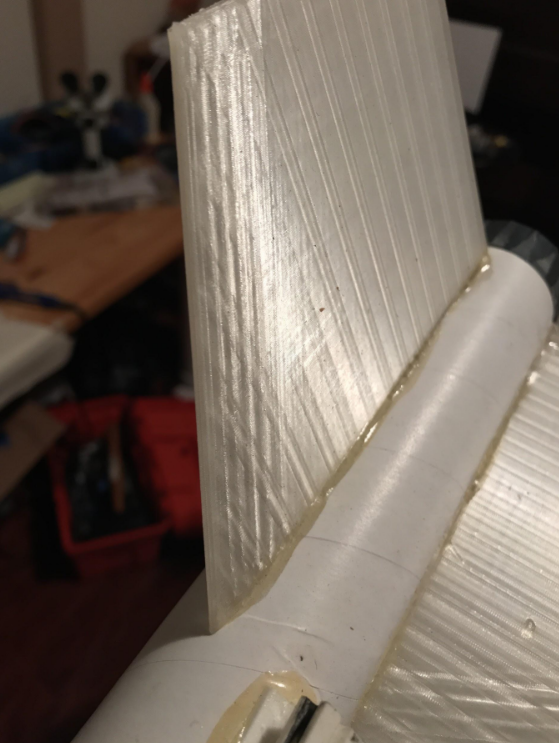 Sean then translated his work on model rockets with 3D printing into a 1st place win at his school science fair! Using 3D printed parts in place of traditional wooden components, like the nose cone and fins, helped his team's rockets fly straighter and better.

After getting a small taste of what 3D printing could do, Sean wanted to do bigger, more complex projects. For that, he needed more 3D printers!

Sean currently has three, 3D printers at home, including a Flashforge Creator Pro (his first), a Robo R2, and a Creality CR-10. He enjoys starting a print before bed and waking up to a new, 3D printed piece. Getting a quick turnaround on his parts allows him to revise mistakes, make modifications to the parts, and to get consistent results on several iterations of the same parts. Sean typically uses PLA and ABS for his 3d printed robot parts. 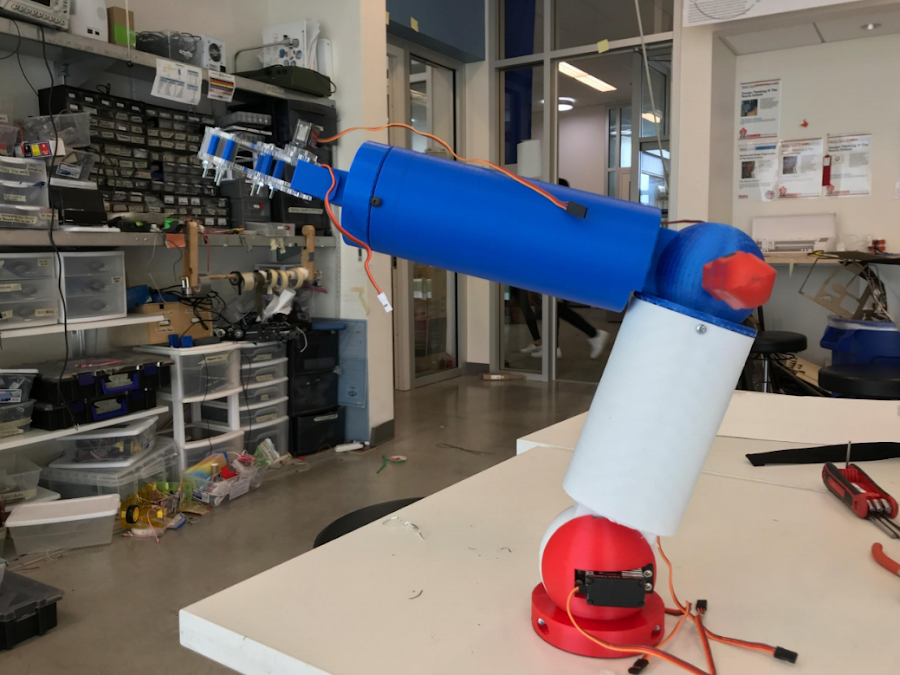 Sean is not only good at getting great 3D prints, he is also adept at repairing 3D printers. His school printing I-Lab had two Makerbot Replicators that were out of commission when he started high school. Sean diagnosed the problems that were keeping the 3D printers from working. He then learned how to replace the extruder and clear a blockage in one of the nozzles. Once he affected those repairs, he also tuned the Makerbots by tightening the stepper motor belts to prevent axis skips while printing!

All of this work and experience in 3D printing led Sean to his ultimate goal; to create a life-size, 3D printed robot. Sean's vision is called Project 'Bot 44. Project 'Bot 44 started with the idea of building a Kinect-controlled full-body robot arms, torso, head, hip, and legs that mimics the motion of its human operator. The physical appearance of 'Bot 44 is inspired by a robot agent character from the Missile Mouse adventure series. Robot 44 rescues Missile Mouse from capture, they become friends, and together they save the world. Project 'Bot 44 is built with open source technologies like Raspberry Pi, uses off-the-shelf components, and is fully 3D-printable. 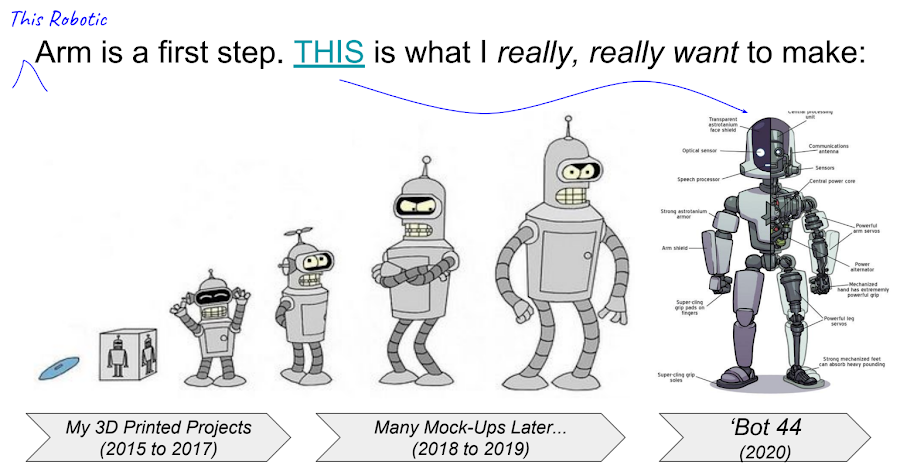 Sean designed the first part of Project 'Bot 44 in Autodesk Fusion 360; the robotic arm. He has spent over seven months designing, fabricating, testing and redesigning his robot arm.

It is a 6-DOF robotic arm powered by six servos, controlled using an Arduino Mega 2560, and human-operated with a Logitech Extreme 3D Pro joystick. He modeled the arm using Fusion 360 and printed it with MatterHacker and Solutech filament.

The six servos powering the arms (from small to large):

Some of the challenges that Sean had with 3D printing the arm were that 3D printed parts experienced more friction. The friction caused the joint to require more energy to turn and reduced the efficiency of the servos. Sanding the print and adding lubricant has helped mitigate this problem.

The 3D prints also had some tolerance issues which caused jerky and imprecise movements. During printing, expansions and contractions of the print caused space between each joint allowing for wiggle room to move.

From this, he learned that instead of using a guess and test approach in geometry and dimensions, designing in advance and ensuring dimensions are correct significantly reduced the number of revision prints. 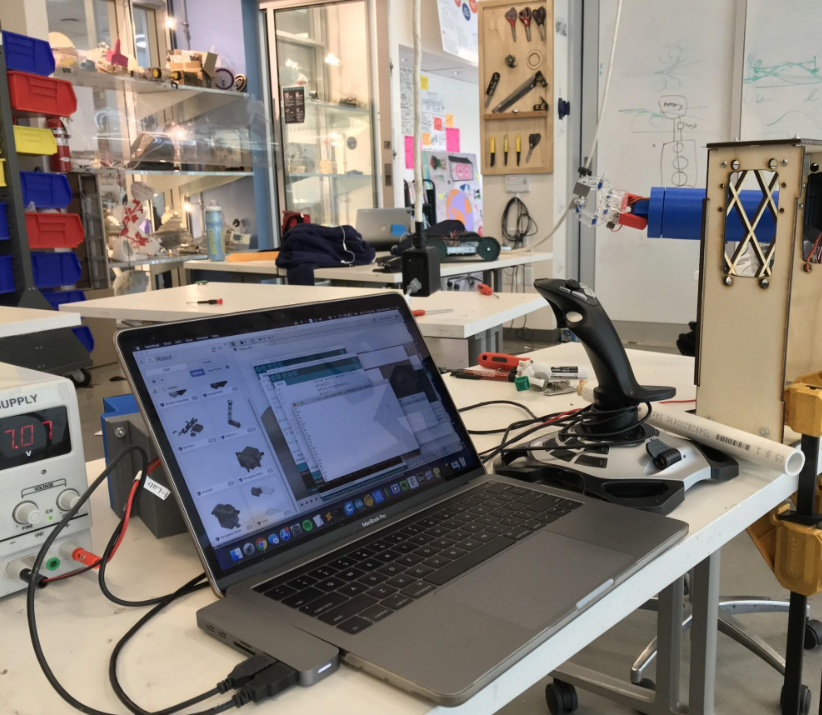 Sean's Workspace in the school I-Lab

One of the major lessons that Sean has learned from all of his design work is that failure is a part of getting to a final solution. Countless hours of research, iteration, design, testing, and doing this approach over and over again are the hard way, but the right way, to get an amazing, working design.

In addition to his 3D printing endeavors, Sean is also an adept coder. Recently, he competed in the GunnHacks 4.0 HackaThon at Gunn High School in Palo Alto. In October 2017, this Hackathon was the first of the season, and was attended by approximately 100 students from the Bay Area. After a marathon coding session and only three hours of sleep, Sean brought home a 3rd place overall prize for his 'BladeChat' entry. To further his Project Bot '44, he traded away several prizes to get a second Logitech joystick to control a second robotic arm! 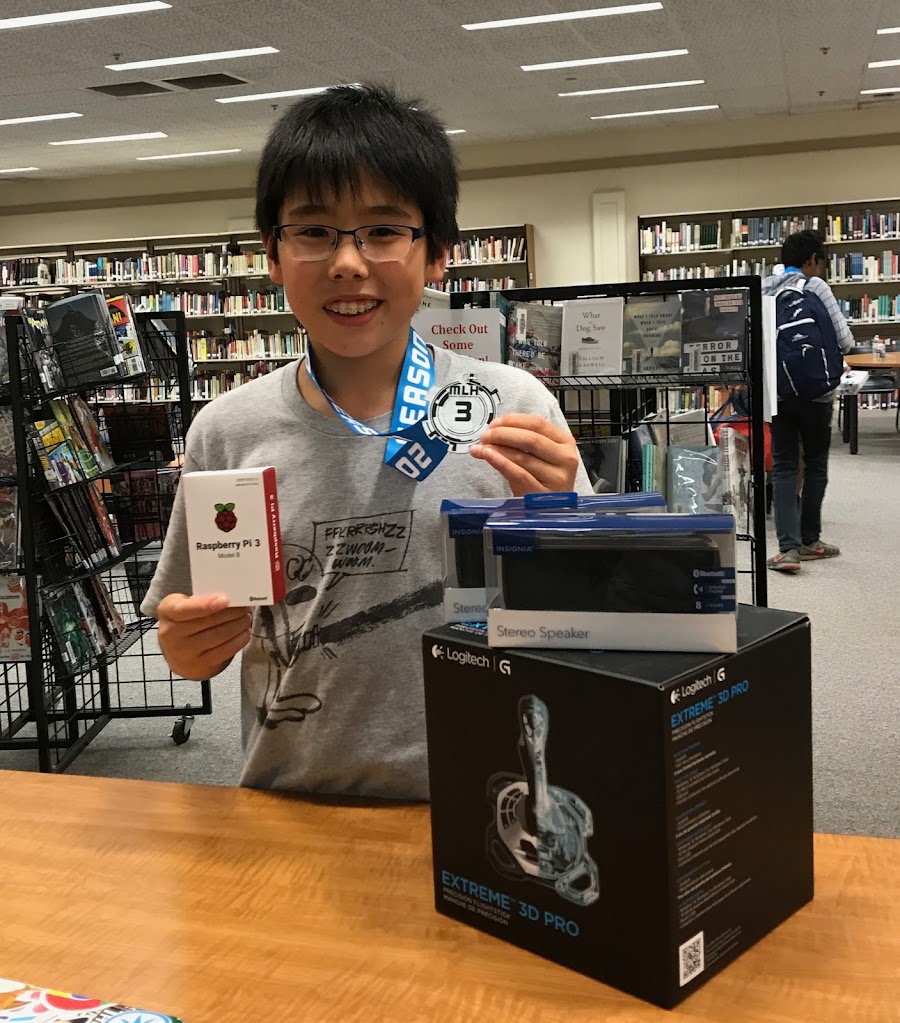 Sean After Receiving His 3rd Place Overall Award in the HackaThon

For the future, we can't wait to see the progress that Sean makes on Project 'Bot 44! He has a lot of work ahead of him, but he is eager and excited to bring his vision to life to help other people.

For more information on Sean's Project 'Bot 44, you can visit his website here: https://x.twobit.co/

For more information about the Nueva School, visit the website here: http://www.nuevaschool.org/ 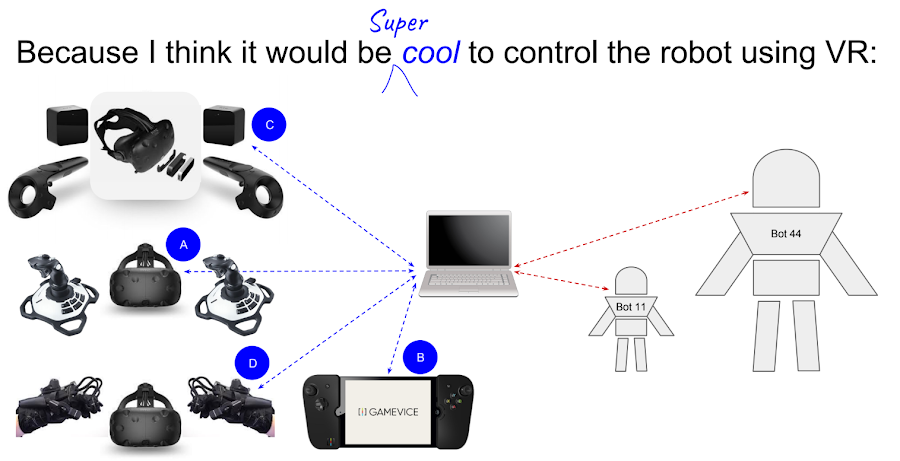 One of the highlights of my time here at MatterHackers was the chance to surprise Sean in class to award him with three spools of MatterHackers PRO PLA! The Nueva School sits directly adjacent to the Maker Faire Bay Area grounds, so a quick walk around the corner was all it took to get there.

The staff was extremely accommodating and helpful in getting everything ready so we could surprise Sean. Big thanks to Scott Swaaley, Desiree Viray, Diane Rosenberg, and Meghan Riehl of the Nueva School, and to Sean's dad, John for being in on the surprise! The Nueva School is truly a fantastic facility - my inner high school geek was extremely excited to visit. During the visit, we were able to meet amazing instructors, see the very robust equipment available to the students, and get a first-hand look at how the Nueva School is inspiring a future generation of scientists, artists, and creators. 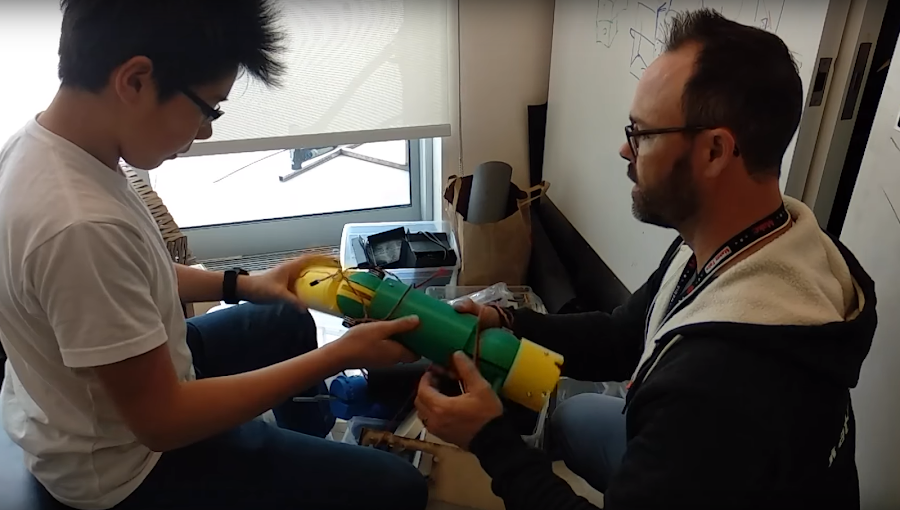