How To: Bring Video Game Characters to Life

3D printing has been a game changer in the cosplay world. Learn techniques from our resident cosplayer to turn digital models into physical costumes.
Alec Richter
(EDIT)
Add a Comment | View Comments

In the past, creating an object based on a video game was difficult, time intensive, and generally accomplished by hand. My background in 3D printing comes from cosplay, and the most common question I am asked is "how do you make your costumes?" I used to to explain the lengthy and complicated process of using a Japanese papercraft program, Pepakura, to assemble a paper model, and coat it in noxious polyester resin and fiberglass to strengthen it. Now, the answer is much more concise: “I 3D printed it,” and the process is immediately understood.

With the momentum of 3D printing, the process of creating something for cosplay is transitioning from physical crafting to digital fabrication.

Thanks to many generous makers and groups, it is very easy to find 3D models of objects from video games. Sometimes these models are created by a maker looking at pictures from the video game as a reference for their sculpt, and these are usually able to be printed without issue. Other times, models will be extracted or “ripped” from the coding of the video game, and these almost always come with problems.

In order to save processing power of computers or consoles, developers will create helmets or guns or vehicles in games by mashing different pieces together. Rather than make two parts that perfectly fit together, like a phone case on a phone, they would just make the two pieces morph into each other. When parts are morphed together, this can create holes in the model, preventing it from being printed correctly. This means they are not "watertight", which is the key to any successful 3D print. 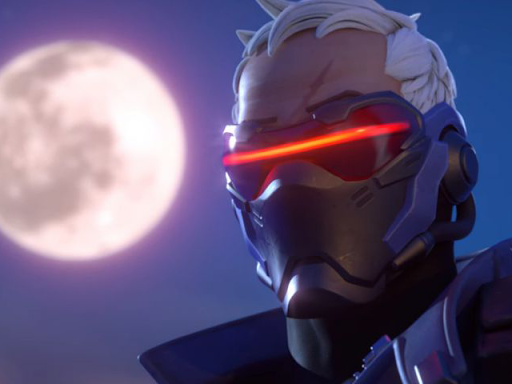 The example I am using is Soldier 76’s mask from Blizzard’s new game Overwatch. The model was found by Replica Prop Forum member, sturds. When you “Select All” in Sketchup, it will select all the faces of that model. As you can see here, the visor isn’t selected and yet it is touching the rest of the mask (Figure 1). This is an example of this “morphing” and it is especially important to notice the corners of the triangles don’t touch (Figure 2). 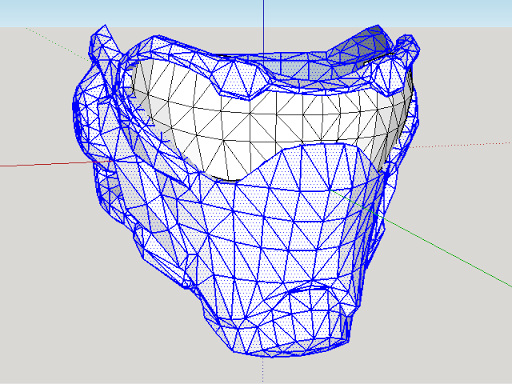 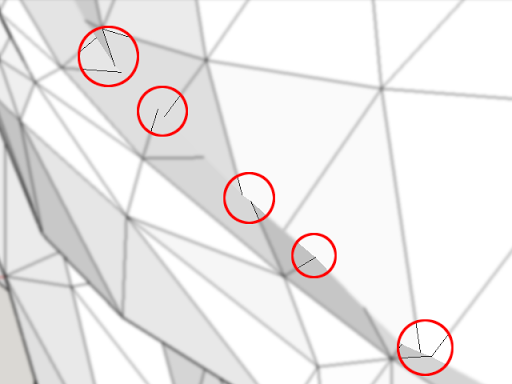 To fix these issues, you’ll need three programs, all of which are free:

Using the Extension Warehouse (Figure 3), find “Sketchup STL” and install it. This will allow you to export and import STLs with Google Sketchup. (Figure 4) 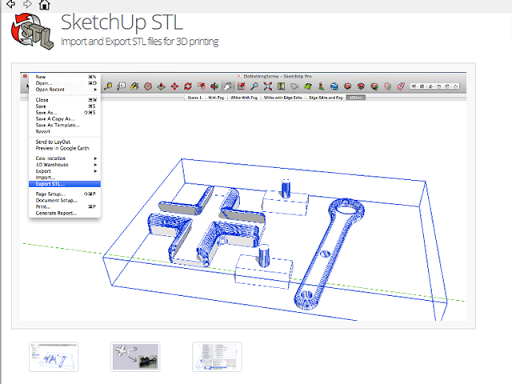 Step 2. Draw it out: Connecting the separate pieces.

Google Sketchup’s “Lines” tool has the handy feature of letting you know when there is an intersection between two lines. This will be used to redefine the borders of the visor to connect it to the rest of the mask.

Note: Sometimes, for reasons I don’t know, Sketchup will not allow you to click on the intersection. Sometimes I come back to it later and see if fixing the rest helps that point, and if it doesn’t, I create a line as close to where it should be as I can. 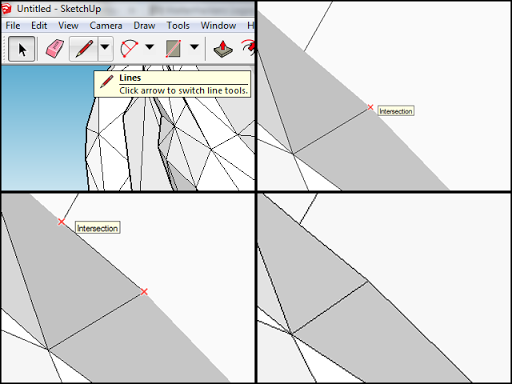 Step 3. Filling it in: Patching holes in the model.

Occasionally, there will be holes in a model. Either the original had it or in the process of connecting the two parts, a hole was created. This is just as easy as connecting the parts

Step 4. Clean up inside

On the inside, there are now sections of the model that aren’t necessary. Essentially, this step is about trimming away what has separated by step 2.

Press the delete key and they should be gone. (Figure 14) 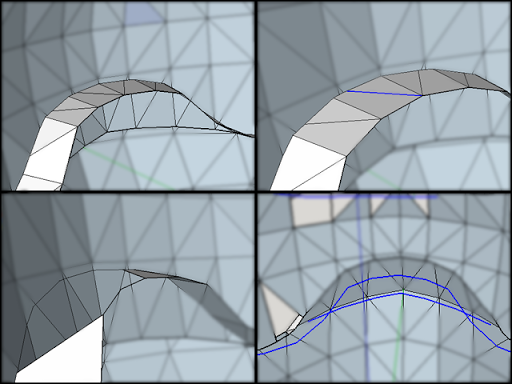 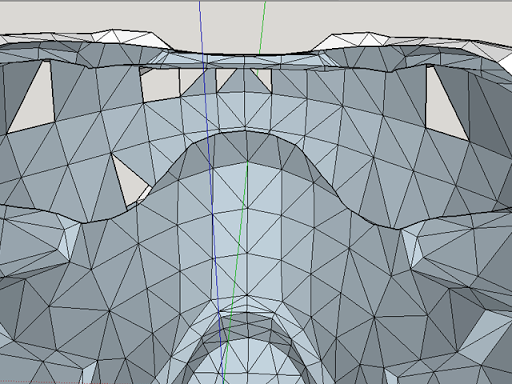 As you saw what happened when we deleted the line defining the two faces, the same has happened to some of the faces we wanted to keep. Here’s how we bring those back: (Figure 15)

Note: Sometimes it won’t be clear which opposite endpoint is the right one to pick. Try each one until you see the right contour to the model. E.g connecting A to B creates a really jagged edge where it should be smooth, but A to C is a nice smooth surface. 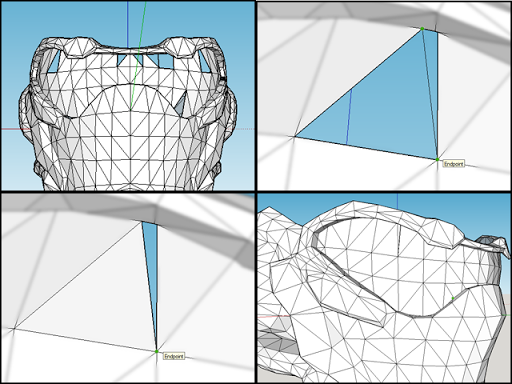 Step 6. Hose it off (Optional)

Soldier 76’s mask in Overwatch has a hose on either side of it. Personally, I would rather remove this from the model and use some real hose for this rather than attempt to clean it up with sanding and painting it. If you’d prefer to leave something like that on, that’s totally fine too. 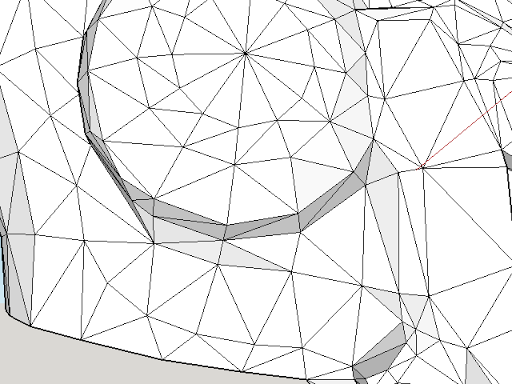 Step 7. Large scale production: Sizing the mask to fit you.

Models from video games don’t usually have units. You may download something and find it’s the size of a house or it’s the size of a dime. The size of any model needs to be adjusted to be sure it fits right. In this case, for a mask, head size is the important measurement.

There are several different ways to do this, this one looks the silliest. 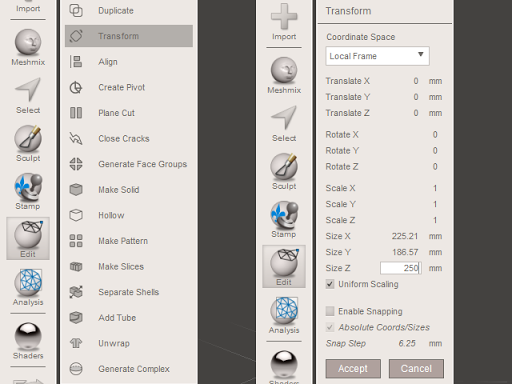 Step 8. Mix it up: Using Autodesk Meshmixer to thicken your model.

At this point, the model we have cleaned up is essentially paper thin, much too thin for your printer to be able to do anything with. Using the features within Autodesk Meshmixer, we can thicken the model. 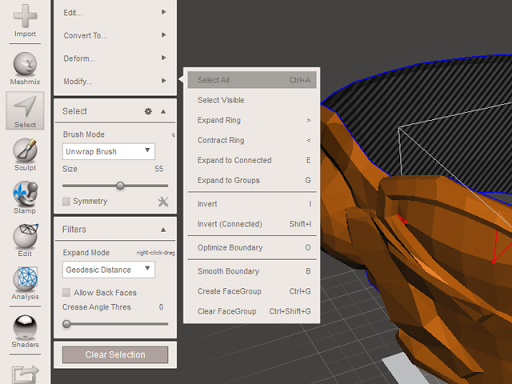 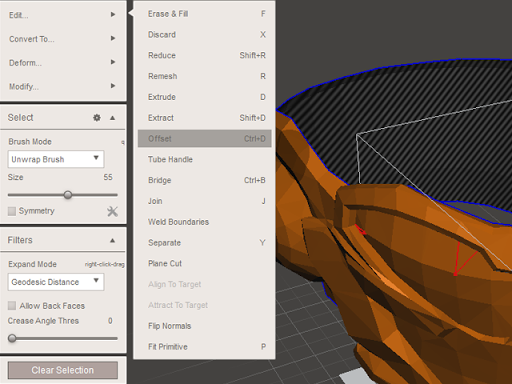 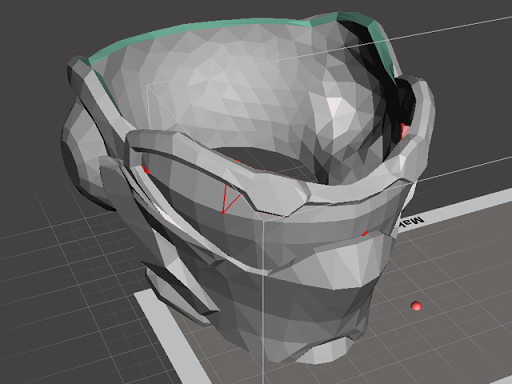 Most printers can’t print larger than 180mm squared, or so. We’ll need to cut the part into separate pieces. For something like this, I prefer not to use dovetail cuts or mechanically join them, as I finish them afterwards with paint and putty anyways. If you’d like to use something like that, check out Scott’s article here. 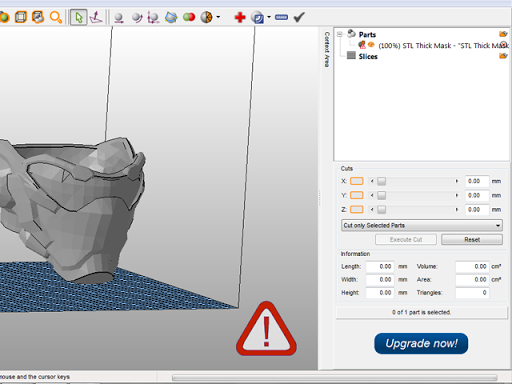 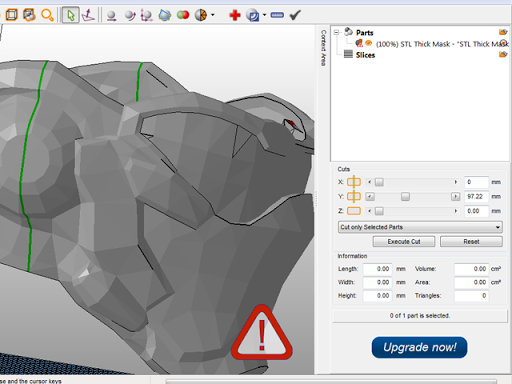 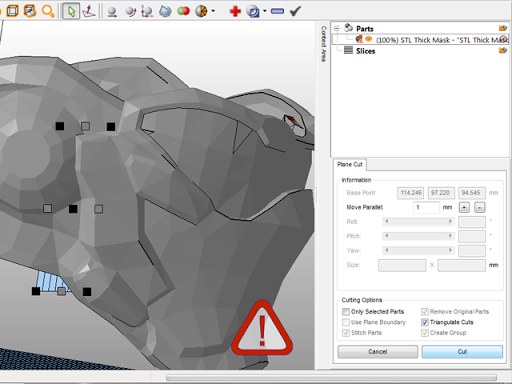 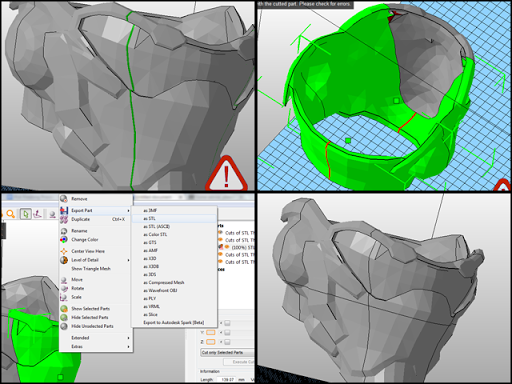 Step 10. Some assembly required: putting it all together.

Break out your Crafty Pen and use it like you're making welds. Use some painter's tape to hold two pieces flush, then extrude a thick line onto the back of the seam. With a little practice, it should take only a minute or two to weld two pieces together.

And that's it! You now have a full scale, personally sized, Soldier 76 mask. Stay tuned for future articles on how to even out the seams, clean up print lines or stringing scars, and smooth out the rough shape of the original 3D model.