How To: Post-Processing PETG 3D Filament

Learn how to make your PETG 3D prints shine or look like authentic models in this informative finishing guide.

What is PETG 3D Filament?

PETG is an abbreviation for Polyethylene Terephthalate (with a glycol modification) which is one of the most common polymers used today. It’s used to make water bottles, food packaging, and countless other common plastic items. As a 3D printing filament, PETG plastic has proven its worth as a durable material that is easy to use. Figuratively speaking, it combines the most useful characteristics of ABS 3D filament (the rigidity and mechanical properties for functional parts) with the ease of printing that PLA filament affords. Kind of a “best of both worlds” scenario. But how easy is it to finish? You can sand, use filler, or use epoxy resins for PLA and ABS, but what can you do to finish PETG? 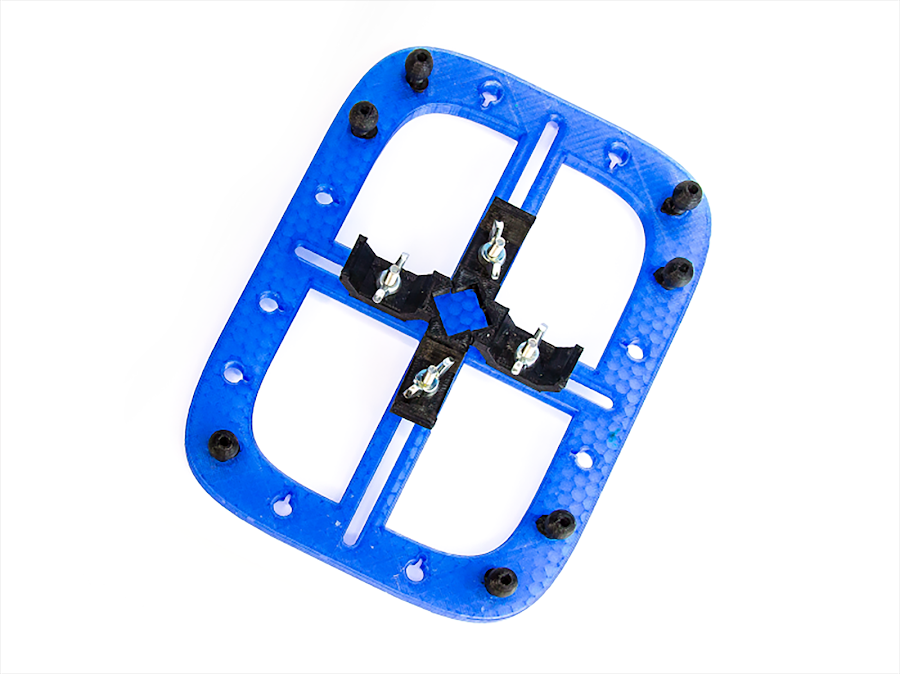 Printed completely in PETG, an adjustable PCB workstation by giufini on Thingiverse

What is Finishing and Why Do You Want To Do It?

There are several techniques to remove or diminish the striations or layer lines of a 3D print, this is called “finishing” or “post-processing.” Some of the different processes are universal and can be applied the same across a variety of filaments. Others are material specific and are only applicable to one material. Some materials are chemically reactive, others are not. If you intend to mold a 3D print, use it for a costume, or want something that doesn’t look 3D printed, you need to post-process it. PETG is great alternative filament from ABS or PLA for costume or prop making because it’s as easy to print as PLA but has temperature resistance similar to ABS; it doesn’t warp while printing like ABS and it won’t become a warped and bendy mess in your car on a hot day like PLA. Let’s take a look at the different methods you can use for PETG, universal or not. 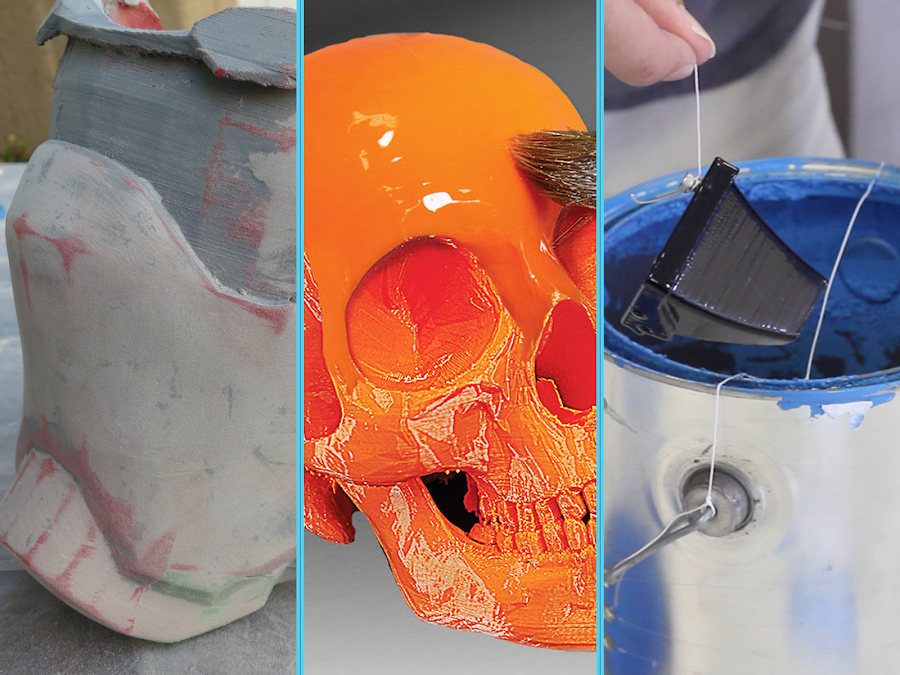 Sanding and filling on the left, XTC-3D epoxy coating in the middle, and vapor smoothing on the right.

This is the same process documented in out How To Smooth and Finish Your PLA Prints. Between ABS, PLA, and PETG, ABS filament sands the easiest and PLA sands the hardest, putting PETG in a nice medium between the two. You start with coarse sandpaper to knock down most of the layer lines on your 3D print. Layer lines at a microscopic level are essentially a series of cylinders laid on top of each other. By sanding it, we can smooth out the big ridges to look and feel smoother, but this still won’t completely smooth out the surface, since there are still gaps between the layers. Using filler primer, spot putties, or body fillers, we can fill in the gaps if they’re minor, if they’re a little more obviously felt, or if there are extreme differences between the layers, respectively. For something printed fast and with tall layers like with a MOARstruder or Volcano nozzle, which can print up to 0.9mm layers with a 1.2mm nozzle, there are some intense differences between layers, and for that, body filler is necessary to fill them in, but for a 3D print with a normal 0.4mm nozzle and 0.1mm layers, some spray on filler primer is a much better use. Print quality, layer height, material, and nozzle size all affect how long it takes to move from one grit of sandpaper to the next, or what method of filling you need. Find various 3D printer nozzles here. 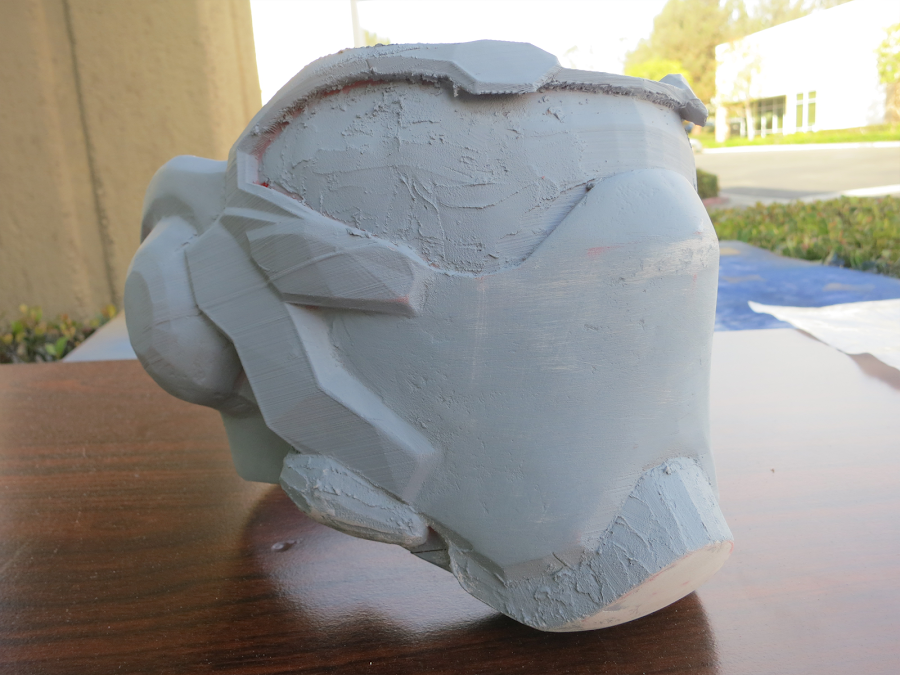 Sanded, primed and filled all the imperfections and striations

Applying an epoxy resin to your PETG 3D print is the same as PLA or ABS and you can do it by using XTC-3D. It’s a self-leveling epoxy resin which means it will flow and cover the part and won’t show brush strokes. It sands really easily and gives your parts a glossy finish right off the bat if you don’t intend on sanding it further. 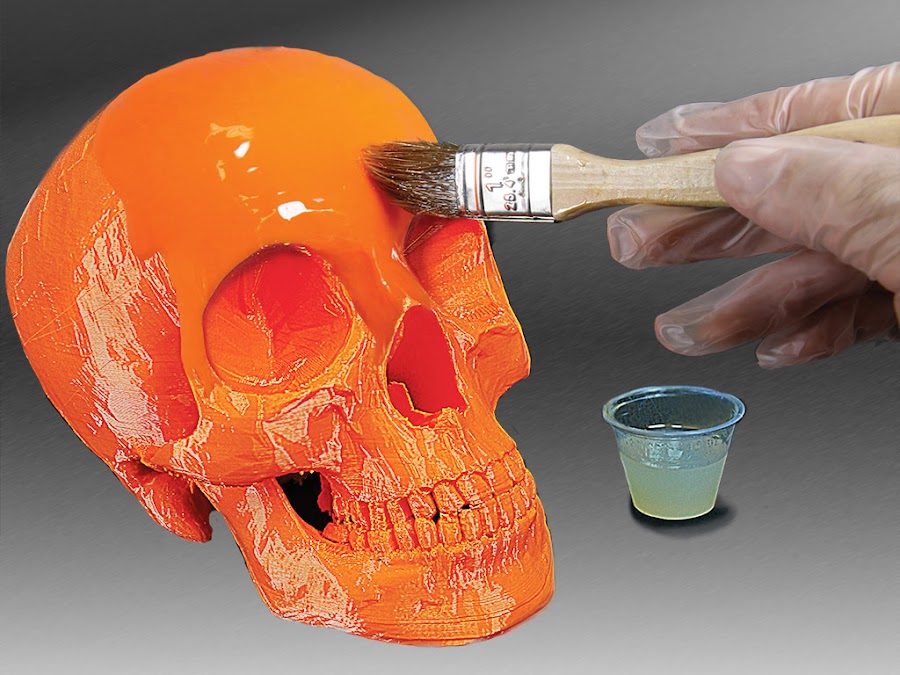 XTC-3D flows and eliminates all striations and brush strokes as it cures.

Preface: This information may be out of date as this method doesn't seem to work as well as it used to. It's possible that due to some changes in PETG filament structure that makes it easier to print also makes it harder to dissolve. It's also possible, that despite finding positive results in other communities using this method and materials, there was some different variable in their process. In any case, this appears not to work any more.

This means using some chemical vapor to start melting and dissolving the outer surface of a 3D print to smooth all the layer lines together. What’s really nice about vapor smoothing is that it gets into all the surfaces and interior faces that are otherwise impossible to get into and sand. It’s a very fine line between not enough vapor and too much, as too little and you won’t notice a change, and too much and you’ve either completely melted the part or made it too brittle to be functional. ABS has acetone vapor, and PLA has it’s own chemical (which is highly explosive if not stored and cared for properly. I won’t mention it here but you can find out about it on your own), and PETG has one as well. There used to be a readily available and easy to use chemical that worked really well on PETG and even PLA, but that too was potentially explosive and banned in California in 2011. A similar but much safer chemical that has been shown to smooth PETG is ethyl acetate, and as a matter of fact “non-acetone” nail polish remover is most often ethyl acetate. Sometimes it’s a different chemical as the active ingredient, so make sure when you’re checking for it at the local drugstore that it lists ethyl acetate. Functionally, the process is the same as acetone vapor smoothing, which you can read here or watch here. 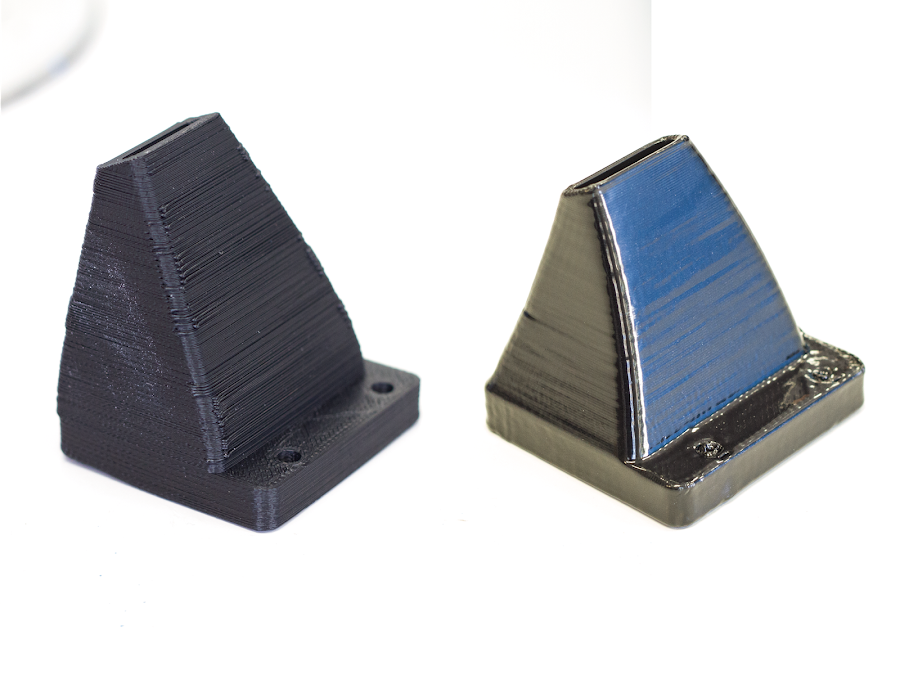 There are many models that are just too big to fit as one 3D print or it makes more sense to split the model to prevent excessive support creation. In cases like these, you’ll need to glue the two or more prints together if they aren’t friction fit using joints. Much like almost any other 3D printing material, cyanoacrylate super glue and accelerator work perfectly to cement two parts together. Much like ABS and ABS welding solvents, some people have found success with various plastic solvents and cements, like SciGrip Weldon #4, but your mileage may vary. 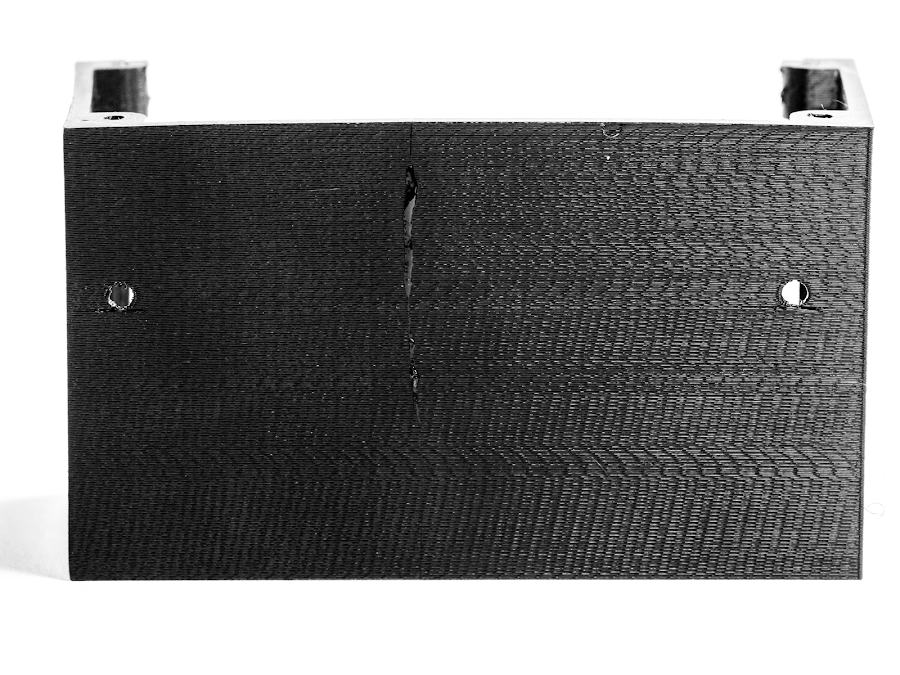 This PETG part was cracked in half and glued back together with cyanoacrylate, and you can hardly tell.

We hope that this article helps you make all your PETG 3D printed parts look awesome! To learn more about 3D printing with PETG filament, check out our in-depth guide here.