How To: Prevent and Fix Filament Tangles

It’s happened to the best of us; you start an overnight print, come to it in the morning, and find that your filament had a tangle halfway through it and your print failed a long time ago. Except that’s not how the tangles work. In this article, I’m going to dive into what exactly causes tangles, how to fix them when they happen, and what you can do to prevent them from happening in the future.

Tangles in the factory? 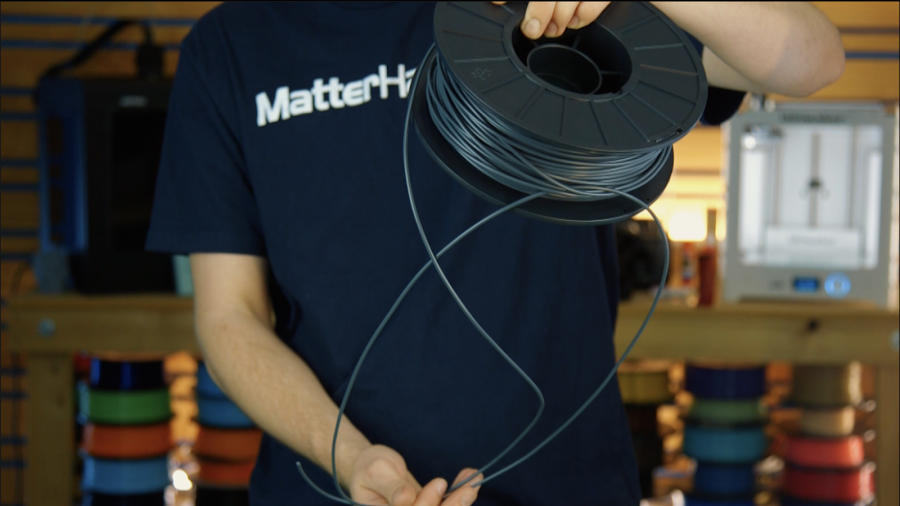 First thing, filament is never welded together to fill up a spool if it runs short, it just gets chopped up and added to the next batch, so once one end is wrapped onto a spool, the line is never broken from extruder to spool. Take a piece of string and hold both ends; one end represents the filament coming out of the extruder, the other represents the filament that is already wound on the spool. Now, try to make a knot without ever letting go of either end. It’s just not possible. So from the manufacturer, filament cannot get tangled in the center of a spool, so what happens?

How do they really happen?

There’s a reason that a new spool of filament either has one of the filament taped down onto the spool, or weaved through the holes at the edge: to maintain that the end doesn’t pass under a loop. If you snip the filament or remove the tape and let go of the filament, tension will cause it to uncoil loosely on the spool. When this happens, you can’t be sure that the filament doesn’t slip underneath another coil. This is where a tangle happens. Or maybe you were careful and didn’t know you needed to be, but then when changing filament you let the end loose and it didn’t uncoil, but just bounced around enough to slip underneath. Either way there is a tangle in your filament, but it’s fixable! 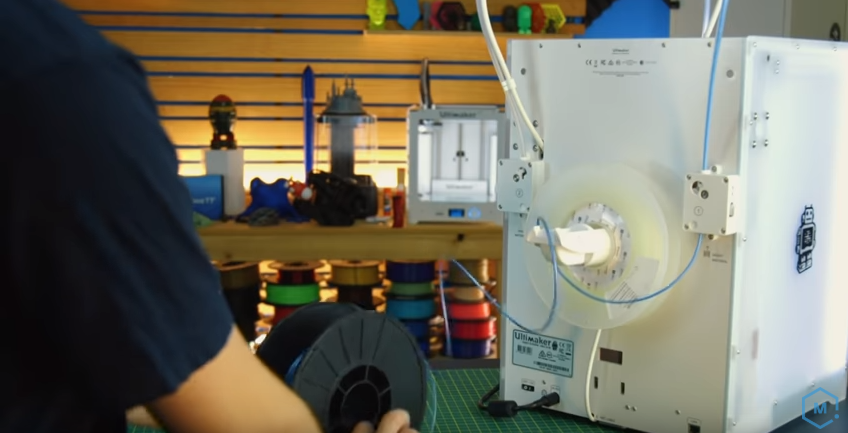 No matter how bad, a spool can be untangled, without having to undo the entire spool. Don’t just unwind the filament in an attempt to get down to the knot; this will just make it worse. When you find a print with a tangle halfway through the print, what’s happening is the knot is getting pulled tighter, tighter, slips and gives some slack to the extruder, then keeps pulling tighter until eventually the extruder can’t pull past it. This is what’s happening if you’re just uncoiling the filament instead of getting the knot out. To get the knot out, you need to get just enough slack to pull whole loops of filament over the edge of the spool. You will end up seeing three “paths” of filament coming from the spool, this is how you can tell you haven’t gotten the tangle out. You’ll want to keep doing this until you have one “path” of filament coming off the spool. Once it is, that should mean you have the tangle off the spool, unless you have multiple tangles on it. 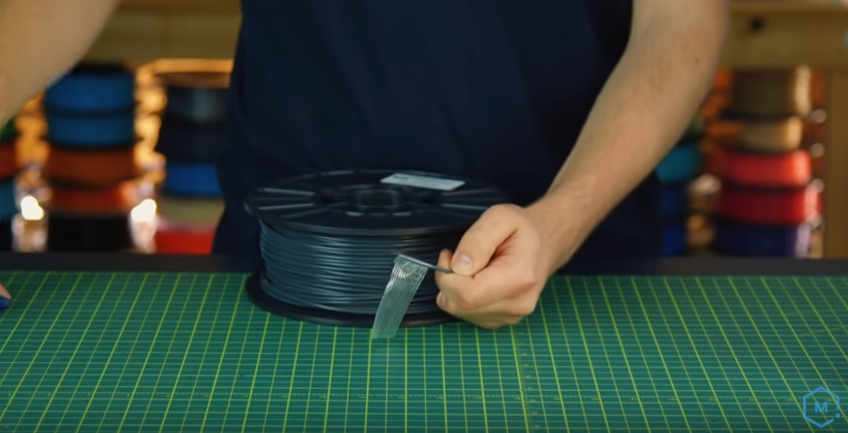 How do I prevent this from happening again?

This is the cardinal rule I tell any person new to 3D printing: never let go of the end of your filament unless it’s in the extruder and tensioned down or in the hole of a spool and tight enough not to unspool. You must always maintain control of the end of the filament to keep this from happening. Even still, if you notice a tangle while your print is still running, it’s possible to untangle filament without pausing the print and removing the filament. It’ll take a little extra work to be careful to not snap the filament, but it’s doable.

While a tangle is not desirable, it isn’t the end of the world if it happens now that you have the knowledge of how to fix it. So grab that spool of tangled filament you set aside because you didn’t want to deal with it, fix it up, and get back to printing with it.

I think I hit all the points I needed to make about tangles and their prevention, but by all means leave a comment or question if there’s something you don’t feel was addressed or wasn’t fully described.