Modix 3D Printers - What to Expect

The Modix line of large-format 3D printers may seem intimidating at first, but several businesses in the recent past have purchased and assembled the Modix kits without issue and are currently using them to produce prototypes and end-use parts. In this article, we give the reader an overhead view of the assembly process of the large-format Modix 3D printers. 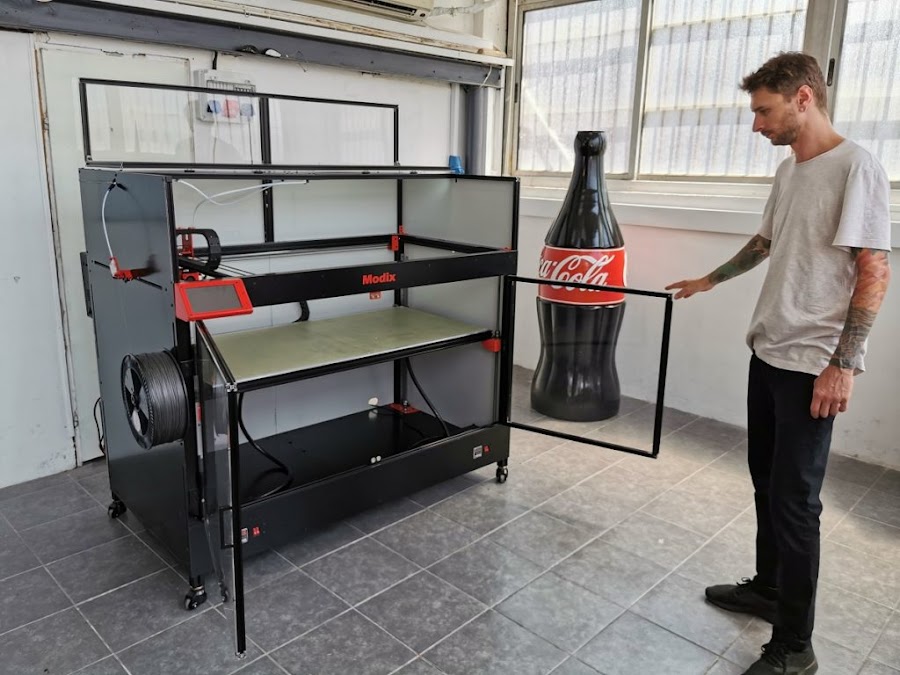 After the initial purchase, and depending on the model and upgrades ordered, purchasers can expect anywhere from three to ten boxes over two to three weeks shipped directly from the manufacturing center in Hong Kong.*

Purchasing and assembling a Modix 3D printer kit has many advantages over traditional fully assembled models. While one of the biggest advantages is the hands-on, and in-depth knowledge you will gain of your printer while following the assembly instructions, 3D printer kits also represent a high level of cost savings and flexibility when it comes to selecting where your new machine will fit within your production facility.

Each Modix kit includes a physical copy as well as links to online assembly instructions. These instructions will walk you through the assembly process with detailed textual and visual step-by-step instructions. The online guides also feature video demonstrations for every step as well as rotatable 3D models of the various sub-assemblies making the assembly process straight-forward and highly intuitive. As a baseline, the Modix BIG-60 takes approximately 24 hours for one person to assemble the mechanical and electrical parts of the printers, in addition to facilitating the firmware updates, calibration, and test printing. This is for someone that has no experience assembling a 3D printer of any kind, times may differ for those who have more experience.

All parts are labeled and pre-sorted for easy identification, and while the assembly is not difficult, it can be tedious as there are a large number of smaller screws used. Each Modix printer webpage has a link to a comprehensive parts list for reference. 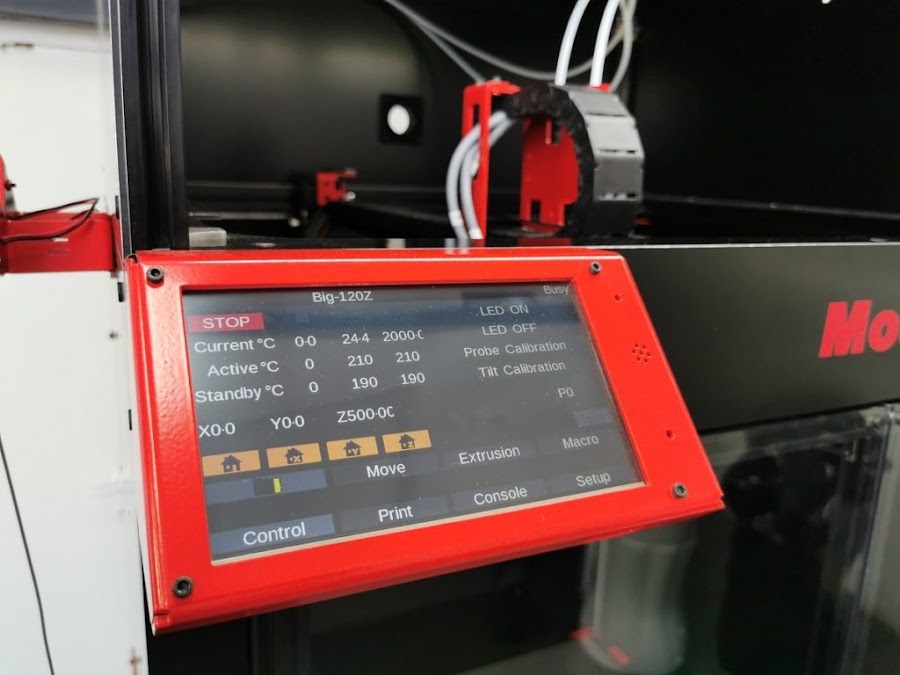 Also of note, even if an upgraded component is ordered, the original stock component will also be sent in the shipment, which could cause a small amount of confusion. For example, if you order the Z-axis linear rail upgrade you will still receive the round guide rods and associated hardware, but the round guide rods will not need to be installed. Optional secondary printheads will require optional assembly instructions, which come with the secondary printhead.

These are small pieces of advice that will go a long way to making your initial experience and assembly of your Modix 3D printer kit a more enjoyable experience.

The machines are large - you will need a dedicated space for assembly that is approximately two times the size of the final footprint. This ensures that there is enough room for all parts to be assembled in the proper fashion. 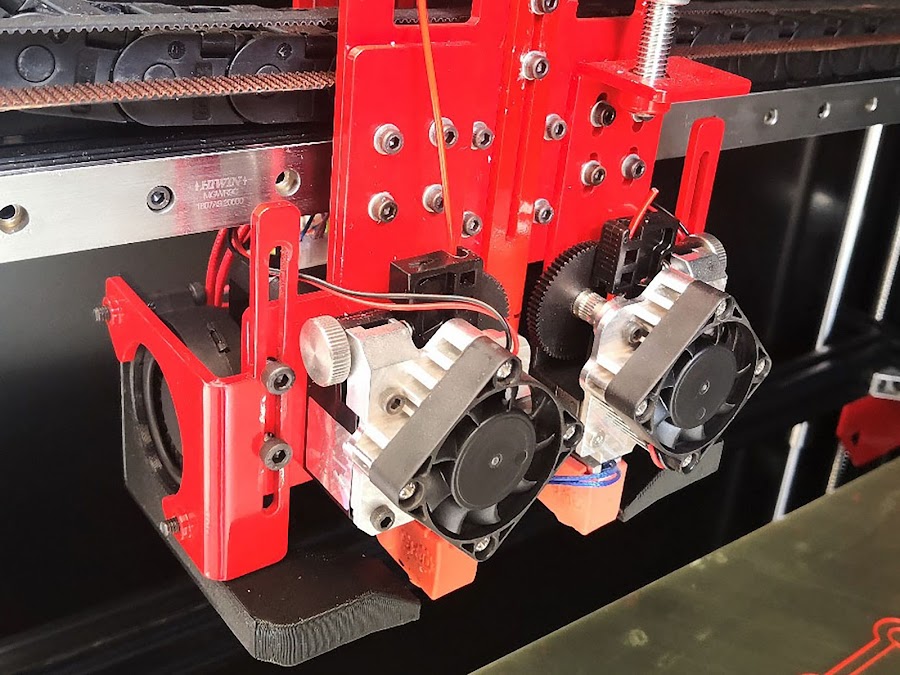 Current BIG-60 and BIG 120-X Modix owners have suggested ordering the optional casters. Moving any Modix printer without casters would be a large undertaking. With the casters installed, it’s extremely easy to move the printer when needed, and it makes maintenance much easier as well.

One unique advantage of the Modix systems includes being able to monitor the machines less, thanks to the increased capacity of filament storage up to 10kg along with the filament run-out sensor. This makes it easier to monitor larger projects less - allowing for more design work versus watching a printer. 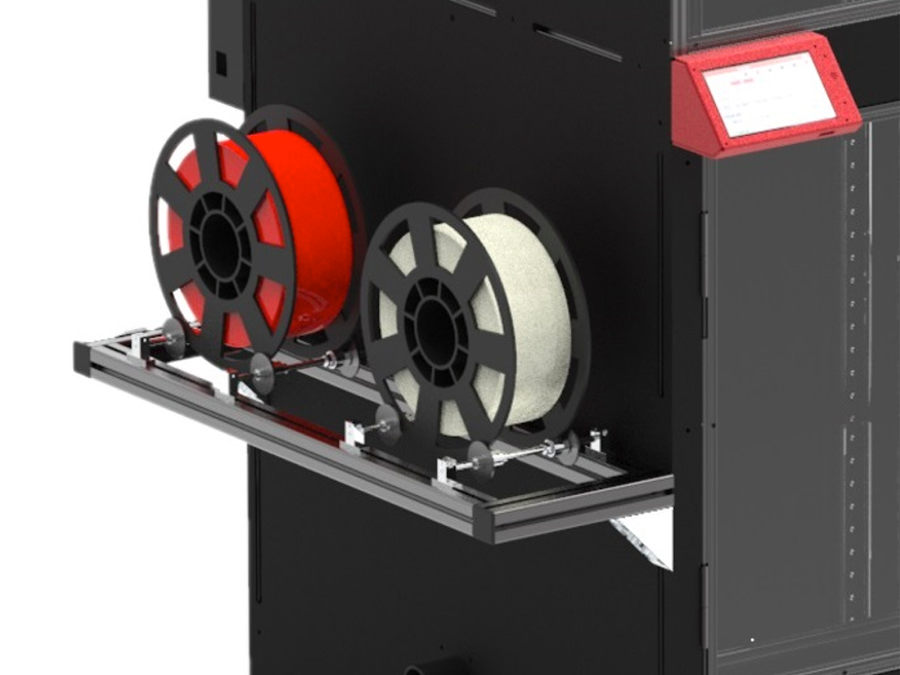 The Large Spool Shelf Add-On for 5kg and 10kg

Compared to other large FDM systems, Modix offers more flexibility in upgrades and options than comparable machines from other manufacturers. With the open system and huge variety of accessories, anyone can 3D print with any filament and any support material. There are no limitations on what the Modix format can be used for. Being able to select simple materials, like PLA, for prototypes, users are able to save considerably on filament costs, even on large models. The list of E3D upgrades for the Modix have been lauded by several previous companies that have purchased and installed them without any issues.

* Note: Pricing does not include customs, taxes, or import & brokerage fees. Customers are responsible for these additional fees which will be collected on delivery.