Our September Hacker of the Month is a Maker through and through. Greg Bellows of Riverside, California, uses his creative talents to contribute to two great organizations; the 501st Legion - a nationwide network of costumers and prop makers who attend conventions and charity events as stormtroopers, Imperial guards and other unsavory Empire characters from the Star Wars universe, and the R2 Builders - a fascinating group of makers that build astromechs like R2-D2 and BB-8 with all the bells and (literal) whistles.

Greg began his journey into 3D printing back in 2012 when he started building his first astromech droid, R4-K5. After reading about the success other members of the community were having with printing, he started researching the possibilities of 3D printing himself. He quickly learned that printing the parts for his droid would be an extremely cost effective approach, so he purchased a Makerfarm Prusa i3v, and the rest is history. 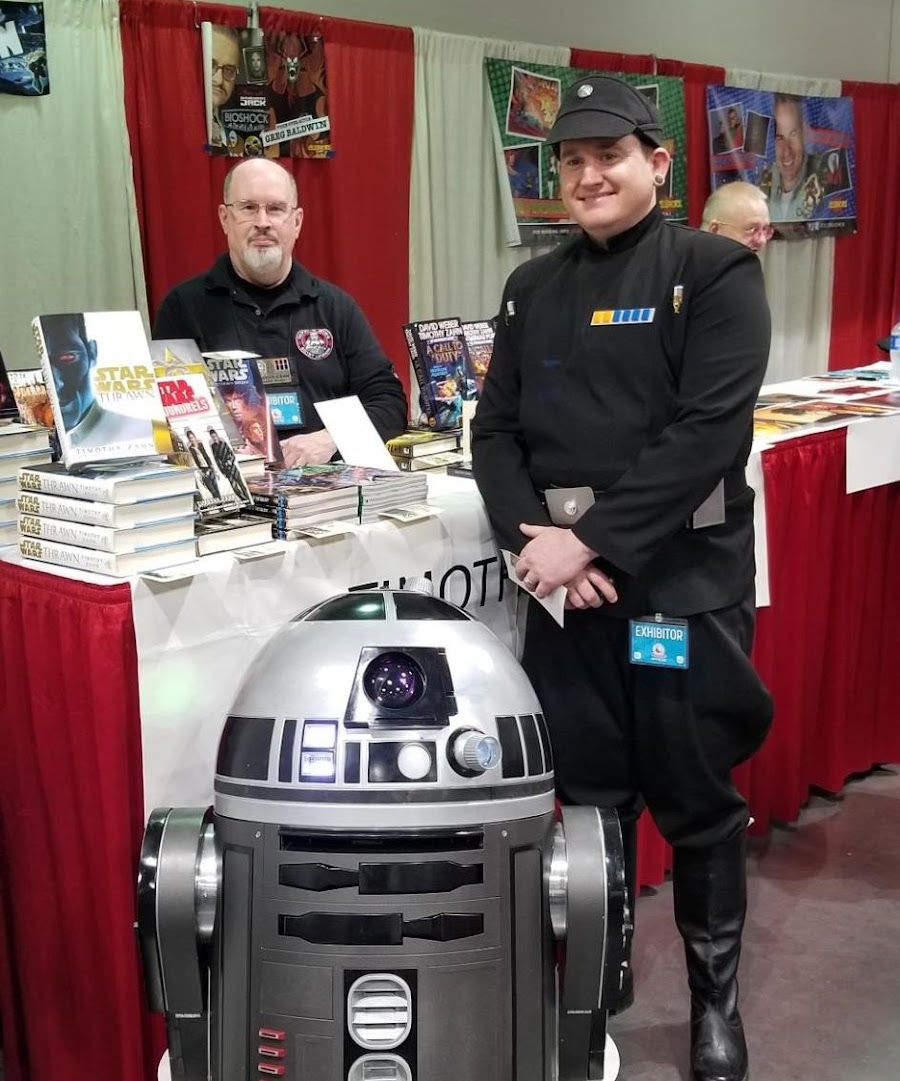 Because building an astromech is such a huge project, iterations and troubleshooting happen along the way to a finished droid. Work typically happens on one part at a time; legs, body, head, detail parts, etc. Then trying parts, seeing if they fit, going back to the drawing board, and trying again over and over make for a long, but fulfilling, endeavor.

Greg uses several finishing techniques for his 3D prints, depending on which filament he is using. While he has experimented with PLA, ABS and PETG at various times, he almost exclusively uses PETG now. He tends to print his parts with a large brim to ensure quality bed adhesion (and less wasted filament!) so an X-Acto knife is typically the first tool used to trim a piece. 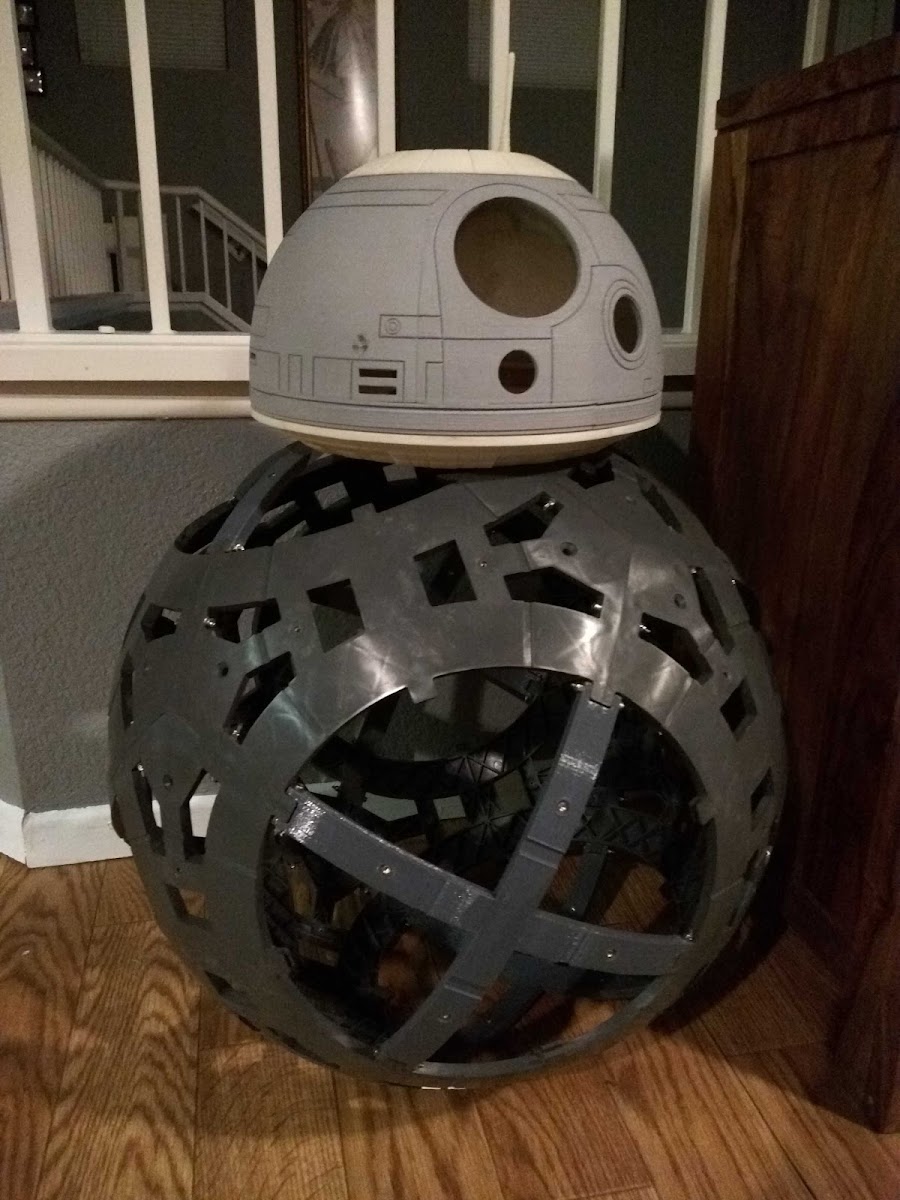 Next comes sanding, sanding and more sanding to get pieces finger-smooth, especially super-shiny droid parts! A rough sanding block comes first, to get the larger imperfections knocked down. Body filler and more sanding a few times come next with finer and finer grit sandpaper. As you can see from the pictures, Greg’s results are fantastic - a result of hours and hours of liberal application of elbow grease!

When Greg first started building astromechs and costume pieces, there was a great amount of woodworking or metalworking needed to get the desired results - skills that take effort to perfect, not too mention slightly higher material costs and a significant time investment as well. Once Greg educated himself on how to 3D model, and the particulars of 3D printing, he was able to create a prototype, and eventually finished props, in a fraction of the time. For Greg and others, 3D printing has ushered in a whole new era of prop and costume making.

As a member of the 501st Legion and R2 Builders, he is able to do conventions and charity events in the local community. As Greg explains it, “These events have raised money for cancer awareness, youth literacy, Make-A-Wish Foundation and all sorts of organizations that help people. It gives me a great sense of joy that I found a way to marry my hobby of making and love of Star Wars with a way to give back to others in my community. It's the ultimate win-win.” 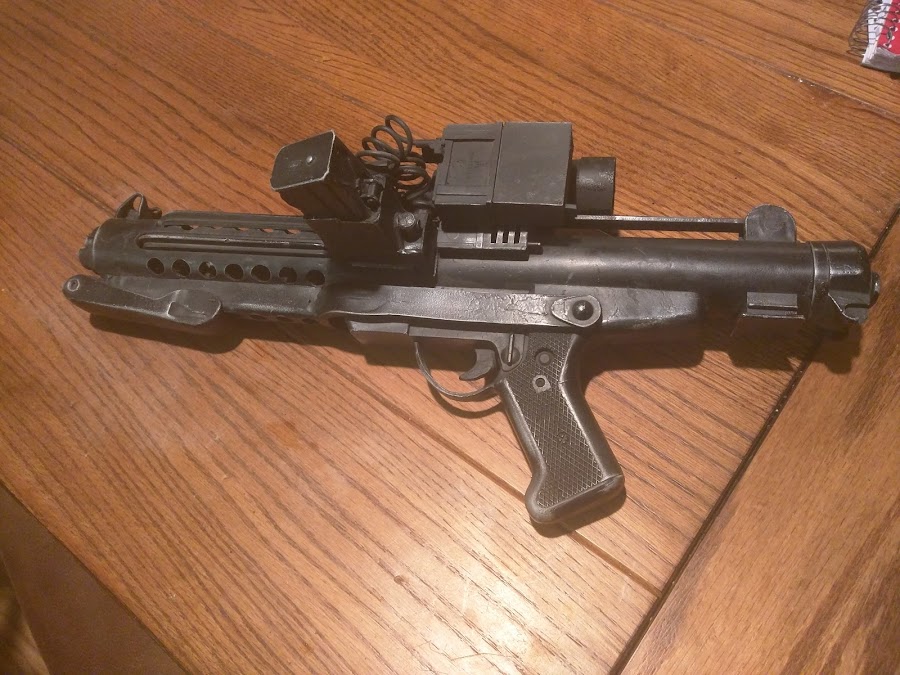 A blaster made from a stock Star Wars rifle, molded parts and some creative painting.

His 3D printing has helped him live out his passion for Star Wars and reach out to his community in ways he never thought possible. The best thing about Greg’s involvement with the 501st are the wonderful smiles he is able to bring to children’s faces - it makes all the hard work worth it!

Started by Albin Johnson in 1997, the 501st Legion has been one of the very few Star Wars themed volunteer organizations officially recognized by Lucasfilm - their community and charity efforts have been rewarded by having the name "501st Legion" incorporated into official Star Wars material including such milestones as Timothy Zahn's novels Survivor's Quest and Fool's Bargain, the Episode III Visual Dictionary, LucasArts' Star Wars Battlefront II video game, numerous toys, the Star Wars: The Clone Wars series and more. 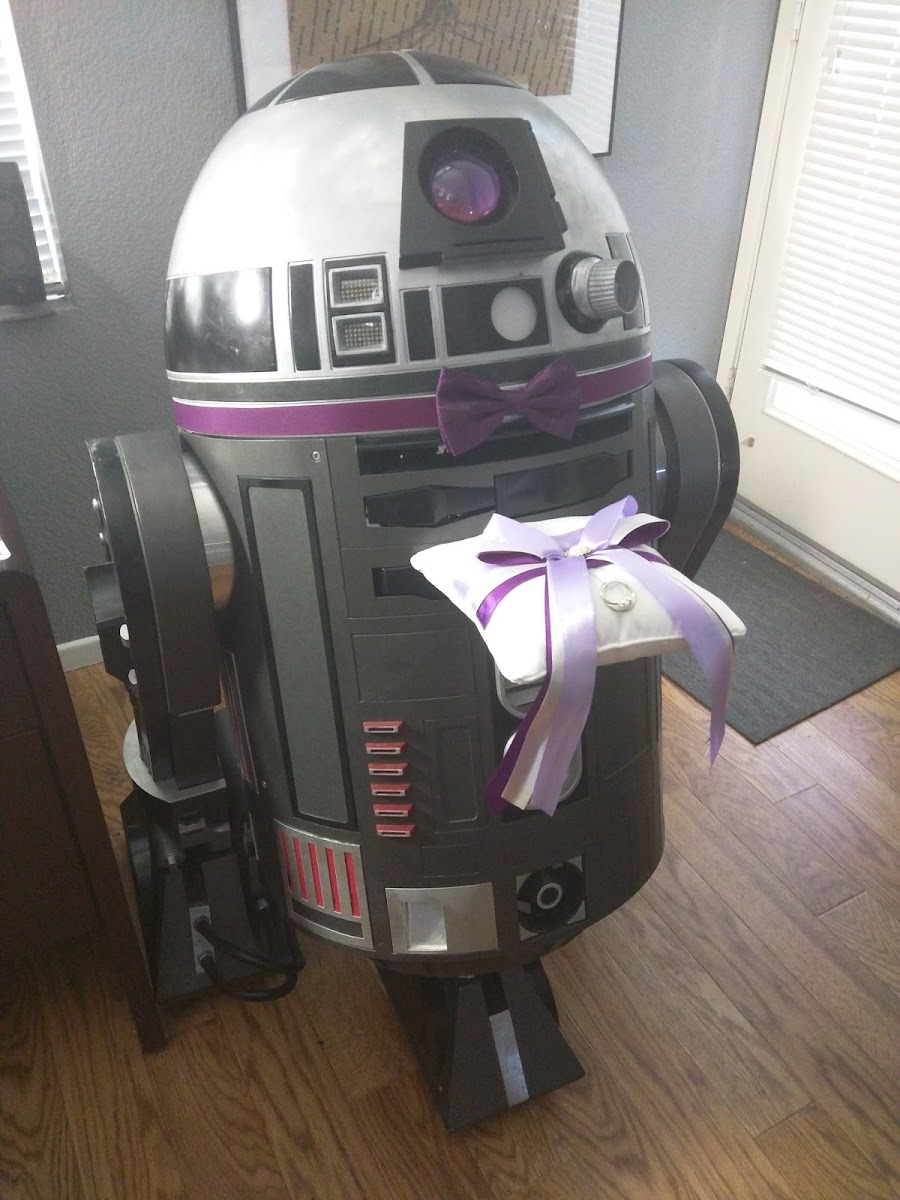 R4K5 all dressed up to be the ring-bearer in a wedding.

Greg was also able to include his droid as the ring-bearer in his best friend’s wedding, once he was sufficiently dressed up of course. R4-K5 also got to cut loose and dance after the ceremony!

Of course R2D2 clones aren’t the only awesome things in the Star Wars universe. Greg has been designing and building a working model of a Darth Nihilus lightsaber, as well as a 1:1 scale model of a BB-8 droid that will match the color scheme of his R4-K5 droid. 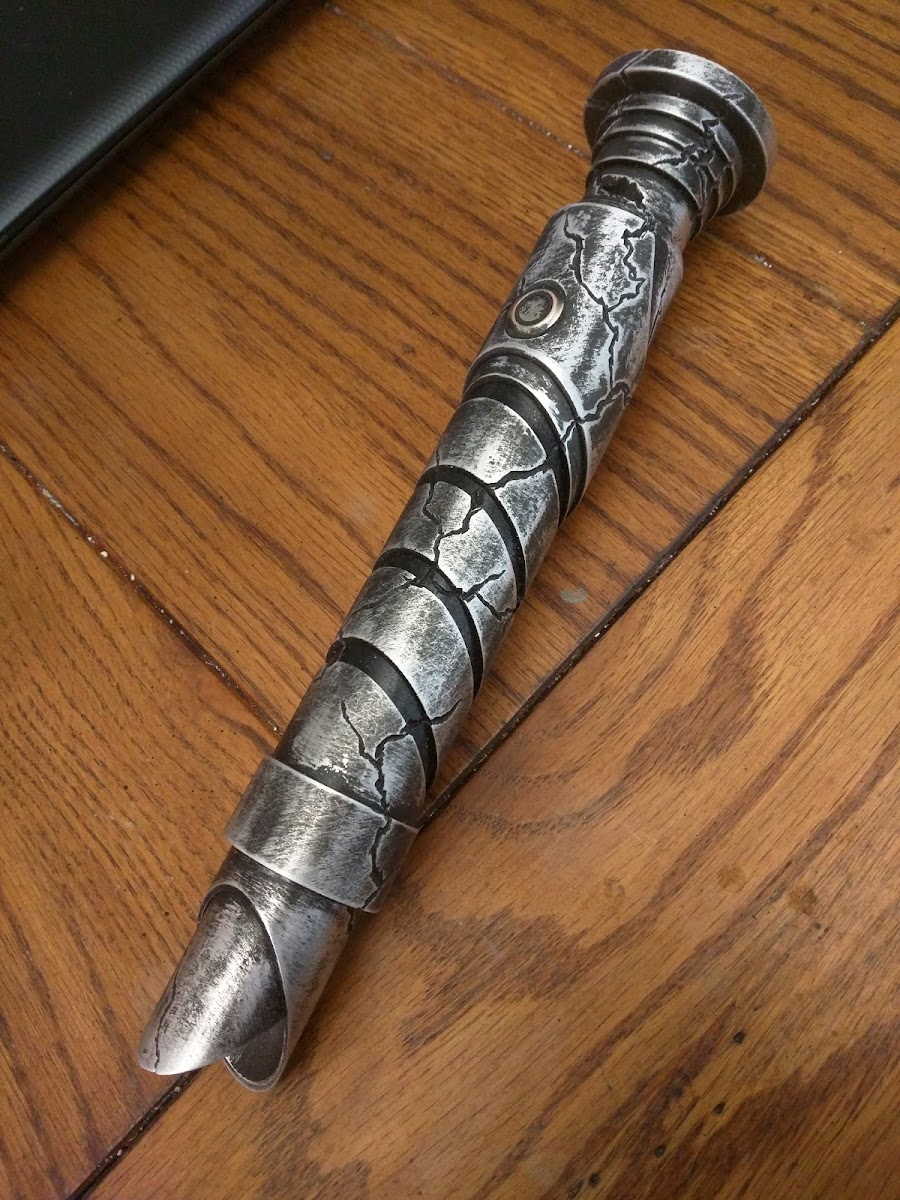 We look forward to seeing Greg’s finished BB-8 creation, as well as many more 3D printed props and costumes!

For more information on the 501st Legion, visit https://www.501st.com/