Much has been made of the new wood-based 3D printing filament, so we thought we'd try it out by printing a toy plane.

Our requested samples of wood-based filament (LAYWOO-D3) came in the mail today, which begged the immediate question - "What should we print with it?". After much deliberation we ultimately decided to print a Stratos Glider as an homage to the balsa-wood toy planes of our childhood. Realizing that, since we were doing this all "for science", we really ought to have a baseline for comparison, we decided to print our first glider out of PLA filament.

The PLA glider came out fantastic and was soon soaring across our warehouse, crashing into people and equipment with reckless abandon of a toy wielded by irresponsible adults.  Using the same settings we had used for PLA we swapped in the LAYWOO-D3 filament and, crossing our fingers that the filament wouldn't clog the print nozzle, hit 'GO'.  Watching the wood filament extrude was fascinating since it came out as a sort of grainy paste, but it deposited incredibly well on the unheated bed.  During the print the filament gave off a pleasant odor, similar to brown sugar. 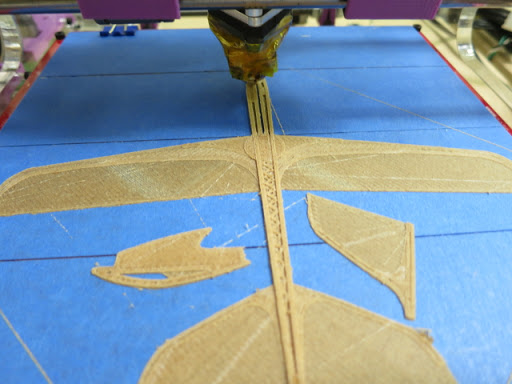 Wright Brothers eat your heart out - printing a wooden glider

Once the print had completed we attached the tail and cockpit pieces and examined the finished product. Aesthetically (and this is subjectively speaking), the wooden glider far out-shone the PLA glider: the color and the texture combined to create something that was uniquely 'wood-like' in appearance.  The wooden glider was also a bit lighter than it's PLA counterpart (4 grams vs. 6 grams).  However, we were disappointed to find that the wings were quite floppy, making the entire thing un-flightworthy.  We resumed making PLA gliders (at this point in high-demand among the staff) and set the wooden glider aside for a while.  Coming back to it a little while later we observed that the wings had upgraded from 'floppy' to 'droopy', so we took care to lay it flat and let it sit for a while longer. 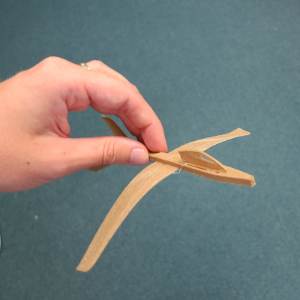 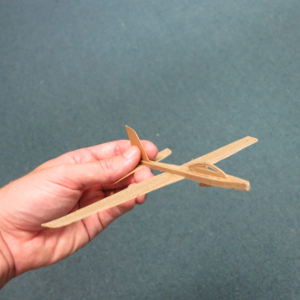 After a full 4 hours the plane was finally rigid enough to take flight and, while it didn't fly quite as true as its PLA brethren (there was some warping on the wings from laying unevenly for a time), it did make up for it by performing some impressive barrel-rolls.  The overall consensus here is that LAYWOO-D3 has great potential - we look forward to finding more cool stuff to print using the rest of our wood filament sample.  Have an idea? Send us your suggestions - suggestions@matterhackers.com. 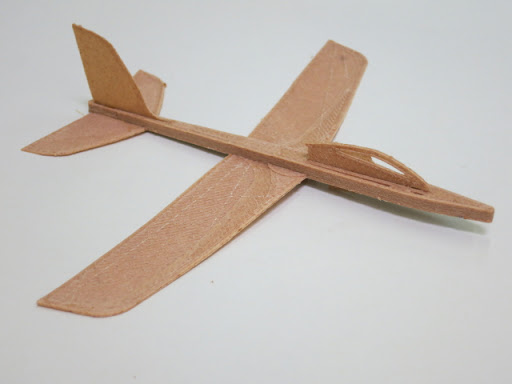 Our 3d-printed wooden glider, flight-worthy after half a day.

The wooden glider being printed