How To Build An Enclosure For Your 3D Printer

When printing with high-warp materials like ABS, maintaining a hot ambient temperature is key to successful prints. Learn how to build an inexpensive 3D printer enclosure to keep the heat in and warping out.

An enclosure is a box or assembly that goes around the printer to keep the hot air in and the cold air out. Some 3D printers come fully enclosed, but a lot of kit and reprap style printers are open by design.

Why You Need A 3D Printer Enclosure

If you don't have an enclosure for ABS prints you're going to end up with splits and cracks in your 3D part - it can even warp far away from the bed. The difference between ABS filament and PLA filament is that PLA has low warp, minimal shrinkage, and relatively low printing temperatures, whereas ABS has the potential to warp and shrink a lot, and it needs to be 30°C hotter in the nozzle and 50°C hotter on the bed. 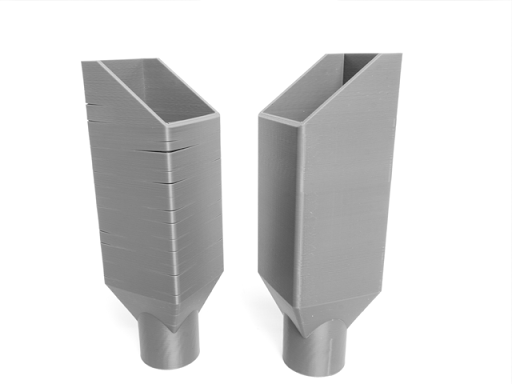 With PLA 3D prints you can have a very fine footprint like this vase and it would print no problem. With ABS, the base would be okay, but the little spines would be inclined to warp, and you would need to have a brim and have to trim that off, which is really easy to do, but that's just the difference between PLA and using ABS. 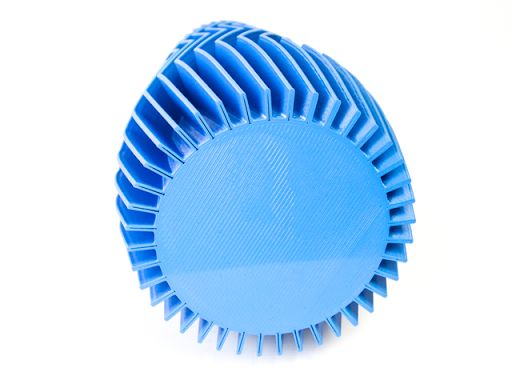 A difficult print with ABS, but a breeze with PLA.

In addition, ABS filament is a bit more flexible and durable than PLA filament. If you try to bend a PLA print, it will snap in half. PLA doesn't have any give whatsoever and that's one of the differences between PLA and ABS; while PLA shatters, ABS will bend, change color a bit, and then break, but this ductility could be something you want.

The Lulzbot TAZ 6 has all of its 3D printed components printed in ABS, which is the perfect 3D material to use for parts in projects that require:

You can also easily finish ABS filament with sandpaper or by vapor polishing. While PLA is still a great 3D material, certain projects require more strength, which is while you'll want to build an enclosure to start using ABS filament.

All that being said let's go to the build!

What You Need To Build a 3D Printer Enclosure 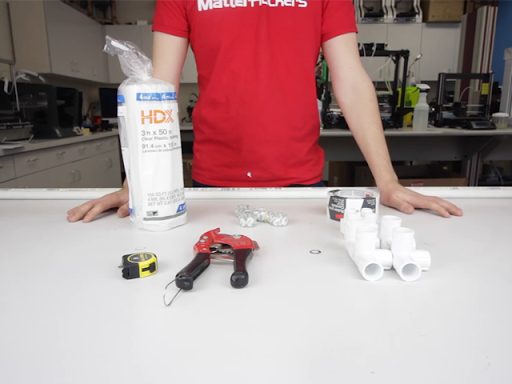 I started by measuring the Lulzbot TAZ 6 from the side of the power supply box to a little past the end of the spool holder.I then measured from as far back as the bed could go and as far forward as it could go and rounded it to the nearest 1/4". From there I made a cut sheet to figure out where I needed to cut the PVC with as little waste as possible, then measured, marked, and cut each section that I needed. 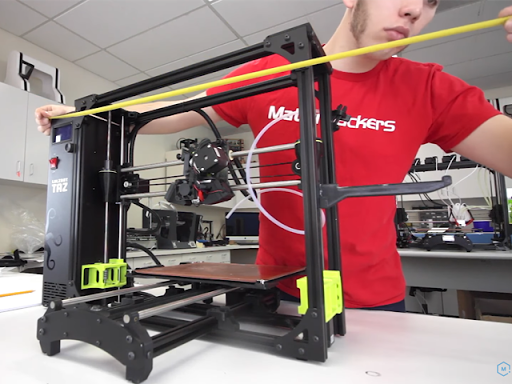 Measuring the width of the Lulzbot TAZ 6.

Now that everything is cut out, it's time to assemble the enclosure. Normally I would use PVC primer and cement to keep this together, but I want to be able to store this easily so friction fitting it together is enough for a rigid frame and will work just fine. I screwed in the threaded adapters and jammed in the legs. 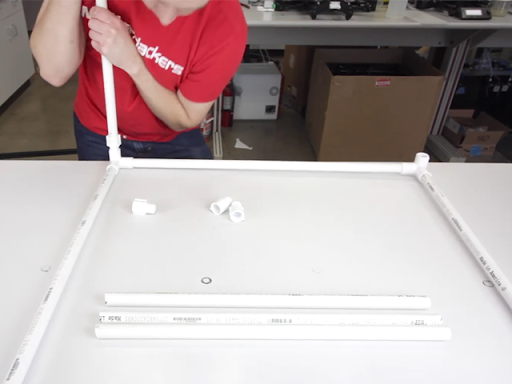 Using a bit of force to assemble the frame.

I need to know how much plastic sheeting I would need to cover this enclosure so I measured up one side, across the top, and down the other, and then took that measurement and marked it on the plastic
sheet and cut it out. 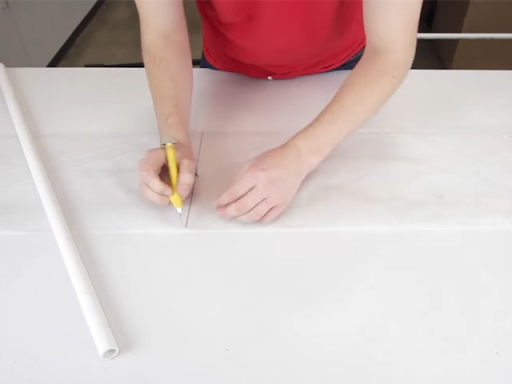 Cutting the plastic sheeting to size.

I unfolded and placed the plastic sheeting meant to cover the left, top, and right side. To hold it in place I used some duct tape, and folded it over on itself to keep it together. 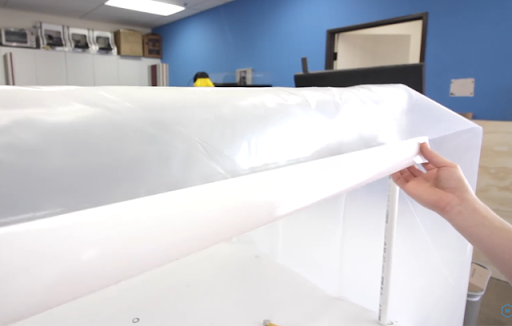 Taping the plastic sheeting to the frame.

I then unfolded and placed the piece of plastic sheeting meant to cover the back, top, and front. For this section, I would only be taping along the back seams and along the sides. 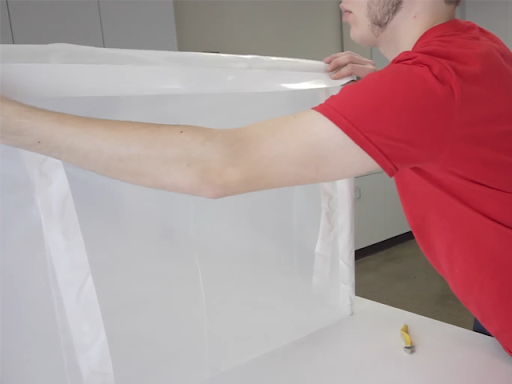 Duct taping the sheeting onto the frame.

If you have velcro, here's where you're going to want to use it. I didn't want to have to lift off the enclosure or tuck my head underneath to see the print running, so I added velcro dots to the left side and tape on the right side, that way I could lift the panel up and see everything I needed to. 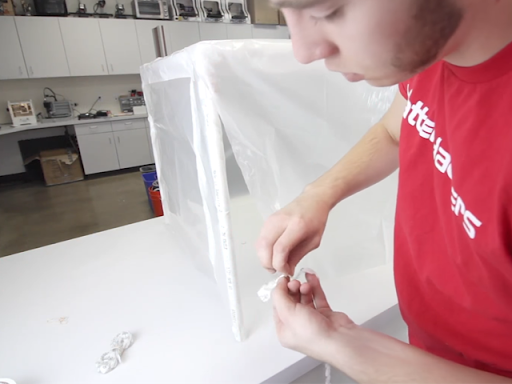 Adding the velcro dots to the left side.

And that's it! A super simple, super quick way to maintain your temperature and save your ABS prints, all for a total cost of about $25. 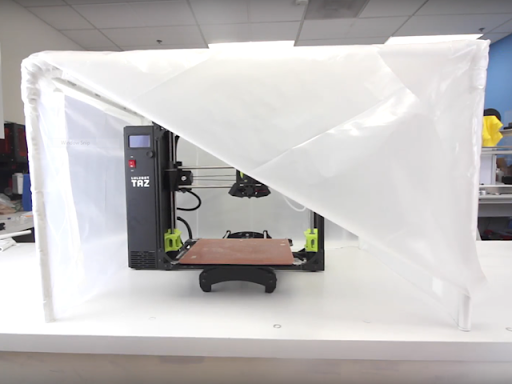