The Anatomy of a 3D Printer: Screens

Controlling your 3D printer can be done from your PC or from the screen attached to your printer. Take a look at the different kinds of screens and what they can do.

While some 3D printers come with an interface installed and ready to use, it wasn’t long ago that your options were limited or nonexistent. A lot of printers used to be on the market that didn’t have a control interface and instead had just the USB port to have your computer communicate with the 3D printer. As the industry progressed, new solutions were developed and tailored to 3D printing, to the point that very few 3D printers don’t have some way of interacting with it without a computer. There’s a ton of different variations of screens and with a lot of them being open source means there’s derivatives that look or function similarly. Let’s take a look at some of the different screens that you might find on your 3D printer

The firmware of your printer will determine how things are displayed, what options you are given, and how navigation functions. In general though, you can find temperature for all your nozzles and the bed, what percent power your fan is running at, your print speed multiplier, elapsed time since the print started, and sometimes a progress bar or percentage of completion.

This is an older but still completely viable interface. The RoStock Max V3 has one of these. While the amount of information that can be displayed all at once is limited, that doesn’t limit the functionality of your 3D printer’s firmware. The RRDSC is very simple in that it has two buttons and a dial that controls everything; one button is the reset, so if your print head is crashing or your print is failing, you can click this button to immediately reset your printer, canceling any commands it was trying to execute (that is, if a reset button is enabled in your firmware). The knob is your up/down and select button. Depending on how the manufacturer sets things up, rotating clockwise could cycle up or down, but pressing in on the knob will always be how you select your option. These also have an SD card reader in the side, so you can print untethered and have a saved set of gcode you can print from.

A larger screen means you have more space to display all the information you might need, including neat little graphics showing the temperature below a nozzle or heat coming off the bed. This has all the same functionality as the RRDSC, with the biggest difference being a larger screen and a more square form factor. You can find these on a Lulzbot TAZ 6 or Mini2. 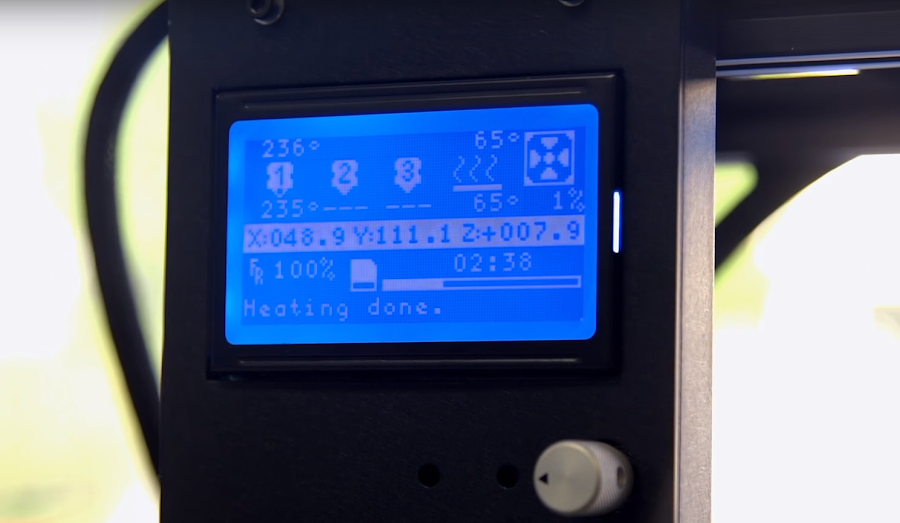 The VIKI2 is a screen developed by Panucatt with install guides for a variety of control boards. Rather than having an SD Card reader like the previous two, it instead has a microSD reader. Now this doesn’t impact anything other than the fact that you may need a micro to SD adapter to be able to insert this into your computer. One neat thing about the VIKI2 is that the dial has an indicator for the extruder temperature, so if the extruder is above a specified temperature (which is also determined in your firmware) then the LED light ring will glow red, and when it crosses that threshold as it’s cooling, it will glow blue instead.

Touch screens are becoming more and more commonplace within 3D printing, however they’re all just a little different in their display and interaction; some look very basic while others are well designed, graphically speaking. Some printers that have touch screens are the Craftbot Plus, Sigma or Sigmax printers, or even the Robo C2 and R2. If you’re looking at printers for a novice setting, like a classroom, then it might make more sense to look at a printer with a touch screen, since that’s a much more ubiquitous interface for the average person. 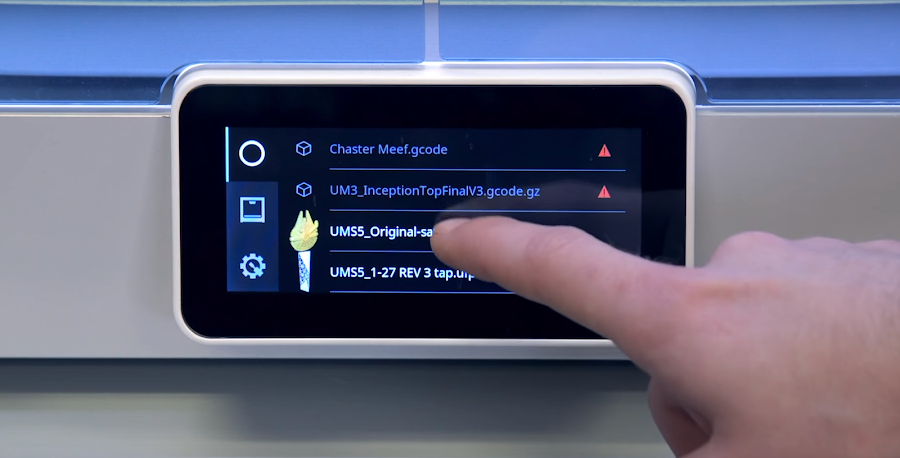 While screens aren’t essential to the functionality of a 3D printer, they certainly make it a lot easier to run multiple printers, each on their own SD card, rather than tying up the limited processing power your computer can share. Having one also means you won’t be up against that random software update that your PC decides to start up at 3am when you started an overnight print. What's your favorite screen to have on your 3D printers? Have you upgraded to a touchscreen or do you print from your PC? I'd love to hear what you use on your setup in the comments down below.