Creating Costumes and Props for Mandalorian Armor and More

3D printing and design are essential tools for Paragon Replicas in creating pop culture costumes and props like the armor from The Mandalorian.
Chris Morgan
(EDIT)
Add a Comment | View Comments

One of the best things about working at MatterHackers is the depth and breadth of creative people that work in every department. We have woodworkers, engineers, paper crafters and of course, cosplayers.

Mike Hall has been creating 3D printed props and armor for cosplay since 2013 after he stumbled upon the YouTube video series of James Bruton’s Iron Man armor creation and assembly. After seeing these, Mike learned all he could about 3D printing - material properties, programming, 3D printer construction - everything. Then, for his sweet 16, his dad got him his first 3D printer, and he’s been hooked ever since. Starting off, as most new 3D printer owners do, he quickly went through test prints that came included with his XYZPrinting DaVinci 2.0. But his previous designs from his autodidactic education were also used to measure his own proficiency with his new machine. Most notably he remembers a Pokeball he modeled some time before he received his first printer.

Mike first learned 3D modeling on 123Design, then moved to more complex modeling programs like Fusion 360, Meshmixer, ZBrush, Solidworks, and MatterControl. He also uses Cura and Ideamaker as slicing engines in addition to MatterControl after modeling. 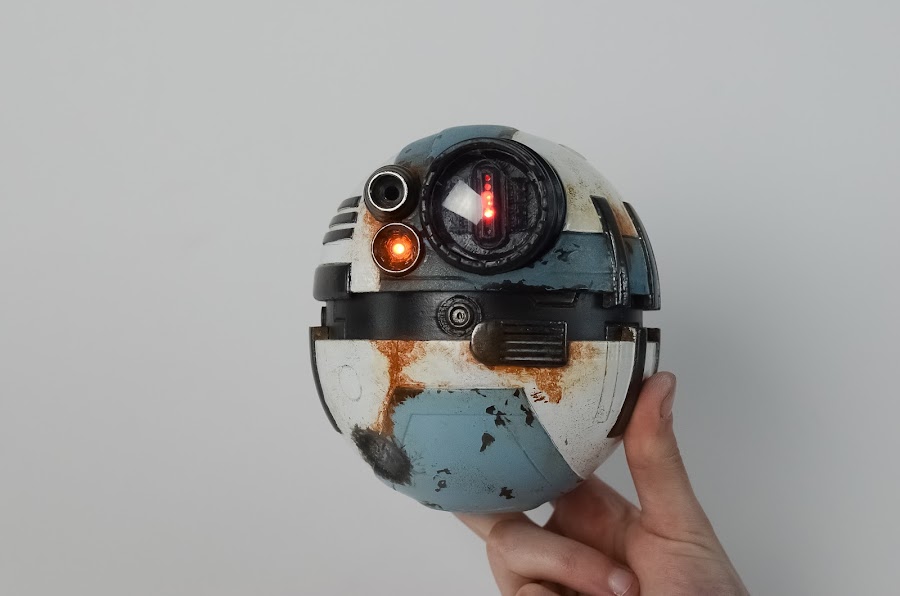 Soon after Mike was able to acquire a Robo3D R1+ after his DaVinci 2.0, unfortunately, broke down. From there he just kept making and printing new designs. “I 3D print mainly to express my passion and love of pop culture, while also expressing myself as an artist. With not only replicas but original concepts as well.”

But his printing projects don’t stop there. “I love to make personalized gifts for others or make them a high-quality replica from their favorite movie, game, or show. It always hits hard when I make them something that cannot be bought. I also get occasional commissions from people, which helps me learn even more about the design and 3D printing process.” 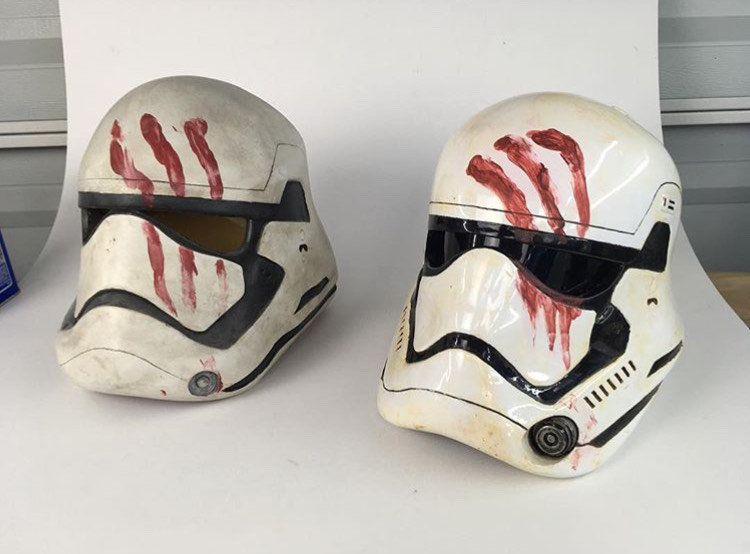 For his prints, Mike mainly goes with standard PETG. “It’s a fantastic middle ground between ABS and PLA. Fewer headaches while printing than ABS, and higher glass transition point than PLA. This is critical for me because my props are often in hot cars, as I drive to different conventions. Having a prop melt at an event would be bad, and it’s happened before with PLA.” His favorite filament is Kimya PETG Carbon, which gives his prints an amazingly smooth surface which almost needs no post-processing to turn out a ready-to-use cosplay part or prop.

Mike uses post-processing techniques that are very close to auto-body repair. “Learning along with 3D printing, I’ve performed tons of body shop techniques, how to paint, and how to make a 3D print look like it was not 3D printed. Learning how to sand and cover seams is a big part of my prop work. I use a lot of 220 grit sandpaper and filler primer, then Bondo for seams, and the more noticeable print lines usually on domed surfaces. Superglue and baby powder makes a great quick filler for tiny imperfections, but also air dry spot putty for the smaller seams and imperfections.” 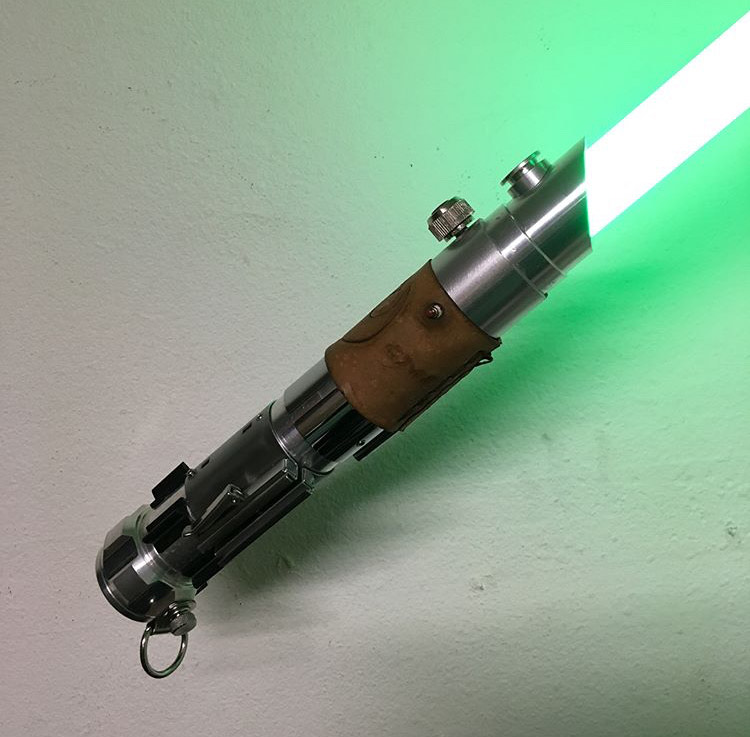 Mike currently uses a ‘tricked-out’ Pulse XE 3D printer to fabricate most of his pieces. It has been modified and upgraded to produce extremely high-resolution prints, which drastically cuts down on the time he needs to spend on post-processing. “My Pulse has reached a crazy level of quality through minor and major tweaks over time. The functional prints I do usually end up on my 3D printer, which improves the quality of my prints, which reduces post-processing time for my props and costumes.”

“3D printing also gives me the speed and capability to do commissions fast. But even more importantly they give me the opportunity to do commissions at all. 3D printing gave me the ability to make exactly what I wanted to make. I used to dream of owning a Lulzbot TAZ 4, and now I can use that machine, and far more here at MatterHackers which gave me the opportunity to work on my passion, around the technology I love so much.” 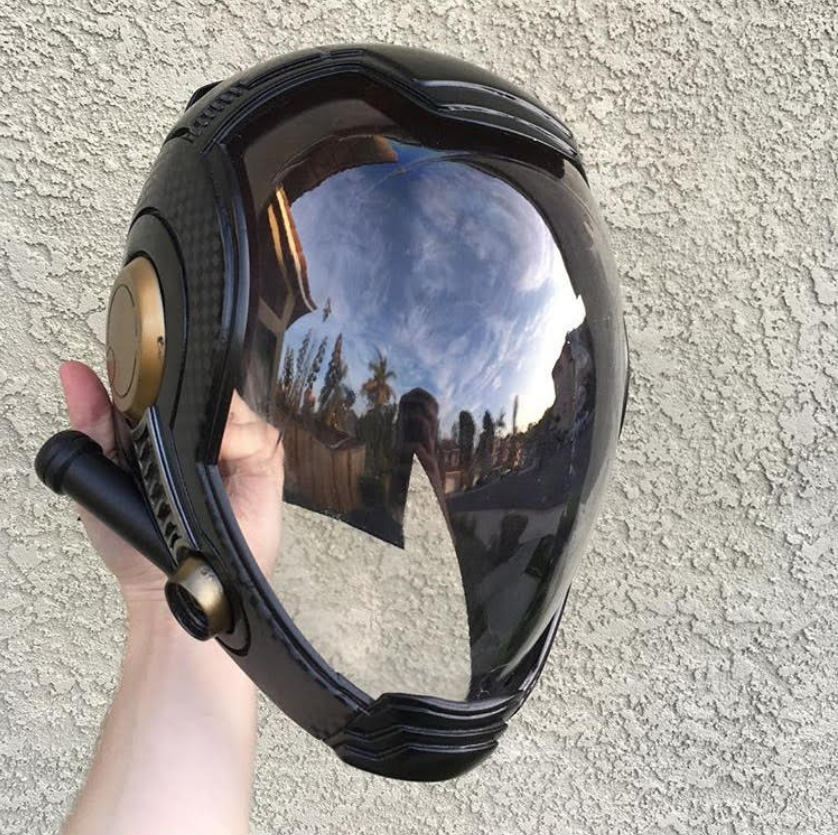 Mike’s current project is updating and completing an entire Mandalorian set of armor and joining the local chapter of the Mandalorian Mercs Costume Club; a worldwide, elite Star Wars costuming organization comprised of and operated by Star Wars fans and volunteers. His upcoming additions to his costume include a tracking fob (as seen in the Disney+ series, The Mandalorian) as well as a Scout trooper pistol. He is also currently redesigning and reprinting his helmet to be more true to the TV series. He recently reprinted the entire helmet in one shot on the massive build plate of a Raise3D Pro2 Plus!

He was also integral to helping us pick a winner during our latest Halloween MeetUp held at Brewheim Beer Company as one of our esteemed judges along with other cosplayers like Sara McMunn (C’Est La Sara), Alina Granville (Spoon Makes), and Vicky Bunny Angel. 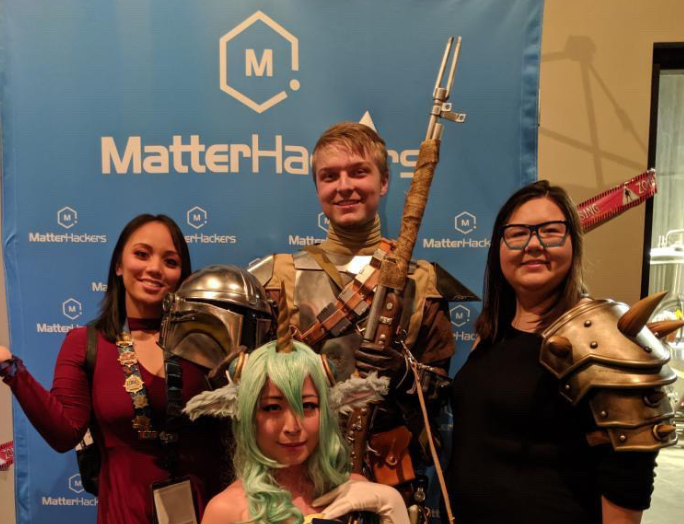 Like all serious makers, Mike hopes for more innovation in the future for new users, as well as the education that they need for the future. Even the best machines on the market require some entry-level information on the operation and maintenance of 3D printing to consistently produce better and better prints. 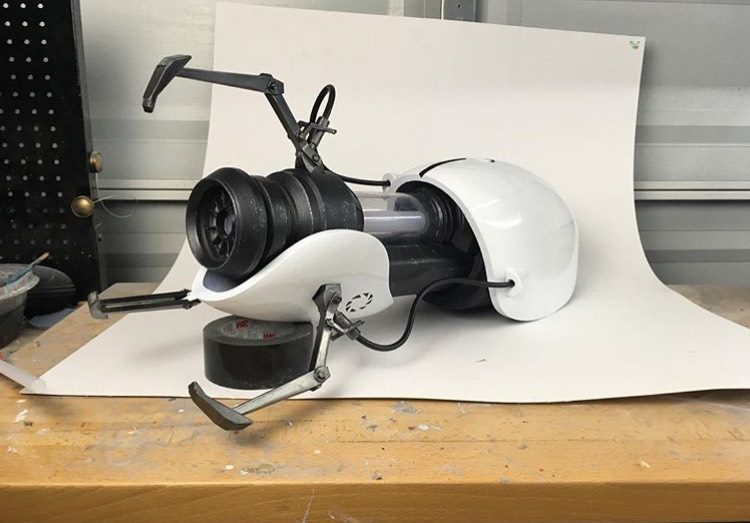 Along with new innovations and education, Mike looks forward to a new generation of makers that are equipped to move boldly into the 3D printing arena to start creating their own designs.

You can also check out his progress on his YouTube channel here: