In a small town in the middle of Norway, Lasse Anhanger is bringing scale model monster trucks and construction vehicles to life using 3D printing. Since he was a kid, Lasse (remember to pronounce the ‘L’) has been making scale models and constructing things from scratch.

As a student, Lasse learned about 3D design while building his experience in modeling, texturing, and animating for PC game mods. His interest was pushed further when people started to give him positive feedback on his models; they had the potential to be 3D printed by others in the RC community. 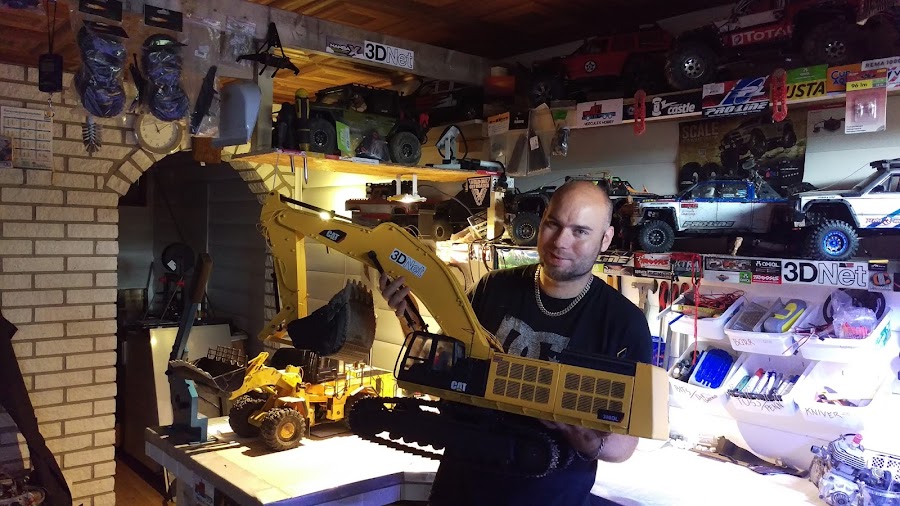 Then, in January of 2016, Lasse saw an ad for a 3D printer for sale on Facebook. He was shocked at how inexpensive they had become, and he thought it would be fun to try and bring his newly designed creations to life. 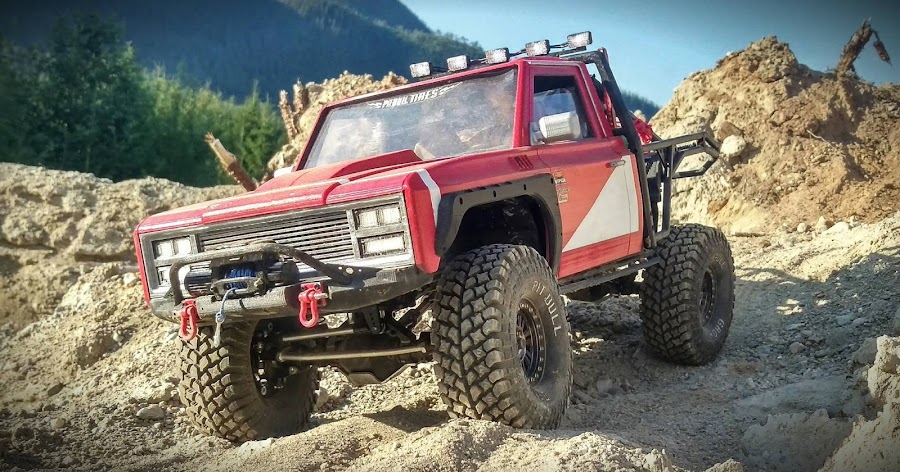 Lasse is very active in the RC community in Rissa, Norway, with his main interest being scale model crawlers and construction vehicles. Since purchasing his first 3D printer, Lasse has increased his printer farm to include five Wanhao i3’s. He decided to stick to one type of printer because it streamlines his process.

“Since I have them all setup with the same parts, I don't have to create different gcodes for every single printer. They are all compatible with the same configuration, which means less work for me. I only print with SD cards, I've never used USB for some reason, I guess im stubborn? Sometimes it's a stressful hassle, but usually everything goes smoothly.” 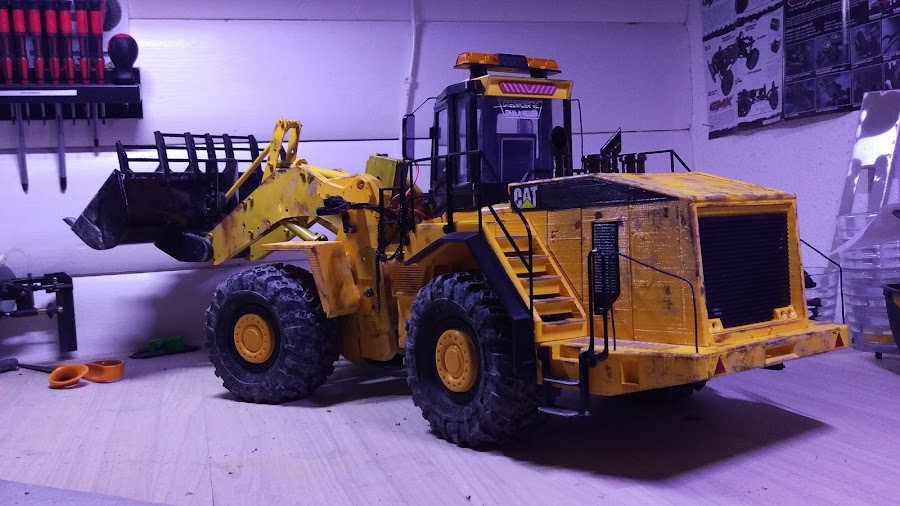 Using mainly 3D Studio Max 9 and 123D Design for modeling, although he is slowly working on learning Fusion 360, Lasse creates his vehicles. His filament choices are very simple - if he is going to paint the model, he uses white filament, otherwise he almost always uses black. Depending on the post-processing needed, he also has a straightforward approach.

“It all depends what role the printed part has; if it is a heavy-duty gear, I might use a soldering iron to melt the layers together more to make it stronger and more durable. If its a body part for an RC truck, i might sand it down and make it smooth before painting. Usually I don't do much after work on my prints.” 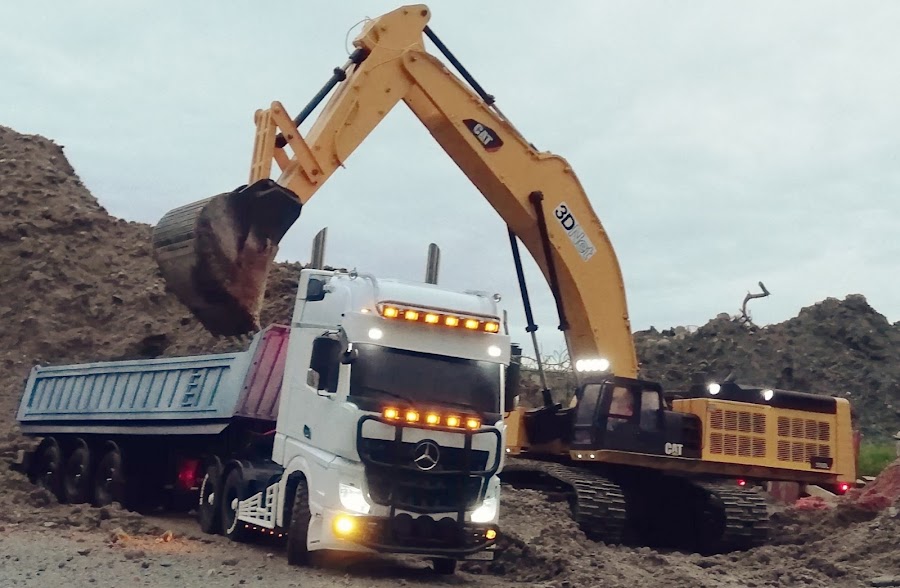 For most quality remote control (RC) vehicles like monster trucks, crawlers and other construction beasts, high prices are normal. For Lasse, using raw materials and building the vehicles himself drastically reduces the price, and it also gives him customization options that would otherwise not be possible.

While saving money is a great motivator for what he does, the joy he gets from designing and building the models is the real reward. “Most of the RC vehicles on the market are insanely pricey, especially within Construction RC. If I want a big loader, or a big excavator, it would cost around 1700 USD; I won't spend that kind of money. I guess that's the one of the reasons behind some of my prints; if I want something, but can't afford it, I will create it in my own way and save money. The other reason is because I really enjoy designing such vehicles.” 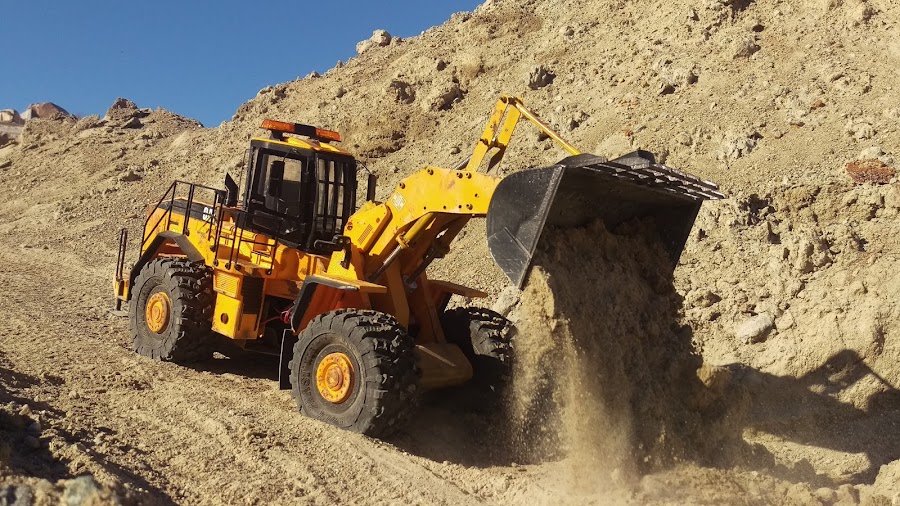 “3D printing as a whole, and not only my prints, has helped me get a better social network. I meet new people on Facebook from all around the globe almost everyday. The community is amazingly helpful, and I'm proud to be a part of a community as big as this. It's not only in the 3D printing community, but also in the RC community. When I share pictures and videos of my projects and I get great nice responses, It makes life easier, and I feel happier. I hope my prints for RC stuff help others find more joy within the hobby, like they do for me. It's all in the smaller details I say.”

3D printing brings a huge number of possibilities to the table for designing and implementing new and innovative methods for Lasse. It has allowed him to take his designs to an ultra-real level, and it gives him the ability to share his ideas, and learn new ones, from the community at large.

Lasse’s biggest project to date has been the CAT 390DL excavator - a massive machine that took over 500 hours of designing and building from scratch - and that’s not including print time! The model includes over 80 gcode files, with hundreds of hours spent in the print farm manufacturing the parts. Using his scratch building knowledge, Lasse also reinforced the 3D printed parts of his excavator that needed extra stability with steel plates that he cut and bent into shape. All of the moving parts in the build also have bearings - the undercarriage alone has 64 bearings for the idler wheels and other moving parts! 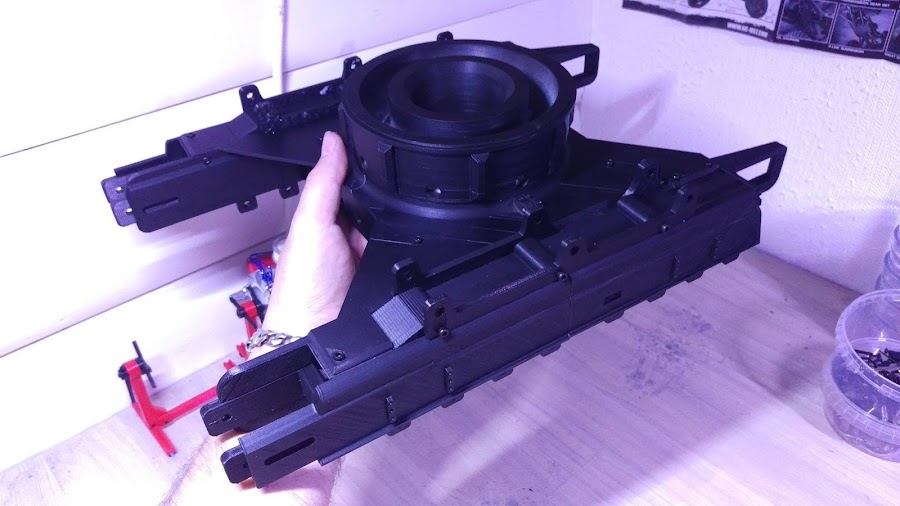 The undercarriage for the CAT 390DL Excavator

It’s also a fully electric build; Lasse used four huge instead of hydraulics as a cost-saving factor. He modified the servos for 360 degree rotation, as well as installing a lead screw. This allows him to operate the arms and the bucket. The belts and the turning servo are 20kg each. Each servo is run with a HobbyWing 1060 ESC - six in total!

Lasse’s models are so detailed and so accurate, we had quite a few MatterHackers people in disbelief when we showed them pictures - from the toolboxes and chainsaws to the logos and framework on all the models, you can tell Lasse puts a lot of time and effort into making his creations.

Lasse’s next project is another big one; a 1:14th scale model of a CAT D6T bulldozer. It’s used a lot in his home country of Norway, so it’s a fitting tribute to his homeland and his skills as an extraordinary maker.

If you want to see more of Lasse’s designs, you can visit his Instagram page here: