From Illustration to 3D Printing - A Hacker's Journey

Our Hacker of the Month for September 2020 is a Maker who has taken his passion for creating and evolved it from drawing and sketching with pencil and paper, to sewing dolls inspired by mythology, and eventually to robotics, 3D printing, and electronics. Jorvon’s hobby has taken him from art school in San Francisco to a manufacturing gig in Los Angeles, all while moving into the realm of Raspberry Pi and Arduino. 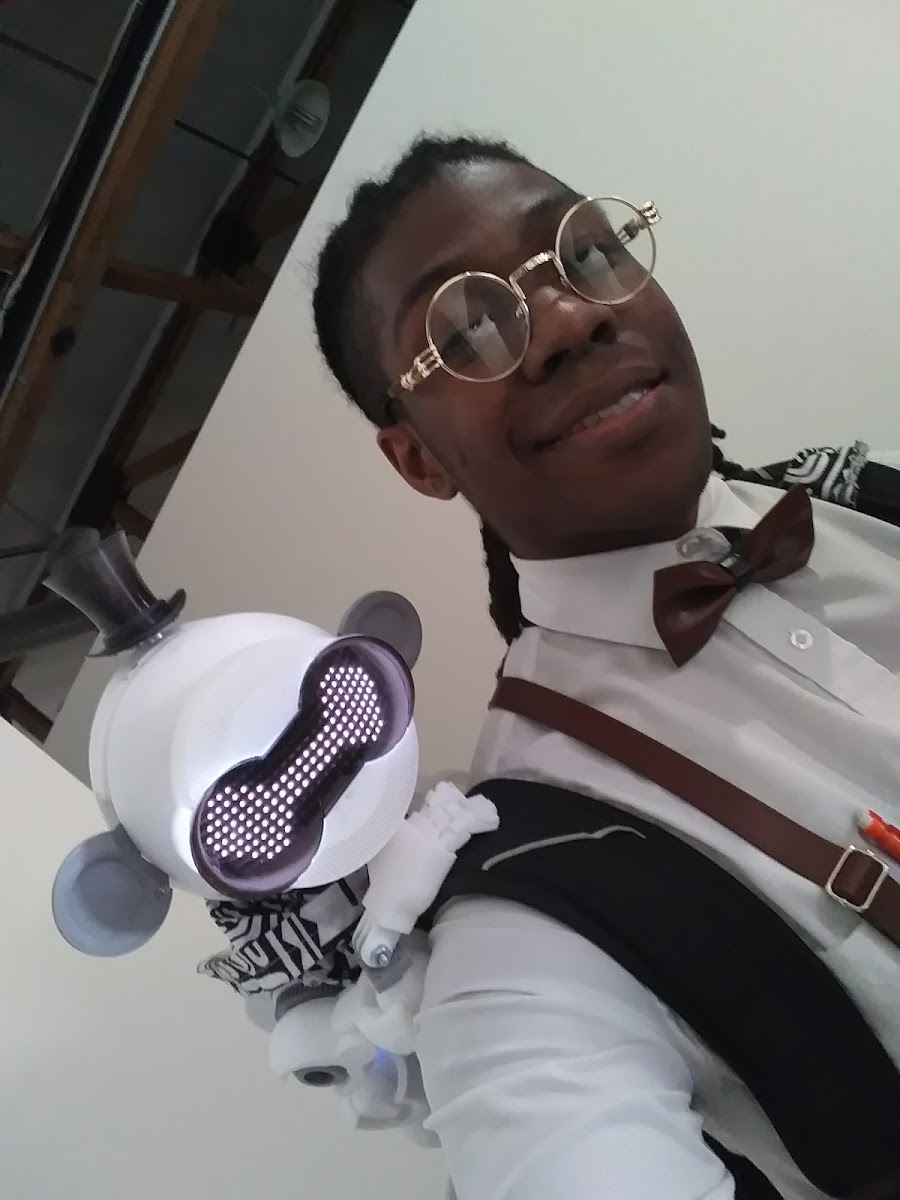 Jorvon and his favorite robotic creation, now in his sixth generation of improvements, Dexter

Jorvon’s Hacker story begins in San Francisco, where he attended the Academy of Art University of California as a fledgling artist. During his time there, he was frustrated with the volume and pace of the workload, as well as being lonely - he didn’t know anyone else at the school and with the workload of classes, didn’t have a lot of spare time to go out and make new friends. Fortunately, he was introduced to 3D printing at the school, an outlet that would soon become his main tool for producing props and robots that he designed from scratch. But first, he made the transition into creating with fabric.

In his early creative sewing and stitching stages, Jorvon was inspired by mythology and the pantheons of gods, goddesses, and creatures from many cultures. Most of his creations are reminiscent of beasts from these legends, including Casper, a voodoo doll, a Norse crow, and a spider inspired by the god Anansi.

“I really wanted to make something three dimensional that I could insert motors into so it could move, and CNC and other tech was way outside my comfort zone at the time, so I started stitching fabric together to create dolls. While the flexibility of the fabric ultimately made these first creations a bad choice for robots, I did discover and move into 3D printing, which is where I continue to learn and make new creations to this day.”

His 3D printed creations were heavily influenced by BayMax from the Big Hero 6 movie. “The movie demonstrated to me that you could design something virtually and have it appear in your hands by using your own machinery without needing tools or to send it somewhere else. It was amazing. That meant to me that everything from prototyping to production becomes quicker and easier and completely under my control.”

Making the move into 3D printing, there was a steep learning curve when he started designing his own 3D models, but there was also the matter of learning new programming languages for the circuitry that would help operate his robots. Jorvon admits to making a ton of mistakes along the way, but also says those mistakes are vital in exploring and learning the technology and techniques for his creations.

“I believe in lessons, not losses, so I learn through trial and error a lot. I have destroyed printers, servos, controllers, you name it and I probably messed it up in one way or another, but I kept going.  I wrote down everything, and built upon what I learned.” 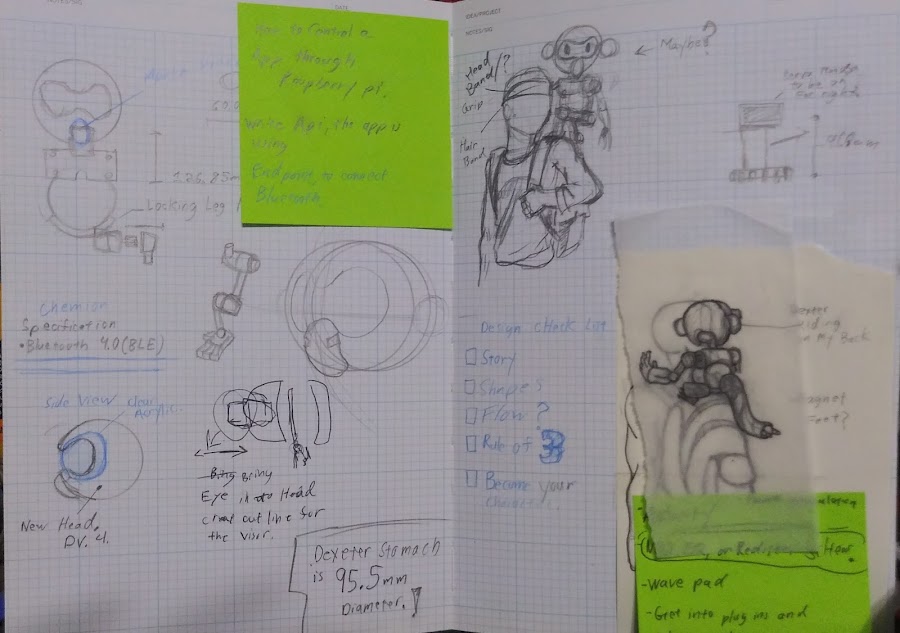 The journals that he mentions are filled with illustrations and notes that have helped propel his creations and ideas to new levels of complexity. There are countless entries showing what works and what doesn’t, where he needs more detail, where he needs less current in a circuit, and so much more. He’s currently using his notes to evolve his favorite robot, a monkey named Dexter, to be able to recognize speech commands.

“Right now I’m working with Alex Glow from hackster.io, and Alex Hymel to compile voice commands from a large sample of people so we can introduce that feature into our robotic creations. My main goal is to get my dragon robot, Widget, to breathe fire when I give the High Valyrian verbal command ‘dracarys’ - just like Daenerys does on Game of Thrones. I definitely plan on using a mannequin for testing. But after that, I’d like to use the voice command feature in all my robots so that other people can get reactions from them without me having to push buttons to control them. That way they can help tell their own story to new people.” 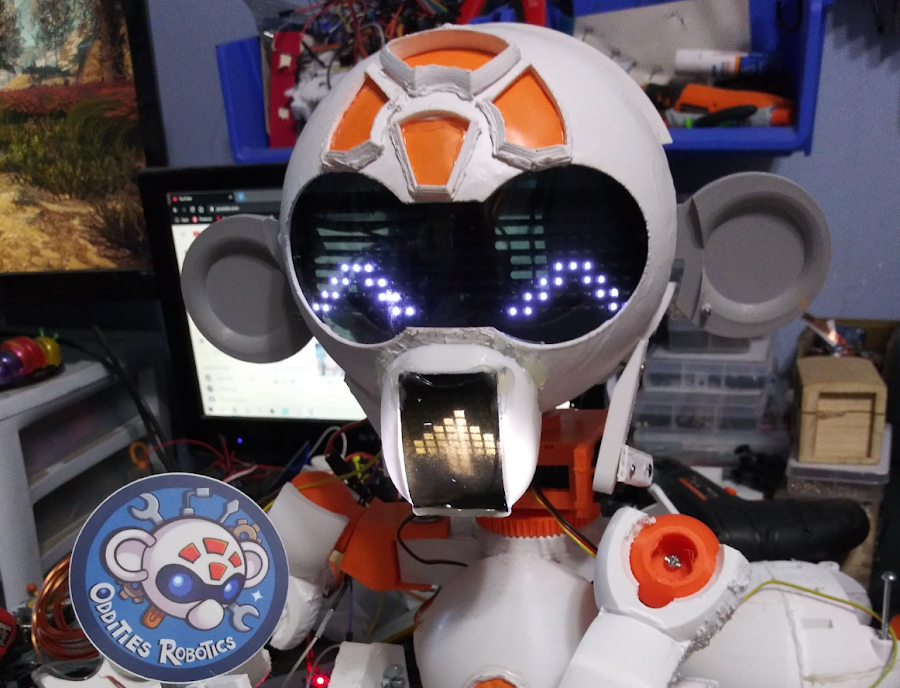 The latest version of Dexter as of this article

In addition to his creations’ unique names, Jorvon also believes in giving his creations backstories. They aren’t just “things that are cool”, they have a history which makes them more than just a robot made of plastic and motors. “Character development gives backstories and relevance to my creations that would otherwise leave them lifeless and just robots. From a creative standpoint, this is another level of creativity I get to unlock not only in myself but these creatures that spawn from my mind. It makes them more real, and more relatable. People that I meet at conventions and gatherings appreciate their stories and it makes me feel good knowing that those stories, along with the building process of my creatures, are inspiring others.”

Being an inspiration is one of the main reasons Jorvon does what he does. Growing up, there were not a lot of Black makers to follow on any media platforms, so it was tough to see himself as someone who could become a maker. “Even now there aren’t a lot of Black makers that are well known and out there as examples working as Maker role models. I hope that my creations and their stories can inspire young Black makers to take that step into creating - into making, even if it’s making small creations at first, just like I did.”

Jorvon has been inspired by people like Neil deGrasse Tyson “He showed me that you could be Black and brilliant. Watching his talks inspired me to look further into science.” He was also inspired by Adam Savage of MythBusters, and Sophie Wong for their creations in cosplay, 3D printing, and more. He was especially interested in the importance Adam Savage placed on disassembly - something that has helped Jorvon many times during his inventive periods. “It’s always good to find out what’s there before you just have an unknown pile of parts on the floor.”

A pair of articulating steampunk googles powered by Arduino switches

The overriding urge to tinker and create has been beneficial to Jorvon’s inventions, but he says there is nothing like the rush when something you put together finally works. “Seeing that first thing come alive in your hands after working so hard on it, there’s nothing like it - it’s awesome.”

Jorvon is also working on a pair of Arduino controlled Steampunk goggles (Steampunk is another one of Jorvon’s favorite things!) that has an actuator that opens and closes an iris, and also has several lenses that move in and out of place at the touch of a button. 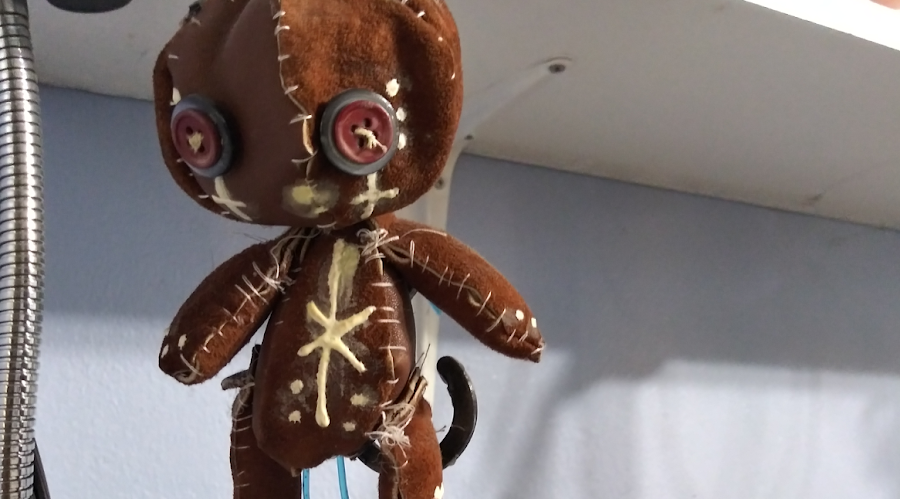 For the future, we are looking forward to Jorvon’s continuing journey into tinkering and invention with his robots and other creations. You can find him mainly on Twitter and Instagram at @Odd_Jayy, and you can find many walkthroughs and details about his projects on Hackter.io at Hackster.io/Odd_Jayy