February 2019 Hacker of the Month, Michael Graham, uses 3D printing as his mainstay tool in testing and prototyping tools and materials for his engineering builds.
Chris Morgan
(EDIT)
Add a Comment | View Comments

As a research and development mechanical engineer, Michael Graham has seen a few different kinds of technology come and go. But once a college friend mentioned 3D printing to him, he was hooked. 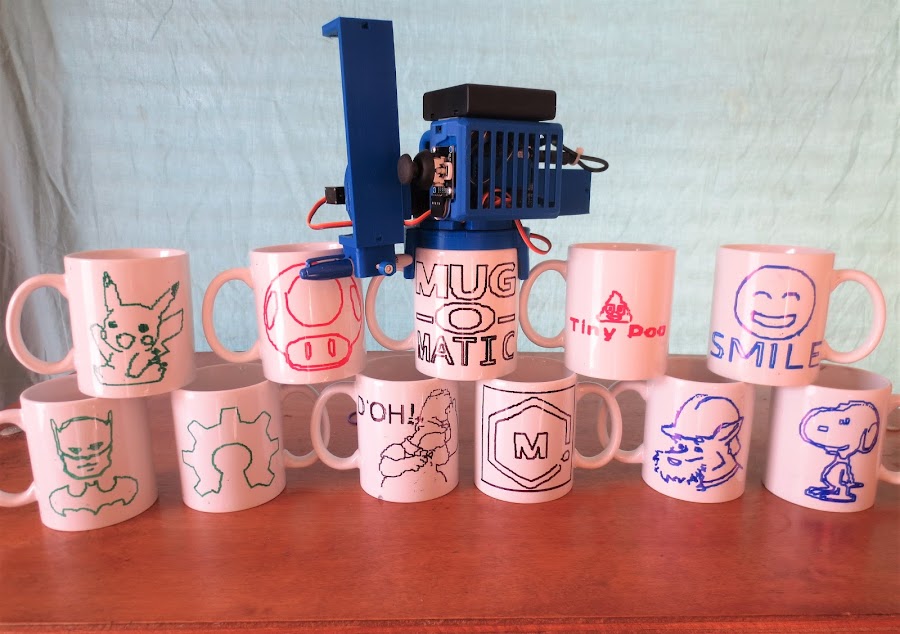 A busy day for the Mug-O-Matic

Since 2011 Michael has worked as a contractor and engineer designing and building specialty machines and industrial equipment. He has also dabbled in 3D printing through his career, most notably with HP’s multi-jet Fusion 3D printer, and occasionally elsewhere. But in 2012 he picked up an original Printrbot with the 3D printed and laser cut hardware to build it for the learning experience.

“I saw people making trinkets on Thingiverse but honestly I had no idea what I would use the machine for. It just seemed like a potentially useful tool and a career skill to pick up.” 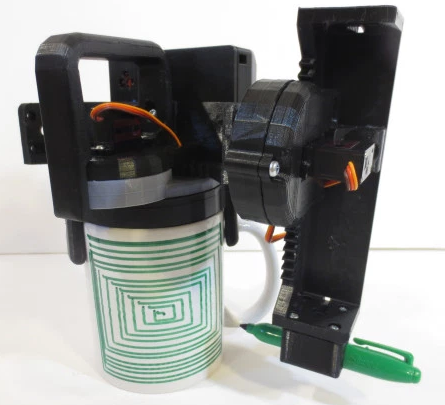 Once he moved from the Midwest to Portland, Oregon and discovered the PDX 3D Printing Lab meetup and the thriving maker community, he had found his tribe of fellow ‘layer geeks’. They meet monthly to share stories and nerd out. They also contribute a heavy presence to the annual Portland MakerFaire.

As an engineer, Michael has created tests, jigs and fixtures, and many other designs. One of his major engineering experiments came after he became curious about the strength of the different infill patterns used by most 3D printers. So, he built a test machine and determined that the rectilinear infill pattern was not only the fastest to 3D print, but it also resulted in a greater final part strength/weight ratio compared to a honeycomb fill. He also determined that perimeters have a far greater effect on part strength than infill does in terms of strength gained/plastic used. These results helped Michael model the current methods he uses to design his 3D prints. An engineer all the way! 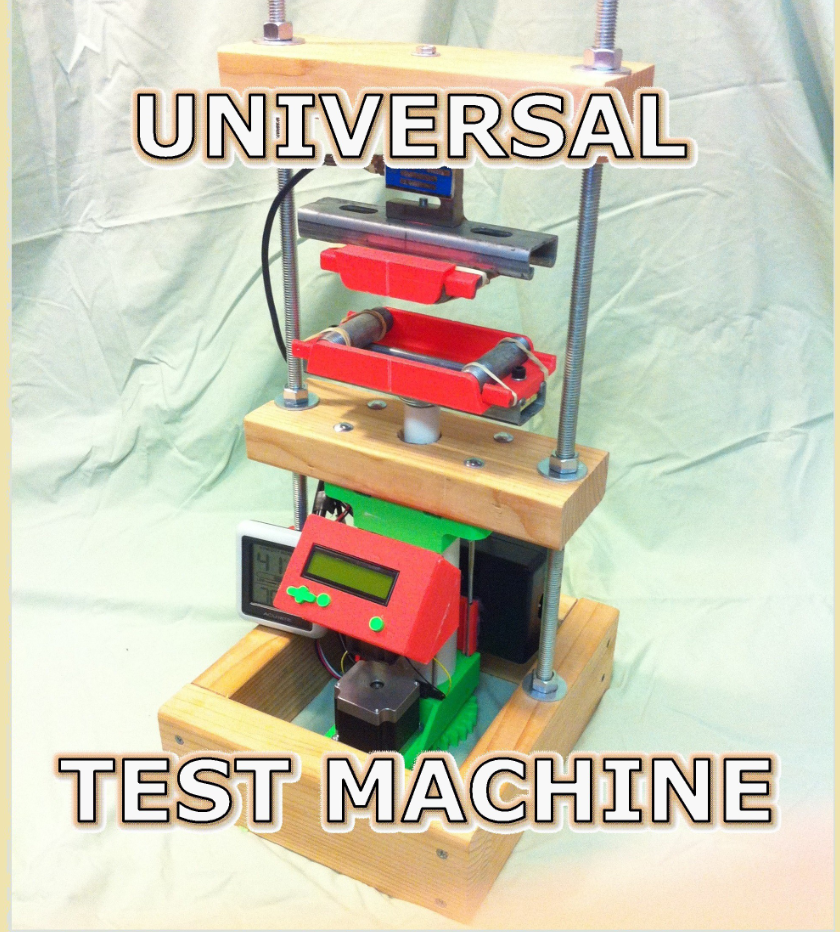 While he has a shop with a lathe, a mill, and other larger production machines, he uses his 3D printer the most. He enjoys seeing the fruits of his labor more easily repeated and shared. He mainly uses a Prusa Mk3 to fabricate his designs.

Michael’s main project at the moment is the Mug-O-Matic TinyCNC drawing robot. The Mug-O-Matic is an open-source, highly modifiable mug printing robot that uses markers, and the direction of the creator who makes it, to embellish favorite coffee receptacles with fun designs. 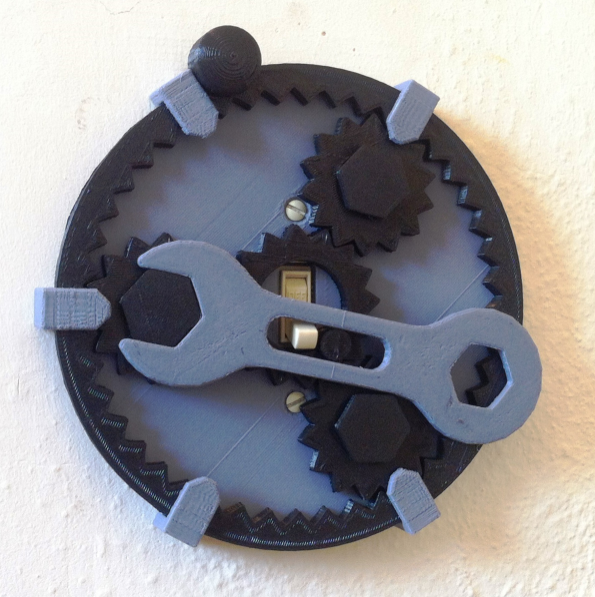 “I've experimented with building a machine to automatically acetone vapor polish abs plastic using an ultrasonic mister. It worked pretty well but it was definitely a hack. Nowadays I have my mind set on producing novelty robot kits and my designs specifically DO NOT require any post-processing since that drastically increases the man-hours needed to produce them. The vision is to literally scrape parts off the print bend and drop them into a shipping box, without any functional compromises being made.”

Michael is constantly driven by curiosity and a desire to develop and apply new skills. This lead him to the creation of the Mug-O-Matic, “This particular work was inspired by a variety of projects discovered online through my interest in making toys and building automated equipment. I really like the 'Eggbot' egg plotter in particular and how seriously it takes its silly task. I wanted to create my own little task specific robot too, except with an output that has more everyday appeal than eggs. I thought hmm...I drink coffee every day & I've never seen a coffee mug plotter before. Sounds fun!  Ultimately, my toy has different priorities than the eggbot, so I use different technology and trade off a reduced drawing resolution to achieve a lower price point.” 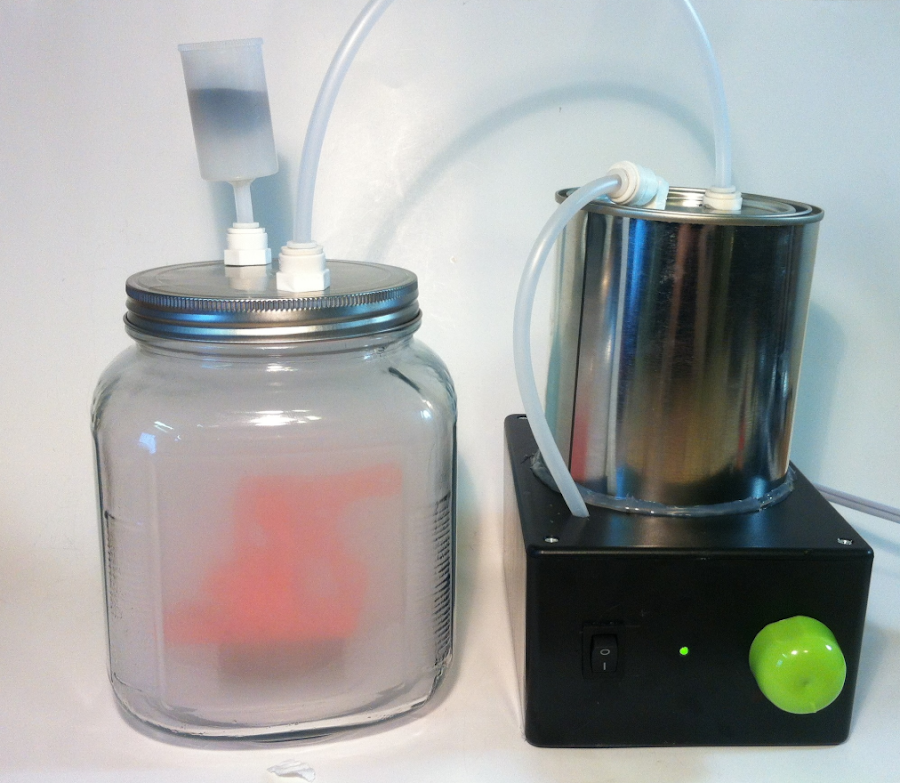 But as a realist, Michael knows that materials for projects should be attainable by everyone, so he uses off-the-shelf materials, as a rule, so everyone can take advantage of his creations. Only when he can’t purchase a ready-made solution does he start designing new parts. At that point, he uses whatever material it takes to get the job done right.

Michael has put his talents to good use, winning several design contests sponsored by Instructables.com, Thingiverse, Pinshape, and others. He attributes his success to putting in a serious effort to make a creative, original, and reproducible project with excellent documentation. His most popular projects have several hundred thousand views on his engineerdog.com website (links below).

For the future, Michael has many projects to work on, but he has a weakness that many of us share, “ I try not to forget that the most dangerous thing affecting my ability to complete a given project is...my next project! So I try not to do two projects at once. That said, down the road, I’d be interested to build a professional (open-source) version of my TesterBot machine and offer a mechanical testing service. The only limitation is finding paying clients first!” 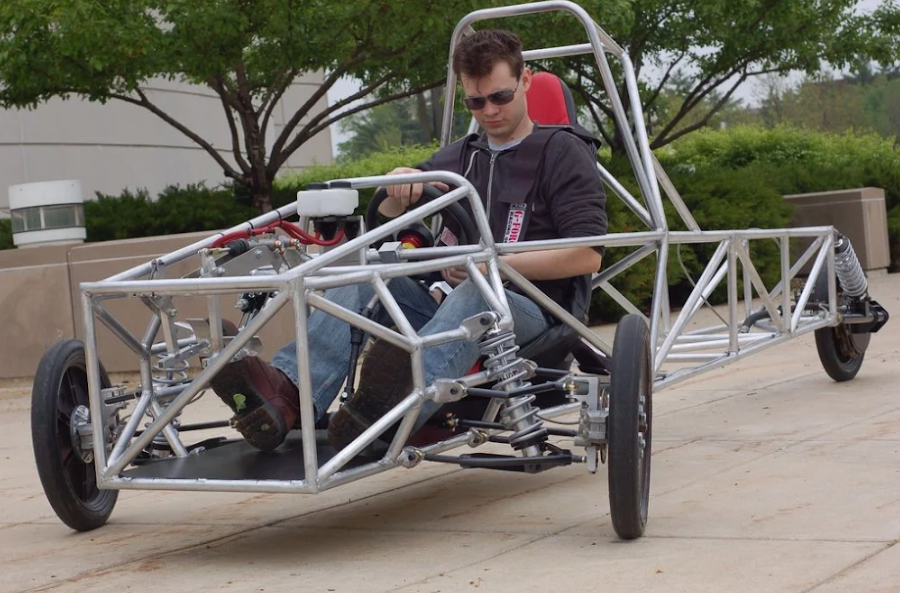 A three-wheeled design project Michael worked on in college.

We look forward to seeing more of Michael’s designs come to life in the future! To see more of what Michael is up to, visit his website here:

You can also see Michaels’ designs on Thingiverse here:

Do you think you have what it takes to be our next Hacker of the Month? Simply follow us on Facebook/Twitter or email chris.morgan@matterhackers.com. Tell us about your project or 3D printed creation, and you could be featured in our next newsletter. The Hacker of the Month will also receive a free spool of PRO Series or MH Build filament to further their pursuit of 3D printing greatness.