Whether you are a beginner or an expert, we'd love to hang out and chat about digital manufacturing! Join us at a meetup, visit our booth at a convention, or tour our headquarters at one of the upcoming events listed below. 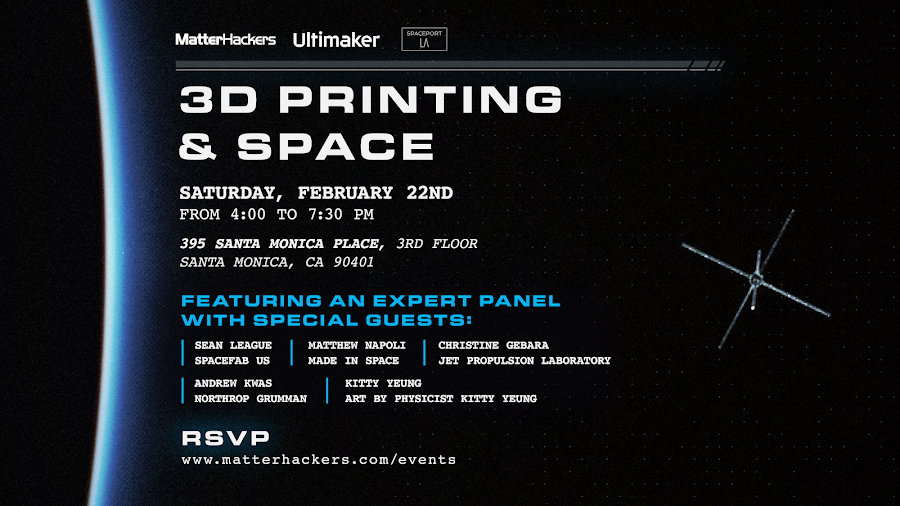 MatterHackers is partnering with Spaceport L.A. and Ultimaker for a community event like no other.

Join us for a diverse guest panel of engineers, artists, and makers all brought together by our universal appreciation of the cosmos.

Experts and enthusiasts alike are invited to attend this absolutely free event and enjoy drinks, hors d'oeuvres, and conversation with like minds, plus a close-up look at exciting projects on display that take digital manufacturing to a whole new world.

RSVP at our Meetup Page HERE

Learn More About the Panelists 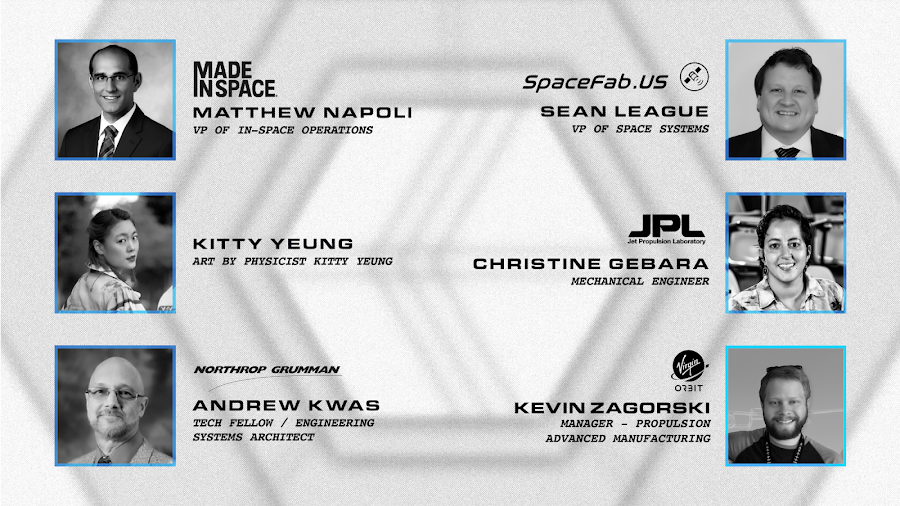 Matthew is an aerospace professional who has helped pioneer an industry in off-world fabrication. At Made In Space, a company on the forefront of in-space manufacturing, he led the first 3-D printing service offered in space.

One of the company's first employees, he undertook a wide range of roles, from engineer to VP, leading multidisciplinary teams in developing new product lines and businesses. Matthew began his career as an aerospace engineer at RBC Transport Dynamics, designing aircraft components critical to the safety of millions of passengers.

Kitty Yeung is a physicist, artist, maker, fashion designer and musician based in Silicon Valley, California. While working on quantum computing in her day job, Kitty is passionate about integrating technology, science, design and art. Her fashion brand, Art by Physicist (shop.kittyyeung.com) creates unique and timeless science- and nature-themed clothing and accessories. Using her paintings printed on fabrics through eco-friendly processes and 3D printing on-demand production to achieve sustainable and STEAM fashion.

Kitty's early career had been conducting research in condensed matter physics while pursuing artistic endeavors through painting, music and graphic novel creations. She received her Ph.D. in Applied Physics from Harvard University (thesis: Engineering Plasmonic Circuits in 2-Dimensional Electron Systems) and a M.Sci., B.A. and M.A. in Natural Sciences from University of Cambridge. After grad school, Kitty worked as a research scientist, hardware engineer and user experience designer at Intel, and Manager of the Microsoft Garage program in Silicon Valley. She now works at Microsoft Quantum Systems on quantum computing education.

Andy is the technical lead and force behind all space related and additive manufacturing efforts within Northrop Grumman's Technology Services. Andy has 38 years with TRW/NGC working in advanced space programs specializing in logistics, astrophysics projects and in-space manufacturing.

In the prestigious Tech Fellow role, he supports NGC’s key space and logistics customers including NASA, AFRL, NRO, DARPA, Army/SMDC, Space RCO, USMC, and the Navy. Andy is considered one of the prominent additive manufacturing (AM) experts in the country and has produced numerous papers in AM, as well as advanced satellite technology, in-space manufacturing using advanced additive manufacturing techniques, unique logistics solutions and miniaturization of spacecraft components. His leadership of applying advanced space concepts to a transitional phase is critical to NGC’s success.

Sean is Co-Founder/VP of Space Systems at SpaceFab.US, home of the first app controlled space telescope. SpaceFab's focus is to create a space manufacturing service that will allow anyone, from governments to individuals, to affordably build their own space projects.

An astrophysicist by training, Sean has worked as a designer, fabricator, networking engineer and salesman of laser and optic systems for nLight, MCI Worldcom and Nortel. Sean received his BS in Physics/Astrophysics from Applachian State University and is an accomplished author, voice actor and physics instructor.

Prior to joining JPL, she served as the project manager for the Prox-1 nanosatellite at Georgia Tech. Christine graduated from Georgia Tech with a degree in Aerospace Engineering. She has been using 3D printing in various capacities since 2012.

Kevin is the manager of the Propulsion Advanced Manufacturing group supporting the LauncherOne program at Virgin Orbit. In this role he has been deeply involved in research initiatives utilizing additive manufacturing to fabricate rocket components cheaper, faster, and at a higher performance level than previously possible.

By leveraging internal development as well as partnerships with organizations like NASA, Kevin’s team at Virgin Orbit has advanced the state of the art in powder bed fusion, directed energy deposition, and polymer additive processes for space applications.

In previous roles Kevin worked as the lead build engineer for LauncherOne’s upper stage engine and on the propulsion system for Virgin Galactic’s SpaceShipTwo. He has a degree in Mechanical and Aerospace Engineering from Boston University. 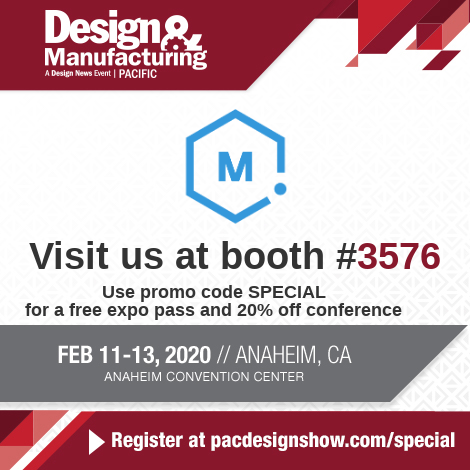 Visit us at Booth #3576 in the D&M area of the Anaheim Convention Center in Anaheim, CA

ADD MATTERHACKERS to your show planner!

Visit us at Booth #1736 in Exhibit Hall D of the Music City Center at Nashville, TN 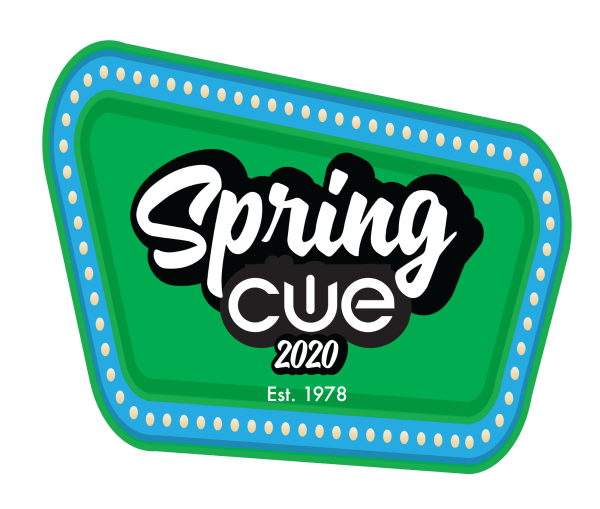 Visit us at Booth #3472 at the Boston Convention & Exhibition Center in Boston, MA.