The 3D Printers for Peace Contest recently announced the winners of their contest to come up with innovative ways to put desktop 3D printers to work for the greater good.  The contest, created and sponsored by Michigan Tech University, was designed to challenge the 3D printing community to create solutions for real-world problems, such as energy conservation, conflict resolution, and medical devices.  Since the mission of MatterHackers is to make desktop 3D printing fun, easy, and useful, we helped sponsor this contest by providing the third-place prize - a sampler pack featuring a wide assortment of our favorite filaments. 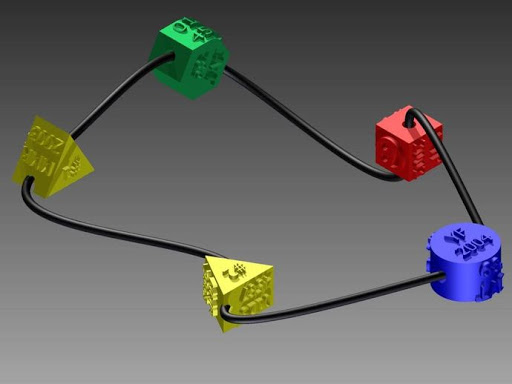 The first place winner was John Van Tuyl, known on Thingiverse as jvantyul. He created beads called VaxBeads. These are made for children in developing countries to wear in order to clearly, quickly, and accurately determine which vaccines they have had and which ones they need. They are harder to lose and can last much longer than a piece of paper. This makes both the doctors’ and the families’ lives easier when it comes to their children receiving healthcare. This also prevents children who have already been vaccinated from getting the same vaccines again, which gives precious resources away to those who do not need it and leaves less for those who have not received them. Some companies who dispense vaccines, like Vaxtrac, are attempting to solve this issue with software, but until then, tracking systems like VaxBeads can fill in the gaps. 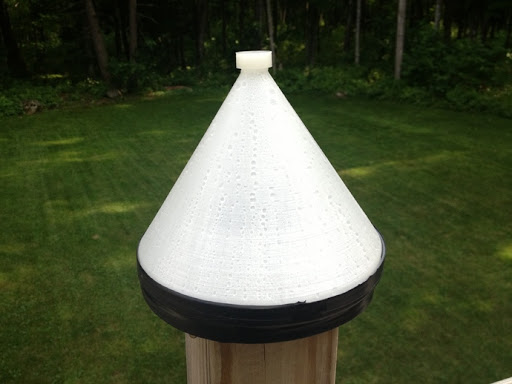 Second place design was a solar powered water purification cone, by Matt Courchaine. The cone uses the surprisingly simple idea of colors to manipulate the light and heat in order for it to be solar powered. White is used for the cone to make the sun’s light easier to pass through. It uses passive solar heating to absorb the sun’s energy by using black plastic for the tray. The water in the tray evaporates then condenses along the inside of the cone, and after a period of time, enough droplets form in order to create drinking water. Imagine putting this in hot areas where water is scarce in order to create pools of water. This allows drinking water to be available for free rather than forcing people to have money-based jobs and purchasing water, which can allow certain communities focused on agriculture and self-sustenance to maintain their way of life. 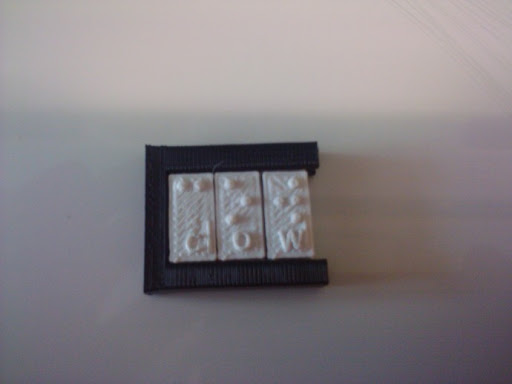 Third place winner was Aaron Meidinger, who created custom Braille text tablets. A person can print any letters they want in order to communicate the desired message. The intent was for a sighted person to be able to help a blind person learn Braille, or just to communicate between sighted and blind people. This could be especially useful for people just learning how to read Braille: they can type in the message they want to communicate, figure out the translation, and create the message almost instantly. This allows for something akin to Braille instant-messaging, but in three dimensions. A game of Scrabble could also be played between blind and sighted people with this, although a board with raised borders for each square would have to be created as well.

What similar ideas can the rest of the community come up with? I personally would be interested in seeing the other entries that did not make the cut for top 3. There are still a multitude of environmental and humanitarian issues that this new technology may be able to help where politics and policy cannot. Hearing about certain subjects can be troublesome and disempowering in many ways because oftentimes we feel like we want to help but wonder how one person can make a difference. The responses that these three people, along with Michigan Tech, MatterHackers, and many other individuals and communities, have contrived are proof that one person can make a difference and clear a path for more solutions. With the desktop 3D printing revolution allowing access to the toolbox that can construct these answers at an affordable price, creating resolutions are not as far away as we may think.