Why adapt to a physical limitation when you could print something to make your life easier? Watch Brandy Leigh Scott, a woman living with Dupuytrens Contracture, learn to customize objects with 3D printing to meet her everyday needs.

My friend Brandy is the most badass chick I know - a very successful post-production supervisor for TV shows we all watch, a loyal and rabid Baltimore Ravens fan, and she will bury you at 80s hair metal trivia. She also has a rare condition called Dupuytrens Contracture; which basically means that since she was seven years old, her hands have been slowly closing up into fists, and she only has limited use of a few fingers. There’s no cure, and it’s progressive over time.

A few months ago at brunch, Brandy was drinking a Starbucks using a plastic cup holder with a handle on it.  She mentioned how much she loves these cup holders because they fit her fingers, otherwise she has to awkwardly hold a cup with two fists. Unfortunately, they don’t make these cup holders anymore.  Had she known they wouldn’t be around forever she would have bought ten of them instead of two. 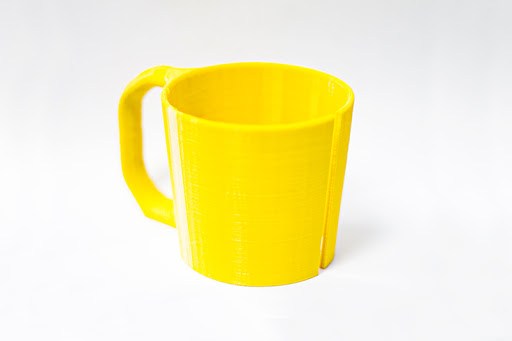 Like many of you, I had recently become obsessed with YouTube videos about 3D printing – gimpy puppies getting new legs, kids with Iron Man prosthetics that cost $40 instead of $40,000, that sort of thing. I had also just purchased a Printrbot Simple Metal and was printing little plastic trinkets off Thingiverse.

“I could totally print that for you.” I joked.

We laughed, but then realized…yeah, I could!  We started kicking around other ideas of what we could print to make her life easier. She shared that her condition was getting worse, and she was now having trouble swiping a credit card when using a parking meter or at a gas station. Her knuckles would hit the machine before she could get the card all the way in.

Not long after this conversation, I got my job at MatterHackers. I met Dave Gaylord, our Director of Print Solutions who is always looking for an opportunities to impact others using 3D printing.

I brought Brandy into the MatterHackers office to meet Dave. After hearing Brandy’s story and taking a look at her hands, he set out to design three customized items which would make a huge difference in accomplishing the day-to-day, routine tasks she was having trouble with – 1. a set of forceps for the credit card, 2. a replica of her handled cup holder, and 3. a handle for beverages in a can.  Like the superhero she is, she could now have her own personal utility belt! 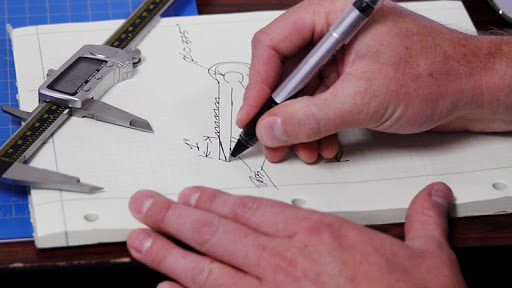 Dave started with basic measurements of Brandy’s hand in the open and closed positions to make sure the designs were suitable for her to use. He then drew basic sketches on paper with Brandy to make sure the designs were headed in the correct direction. Finally, using a CAD program, the three tools were designed with all of the measured details. Prototype prints were made to check form and function. As with all designs, iterations and design modifications were needed. Nothing works on the first shot. The can grip was shortened up and ribs were removed. The forceps length was modified for a bit more leverage and better gripping. Designs were finalized and by Brandy herself in real life scenarios.

These particular items were easy for Dave to design, and since 3D printing is all about customization, we kicked our items up a notch with some personalized details. Brandy often goes by her initials (BLS) so we included them in the forceps design, along with two bits of rubbery material to help grip the credit card.  She loves dice, so a hard eight made it onto the can holder, and we used the image converter add-on in MatterControl to translate her beloved Baltimore Ravens logo into a 3D-printable file for her cupholder (…not for sale…please don’t sue us…Go Ravens!).

Brandy was overjoyed when we were finally able to present her with her new tools. Sure, it’s no fancy-pants Iron Man prosthetic, but sometimes the simplest designs for seemingly mundane things can make a world of difference when introduced to the right application. Brandy uses her forceps daily, and because they can be printed for pennies in filament on my $600 Simple Metal, I can make her as many as she wants – one for the purse, one for the car, one for home, etc.

The most amazing impact is the way Brandy now sees the world and thinks about her condition.  As she goes about her day, if she discovers a task she finds difficult, she is no longer resigned to just adapt.  Now she just takes a deep breath and thinks, “What could we print to make this easier?” 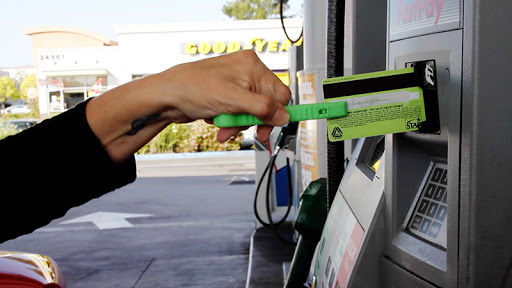 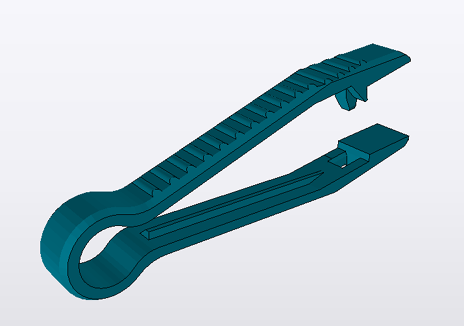