Follow our trial and error process as we take our first attempt at aluminum casting.
MatterHackers
(EDIT)
Add a Comment | View Comments

We have many customers ask us about 3D printing in metal and how they can do it. With most printers, the closest you can get to 3D printing metal objects is using a "-fill" material; copperfill, bronzefill, steelfill, etc. But these are all composites and only partially metal, with most of the material being PLA plastic. To truly print 100% metal is not an easy endeavor, and requires a $100,000 printer. However, there are other ways to take a 3D model and end with a metal part in the same shape without 3D printing in metal: casting! 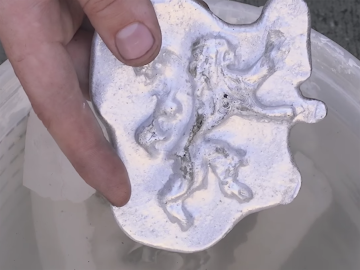 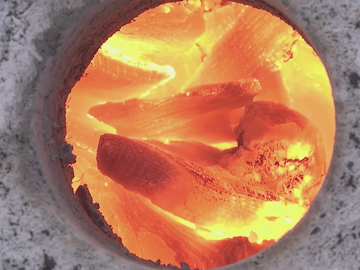 Heating up the foundry to a bright yellow flame.

There are many many many lessons and techniques used when developing a mold for casting. Things like gates, sprues, risers, and runners. So either pick simple models with flat backs to cast, or take the plunge in learning how to properly "gate." Gates are, essentially, support material for casting. With 3D printing, you need support material for steep overhangs, with casting, you need support (risers) to support the points of the model that are parallel with the bed, or are so steep they are past parallel with the bed. You need gates anywhere on your model that is steep enough, otherwise those spots will capture air bubbles and you'll have a poor pour. Add these gates before your print or add them after with wax designed for gating.

There is more than one way to skin a cat, and there are dozens of techniques for making molds for metal casting. I'm going to discuss the two that I attempted: Open-Face and Investment Casting.

This is the simplest mold you can make, whether your mold material is made of high-grade silicone rubber or beach sand. The idea is your part has a flat back and you pour and pack in the mold material over the top of it. You then remove the part or melt it out and are left with a negative in the shape of your original 3D print (or master). In my attempt, I did the following:

This is more difficult to pull off, especially with materials not specifically designed for it. You take your part, gate it, add sprues and runners, then melt out the part. There's a lot of science that goes into making a part that can be molded and cast into that won't have voids and air pockets. In this attempt, I was just looking for something that would work, so I found a model that didn't need support, and therefore, would be an easy pour without any voids. For this method I tried:

So at this point, I had two molds that seemed pretty promising for getting some castings out of them, but first I had to do something to get the prints out of the molds: The Burnout. 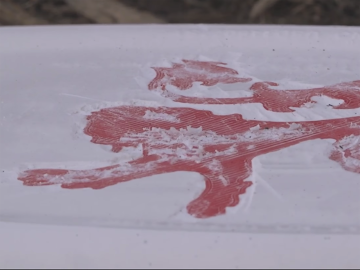 The Lannister 3D print ready to be melted out.

After letting the molds sit out for a week, I needed to remove the prints before I could do any casting. To do that, I needed to fire up the foundry.

Normally, with lost wax investment casting, you melt the wax out and let the mold bake over several hours. The wax vaporizes and leaves a negative space of the original design. With PLA though, I found that either A: it doesn't vaporize, or B: the foundry doesn't get hot enough to vaporize it. The PLA just sort of melted out the bottom, or when the heat couldn't travel further up into the mold, it left the base of the 3D print sticking out the bottom soft and pliable, but the top of it (inside the plaster) as rigid as a finished print. The plaster became extremely brittle after heating it too. The Iron Throne still had the back of it stuck in the plaster, then the whole mold shattered. I was lucky enough that I could lean the Lannister Sigil sideways and the PLA could pour out. On the next attempt, maybe ABS would work better since it catches fine instead of just melting, and would burn out better that way, in addition to getting proper investment materials. 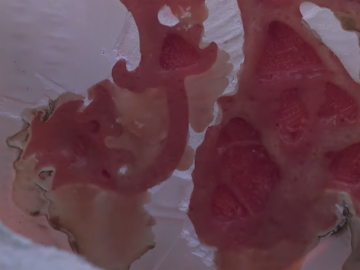 Melting out the PLA before I can do any casting.

Now that I had one usable mold, I needed the rest of this project to work. To prepare for casting I needed to do a couple things first: 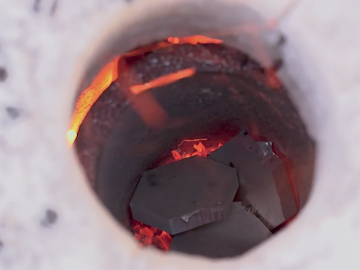 Some aluminum cutoffs from our X-Carve melting down in the crucible.

Because of the way I poured it and the high surface tension of molten aluminum, I got several voids in the sigil, and an overall terrible casting. But like I said before, now I've got a taste of it and I need more. There are many other designs out there that take weeks to properly cure and assemble the materials of the foundry, and proper "cope" and "drag" molds. Now I stare at the casting on my desk, a rough paperweight, and excitedly plan attempt number two.

If you have any questions about how I might do it differently or what you think might go better in some areas, feel free to leave a comment. 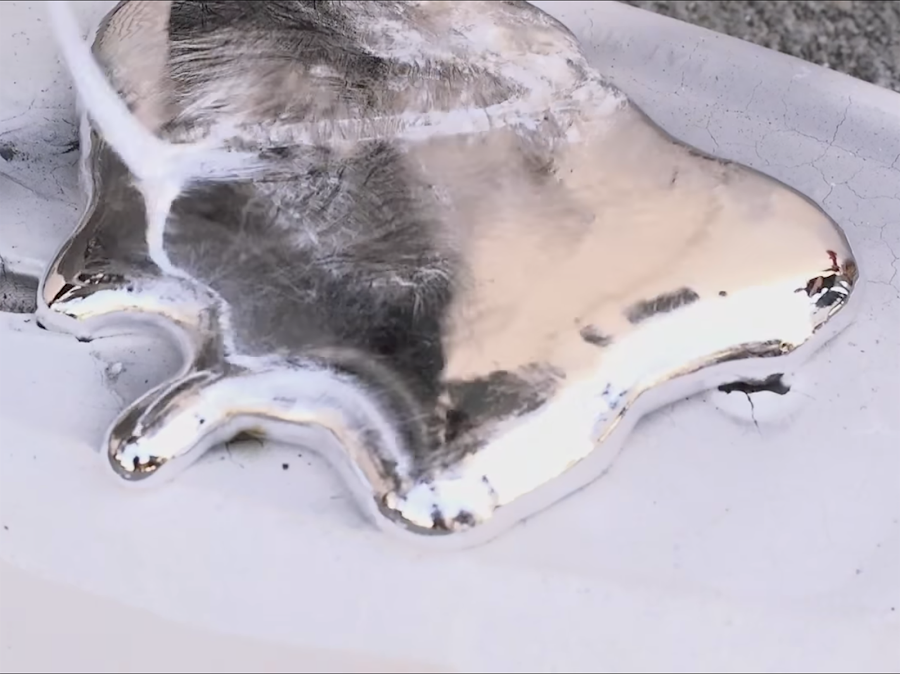 Melted aluminum poured over the mold. Haphazard to say the least.

This was our first attempt at aluminum casting, and it turned out okay at best, but we learned a lot about metal casting. Mostly what not to do, but our mistakes are your learning!