Duet3D Duet 3 ToolBoard is here, the days of a wiring rat’s nest between the mainboard and hotend of a direct-drive 3D printer are over thanks the Duet 3 Toolboards. Connecting to the Duet 3 6HC mainboard via the CAN bus, this board puts all the necessary connections for a hotend and extruder on the tool itself. While this board can keep your single-extruder 3D printer wiring down, it truly shines in multi-tool setups when paired with the Tool Distribution Board, allowing up to 4 toolboards.

The toolboard keeps your mainboard running at peak performance by handling many computations with it’s onboard ARM processor. Instead of running cables all the way back to the mainboard, this tool board accepts the connections from the extruder motor, heater cartridge, thermistor, hotend fan, part cooling fan, filament runout sensor, and z-probe.

This reduces the number of wires needed to two power wires and two twisted pairs for the CAN bus. In comparison a direct drive extruder tool such as the E3D Hemera would normally need four wires for the stepper motor, two for the heater, three to five for 2 fans, and at least 2 for the temperature sensor: total 11 or more wires. If a filament monitor is wanted, 3 more wires are needed; and if a Z probe is wanted, another 1 to 3 wires, totalling 14 to 17. 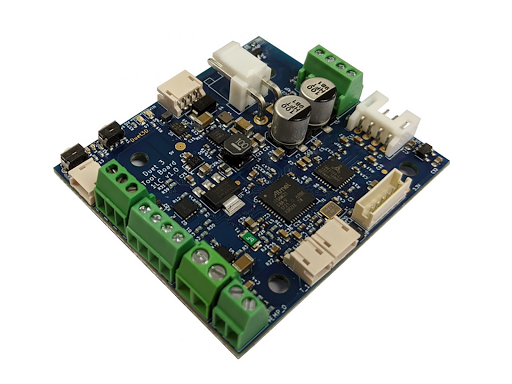 Browse All 3D Printer AccessoriesBrowse All
Back to top
loading...