MatterHackers is happy to provide the Village Plastics Filament Koil, and to enable anyone and everyone to take part in the master spool movement we have created our own spool designed specifically to accept the KVP Koils. Print one of each half, load your Koil and screw the two halves together. We get the best results by removing the cable ties before fully tightening down the spool, just be sure to secure the filament end first.

3D Printing is an amazing place to be today because of the strong and forward thinking community we have built. Over the past several months, that community has rallied behind the concept of a print-at-home spool and manufacturer provided refill packs, instead of a throw away spool each and every time. As the community has grown, so too has the amount of empty spools we all generate, and when Richard Horne released the first version of his Master Spool design he answered the question many had been asking - why do I have to keep buying more spools? It makes sense to have a single, reusable spool that can simply be refilled when the time comes, but for the idea to truly work the suppliers in the market have to take part as well. It was made clear to us at MatterHackers that the community cared about this idea, and when we decided to create this offering we found Village Plastics. They have been part of the 3D printing industry for some time, and were already developing the KVP Filament Koil. With our powers combined, MatterHackers is now the place to buy your Master Spool filament refills, in the form of the KVP Filament Koil. 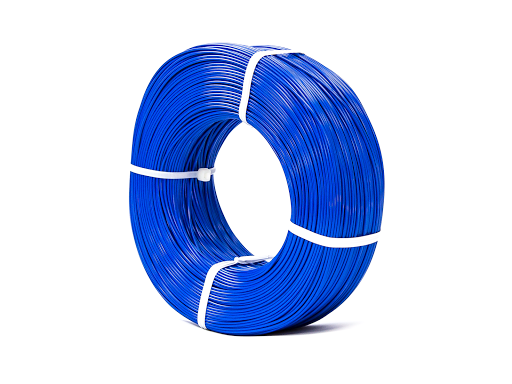 MatterHackers Digital Designs are easy to access and ready to print within MatterControl.

Oops! There was an error - please try again later. Add to Digital Library
Browse by CategoryBrowse All
Back to top
loading...